Paris (01/07 – 36.36) Money was not the reason Kylian Mbappe decided to stay with Paris Saint-Germain rather than join Real Madrid, the president of the French club told Spanish sports daily Marca in an interview published Tuesday.

“I have great respect for Real Madrid as a club, they’re a great club, but Kylian has never decided to renew for the money, that’s the first thing. Madrid’s offer was better than ours,” Nasser Al-Khelaifi said.

“We didn’t talk to him or his family about money until the last moment. Kylian was above all interested in the project, in football and sport. He is Parisian, he is French, and he wanted to stay here to represent his city and his country, his club,” the chairman of Qatar Sports Investments said. Mbappe, 23, joined PSG in 2017 from AS Monaco and has led Ligue 1 in scoring for each of the last four seasons while helping the Parisian team to four league titles and three Coupe de France crowns.

He was also a key member of the France squad that won the World Cup in 2018, becoming only the second teenager – after the iconic Pele – to score in the final.

Real Madrid approached PSG about acquiring Mbappe in the summer of 2021, but the French club turned them down, despite knowing that the striker could leave on a free transfer at the end of the season.

“I know 18 months ago that Mbappe wanted to stay. I heard that Madrid said he wanted to play for Madrid, but it wasn’t true,” Al-Khelaifi told Marca.

“In the summer they made an offer of 170 and 180 million (euros, $190 million at today’s exchange rate). That means that Madrid’s offer, plus his salary, was already better than ours, as it is now,” the PSG president said.

“I turned down 180 (million) and they told me I was crazy, people I trusted, because he could leave for free, but I did it because I was sure Kylian was going to stay because I know him and his family well, I know what he wants. Kylian is very serious, professional, and he wants to play and win, he doesn’t care about money. I understand that Madrid are disappointed, but it’s not fair to say that about Mbappe,” Al-Khelaifi said. 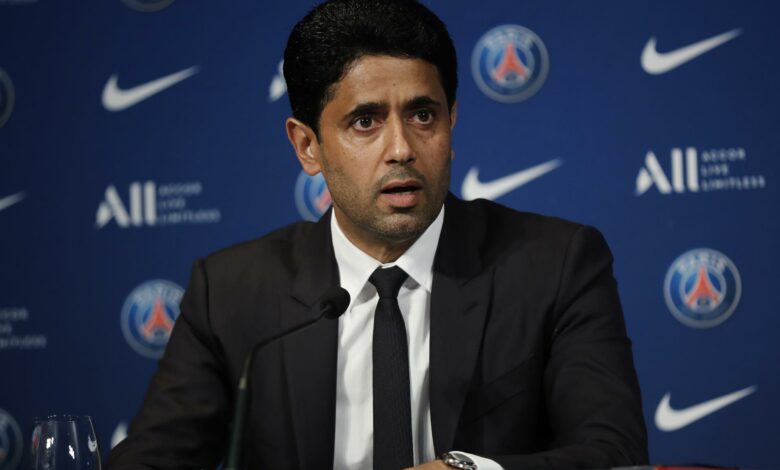 The same day that Mbappe and Al-Khelaifi announced the forward’s new contract before the start of PSG’s final match of the season, LaLiga chief Javier Tebas vowed to bring charges against the French club for allegedly breaching UEFA Financial Fair Play rules.

When Marca asked if he was concerned about Tebas’ threats, Al-Khelaifi replied: “Who is Tebas? I don’t know that person.”

“Our style is not to interfere in the affairs of other clubs, other leagues or federations, it is not our style. But I am not going to accept that others give us lessons,” Al-Khelaifi said.