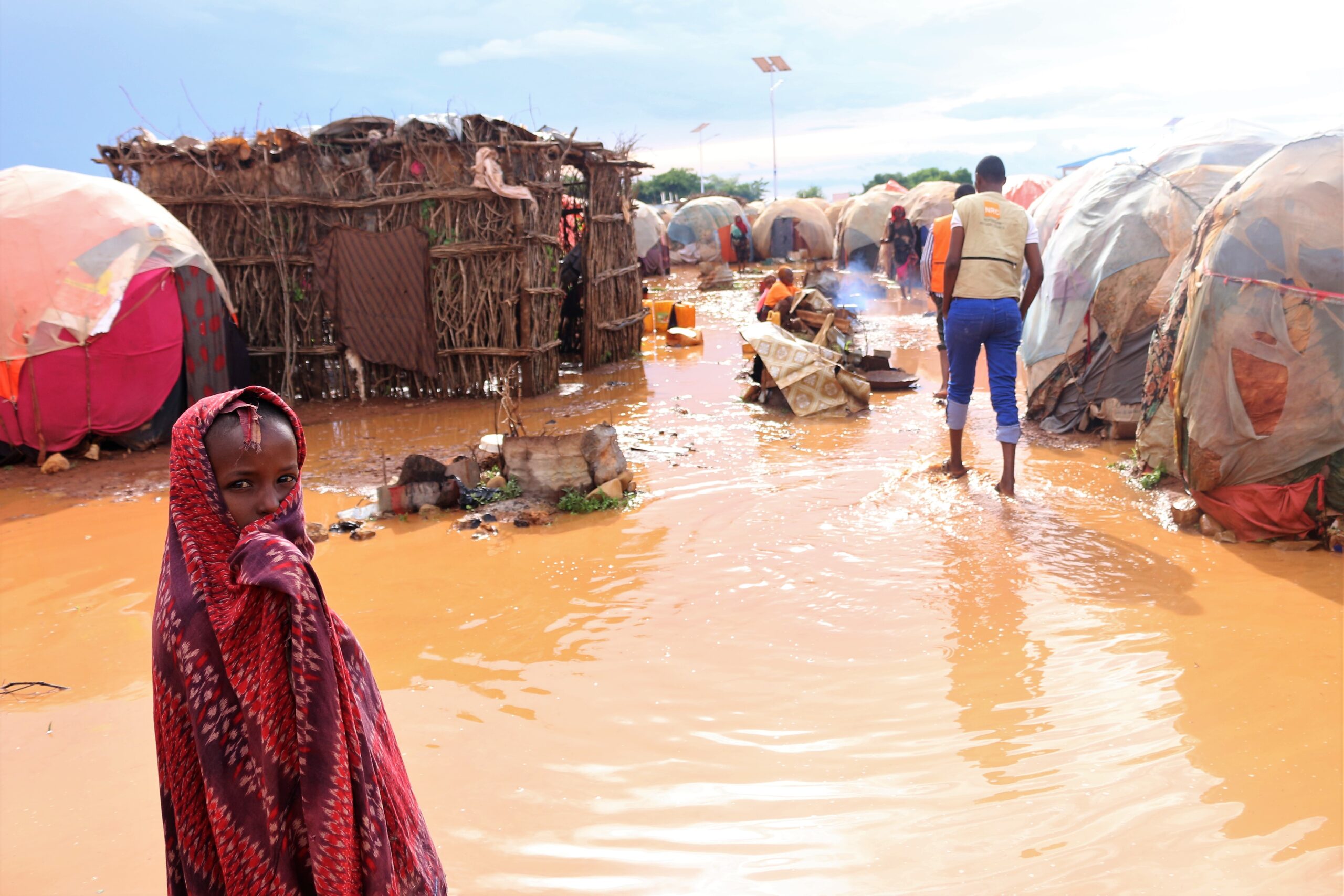 Tens of thousands of children in Sub-Saharan Africa have been forced out of school or seen the start of their academic year delayed after heavy floods drove them from their homes and destroyed classrooms, Save the Children said today.

The organisation is urging governments to step up repair work on schools and provide temporary classrooms for children who had to flee so that they do not fall behind even further following the devastating impact of COVID-19 on their education. Governments also urgently need to set up alternative shelter for families who have taken refuge in schools.

More than 1.2 million people, including an estimated 600,000 children[i], were affected by floods between August and the beginning of September in over a dozen countries. Hundreds of people were killed, hundreds of thousands were left homeless[ii] and crops were destroyed. Recent floods in Nigeria and Guinea have forced even more people from their homes — and more children out of school.

Tchima, 48, from Niger, whose village was in the path of the floodwaters, described the devastation:* “We have nothing left now. The houses collapsed and the water took everything away – we don’t know what to do. I live in a small room with three other females, including my newborn baby granddaughter.”*

Many schools across the region are no longer in use because they have been flooded, destroyed or used as shelters. In Sudan and Niger alone, 116 schools have been damaged over the past two months.

We know from experience that it takes quite some time to repair schools, and many of these children have already missed months of education because of COVID-19

The floods mean extra barriers to education, in areas where rising hunger, ongoing conflict, and the impact of the COVID-19 pandemic have already affected children’s learning.

10-year-old Yasmin* from Somalia said: *”I was thrilled to be learning again, seeing my friends and teachers, but after only three weeks, we had floods that forced our school to shut again. This is really sad. Children in other regions of Somalia are learning and gaining valuable knowledge while I’m hungry and struggling on the outskirt of the town.” *

“The floods are devastating children’s education. The scale of the damage will prevent thousands of children from going back to school any time soon. We know from experience that it takes quite some time to repair schools, and many of these children have already missed months of education because of COVID-19. The longer children are out of school, the less likely it is they’ll return — they are put to work instead, or run the risk of being married off.

“Several countries in the region are prone to flooding, but we are seeing more frequent and more deadly floods across the region – a real impact of climate change,” Hazard added. “It’s vital that governments, with national and international partners, increase funding to ensure that children have access to the right distance-learning. By investing in low-tech, inclusive and affordable distance education, we can protect the futures of all children — including the most marginalised.”

In response to the floods, Save the Children is supporting children and their families with healthcare, nutrition and referrals for further medical treatment. The organisation is also providing educational support , boosting water purification and supplying household kits to families who have lost everything.