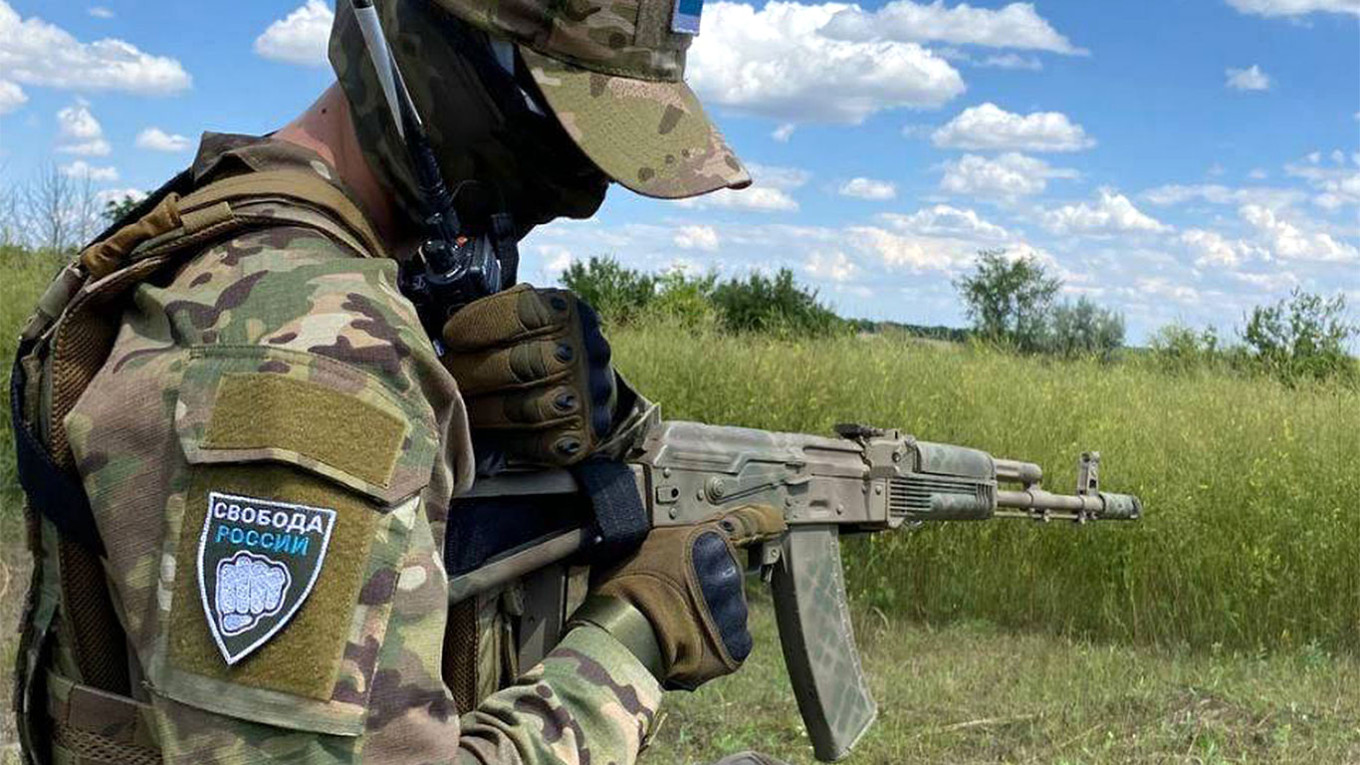 And some are so vehemently opposed that they are apparently prepared to take up arms against their country and fight alongside the Ukrainian army.

The Freedom of Russia Legion claims it was formed in March, when over 100 Russian soldiers gave themselves up to Kyiv’s forces.

“I ended up in this war anyway. I thought I would either die as an occupier and murderer or die with a good conscience. So I switched sides,” said a 26-year-old former Russian soldier turned legion member who asked to be referred to by his nom de guerre of Arni.

Along with ex-soldiers, the legion is apparently also made up of Russians who traveled to Ukraine alongside other foreigners to fight with the Ukrainian army in the months after the invasion. It is one of many units — from Georgians to Belarusians — operating as part of the International Legion for the Defense of Ukraine set up by Kyiv at the start of the war.

However, unlike other national units, the Freedom of Russia Legion is shrouded in secrecy — from its exact size to where it has fought — with some even claiming the lack of information suggests it’s little more than a Ukrainian PR project. 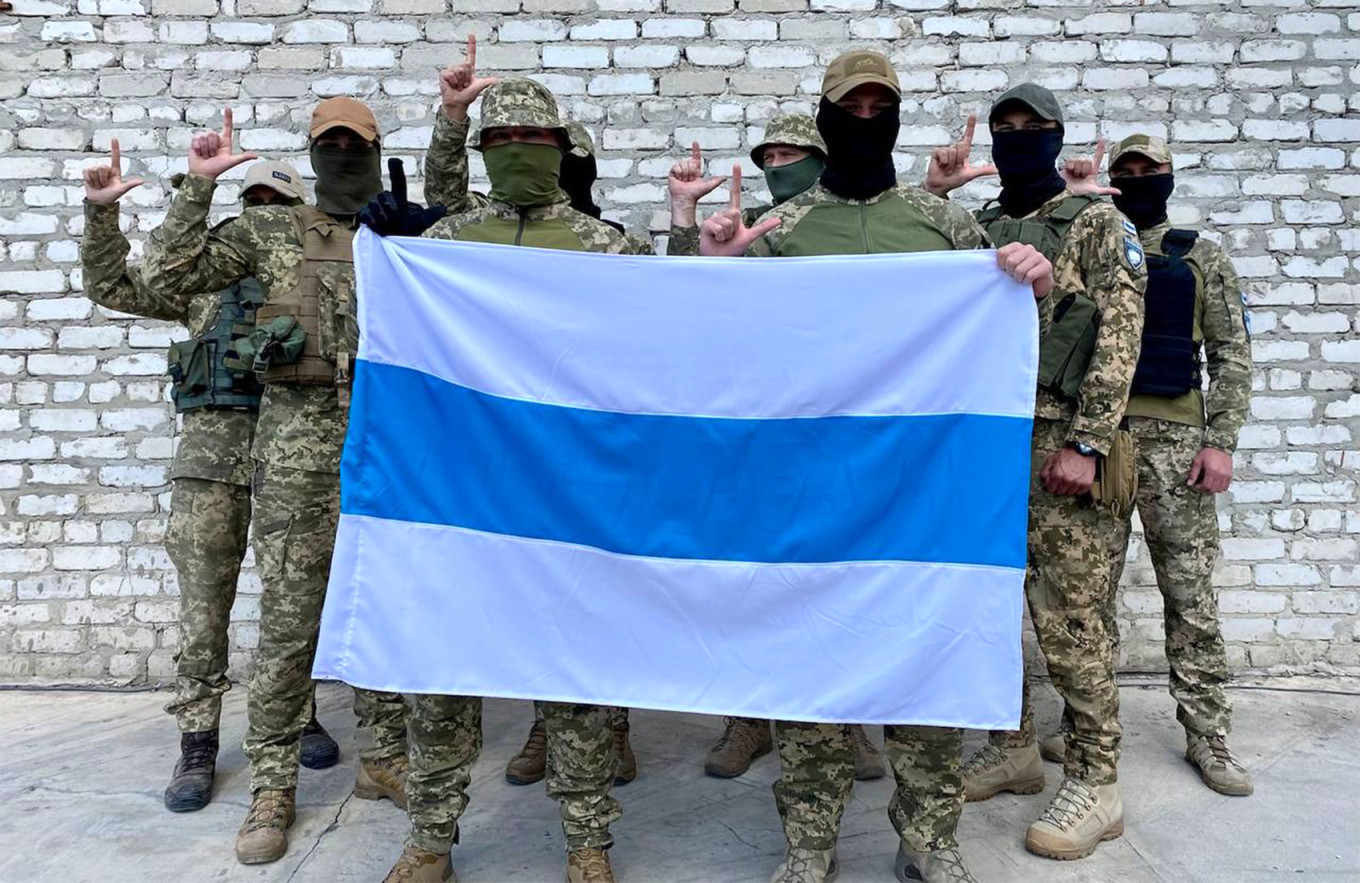 In what it described as a “manifesto,” the legion pledged in April to “fight for a new Russia” and get rid of “[President Vladimir] Putin’s dictatorial regime.” Soldiers in the unit use the white-blue-white flag that has become a popular symbol of Russia’s anti-war movement.

Arni, who spoke to The Moscow Times on a video call during which he covered his face with a mask, said that he decided to join the legion to fight for “the light side.”

One of the legion’s most closely guarded secrets is its size, with estimates placing it anywhere from several hundred to over 1,000 soldiers.

Ukrainian Presidential Adviser Oleksiy Arestovych said in June that the group had a “few hundred” members. But the legion claimed last month it consisted of two “fully manned battalions,” which could potentially mean more than 1,000 fighters.

Exact information on numbers of soldiers is “classified,” according to Arni. But he said about 300 requests for joining the unit are submitted every day.

“It doesn’t mean that that amount of people join us on a daily basis. We must review those requests, plus [Russian] intelligence services are trying to spam us,” the soldier said. 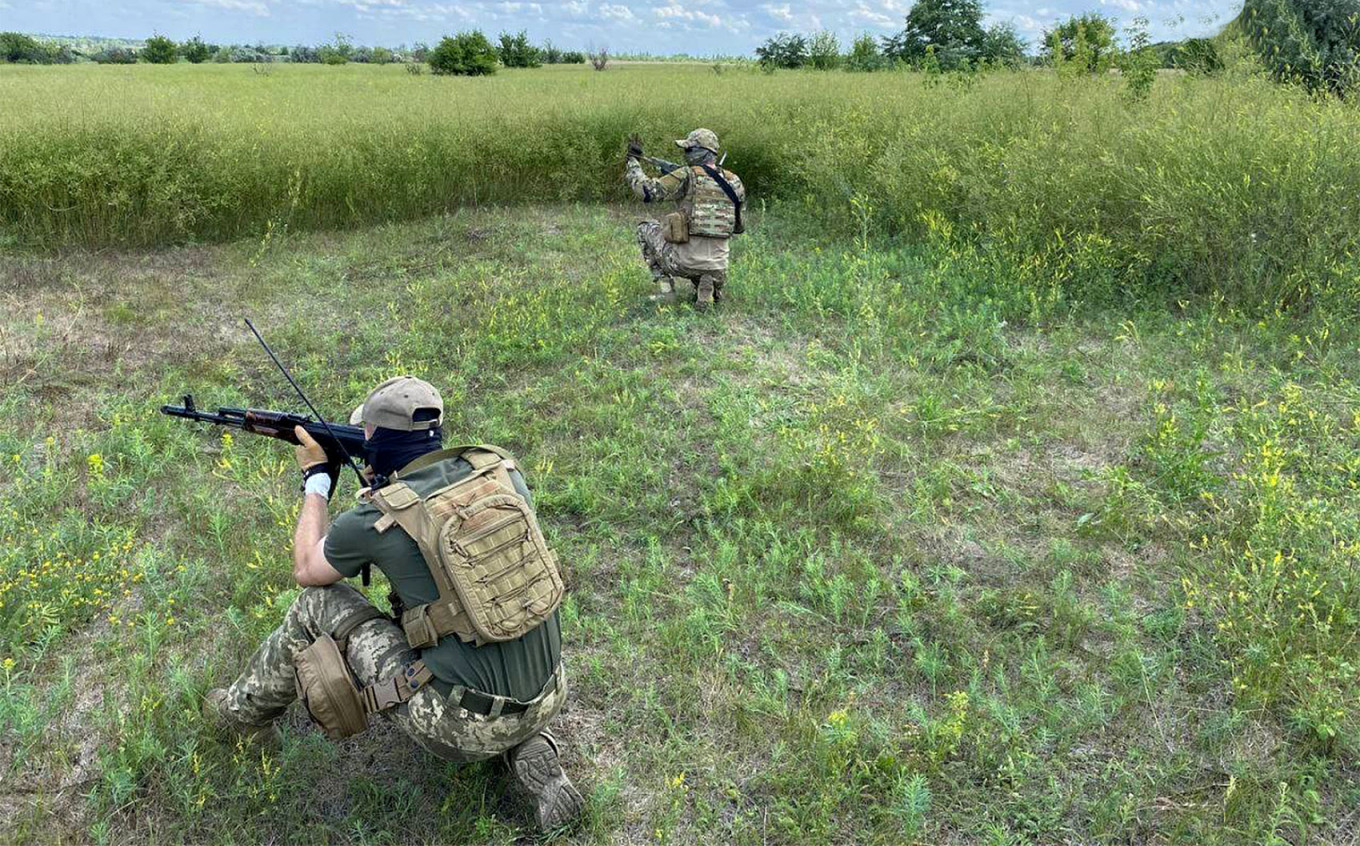 The unit is active on social media and its accounts together have more than 94,000 subscribers. In a June video, the group claimed it had supporters across Russia who were helping spread information on how to become a member.

Another soldier, who spoke to The Moscow Times on the same video call as Arni, said he traveled from Russia to Ukraine to join up in April.

“I took the risk because I want to fight against Putin. I want a free Russia,” said the 25-year-old soldier, who claimed he was in Ukraine and gave his nom de guerre as Professor.

He said he was a postgraduate student at a university “somewhere” in central Russia and began to support the opposition following the Moscow protests of 2019 and the arrest of opposition activist Yegor Zhukov.

When the war started in February, he felt “ashamed” and “couldn’t stay away, he said.

The majority of the legion’s members keep their identities a secret out of fear of reprisals and to protect their families, which makes it impossible to independently verify their accounts.

A group of masked men who said they were legion members told an April press conference in Kyiv that they were former Russian soldiers, but refused to give any information about their Russian units or where they had served.

The legion, which admits it recruits in PoW camps in Ukraine, has posted videos of Russian prisoners giving their names, denouncing the Russian regime and pledging allegiance to the legion. It is unclear if these men were under duress at the time and one video shows a soldier with what looks like cuts to his face. 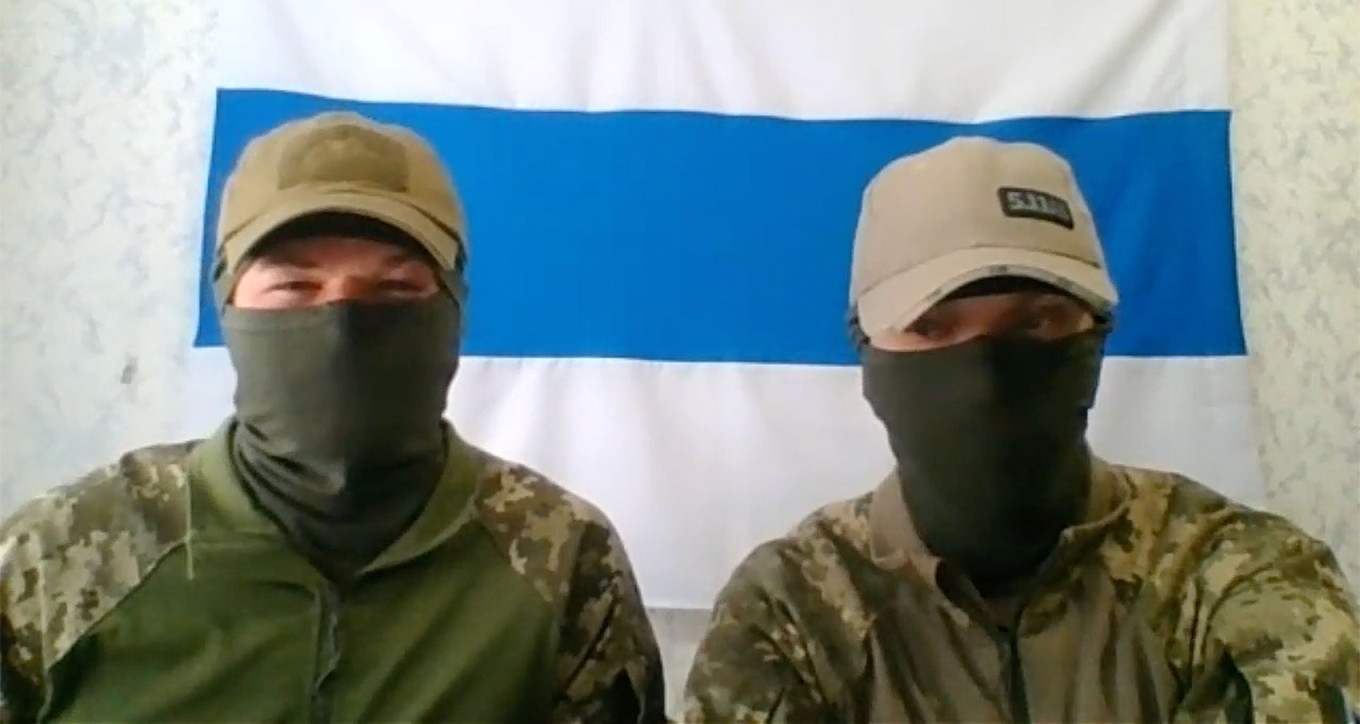 The most high-profile member of the group is Igor Volubuev, a former executive at state-owned Russian bank Gazprombank. Born in northeastern Ukraine, Volubuev lived most of his life in Moscow, but fled to Ukraine after the invasion and announced in June he was joining the legion to help make Russia “a free democratic country.”

In addition to its size, there is also little information about where the legion has been involved in combat. The legion claimed its soldiers arrived in eastern Ukraine in May, with footage on its Telegram channel apparently showing battles near the eastern Ukrainian cities of Sievierodonetsk and Lysychansk.

The secrecy surrounding the legion has led some to assert that it may not be what it seems.

“There might be some [Russian] fighters, but whether it is organized in the way it is presented remains an open question,” Illia Ponomarenko, defense and security reporter at The Kyiv Independent, told The Moscow Times.

A recent report in Harper’s Magazine described how Ukraine did not have the capacity to process and deploy foreign fighters who flocked to the country in the weeks after the invasion, and suggested foreign units were more PR than reality. 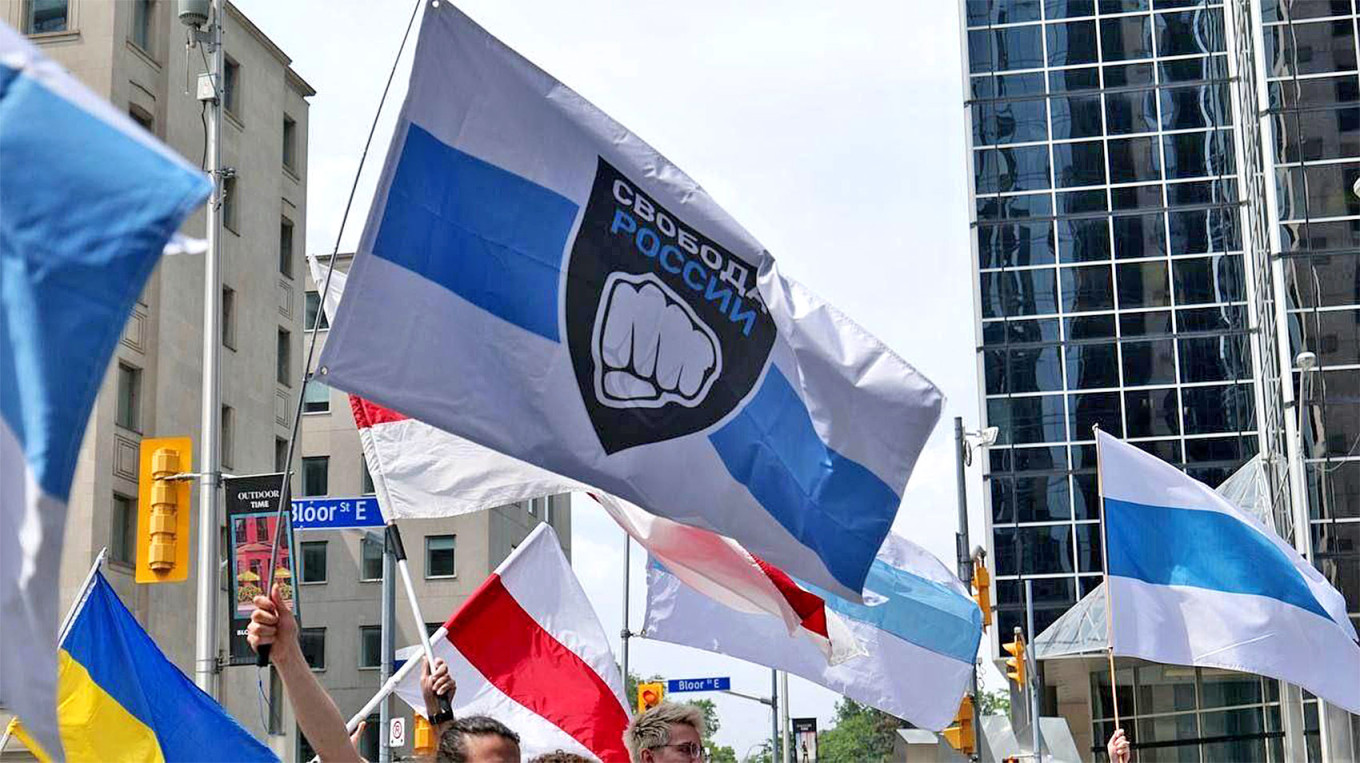 Ponomarenko said the fate of foreign fighters in Ukraine depended a lot on the military unit with which they ended up becoming affiliated, as well as their commanders.

“It’s clearer with the International Legion — there is a large number [of foreign soldiers] and they did take part in combat, for example, in Irpin, Sievierodonetsk and Lysychansk,” he said. “But little is known about the [Freedom of Russia] legion.”

State-controlled Russian media and pro-Kremlin Telegram channels have questioned the existence of the legion altogether, calling it a fake or alleging it was created by Ukrainian intelligence.

Yet at the same time, the Russian authorities have detained at least three men for being associated with the legion, according to media reports.

Russia toughened treason laws last month and those who fight against the country “in an armed conflict, hostilities, or other actions” can now be jailed for up to 20 years.

Apart from the risks if they are caught by Russian forces, fighting for Ukraine obliges those enrolled in the legion to confront a moral dilemma.

“I have some resistance inside me,” the soldier who called himself Professor admitted to The Moscow Times.

“I realize there are guys like me on the other side. But I cannot go against my principles — I want my country to be free and democratic.“