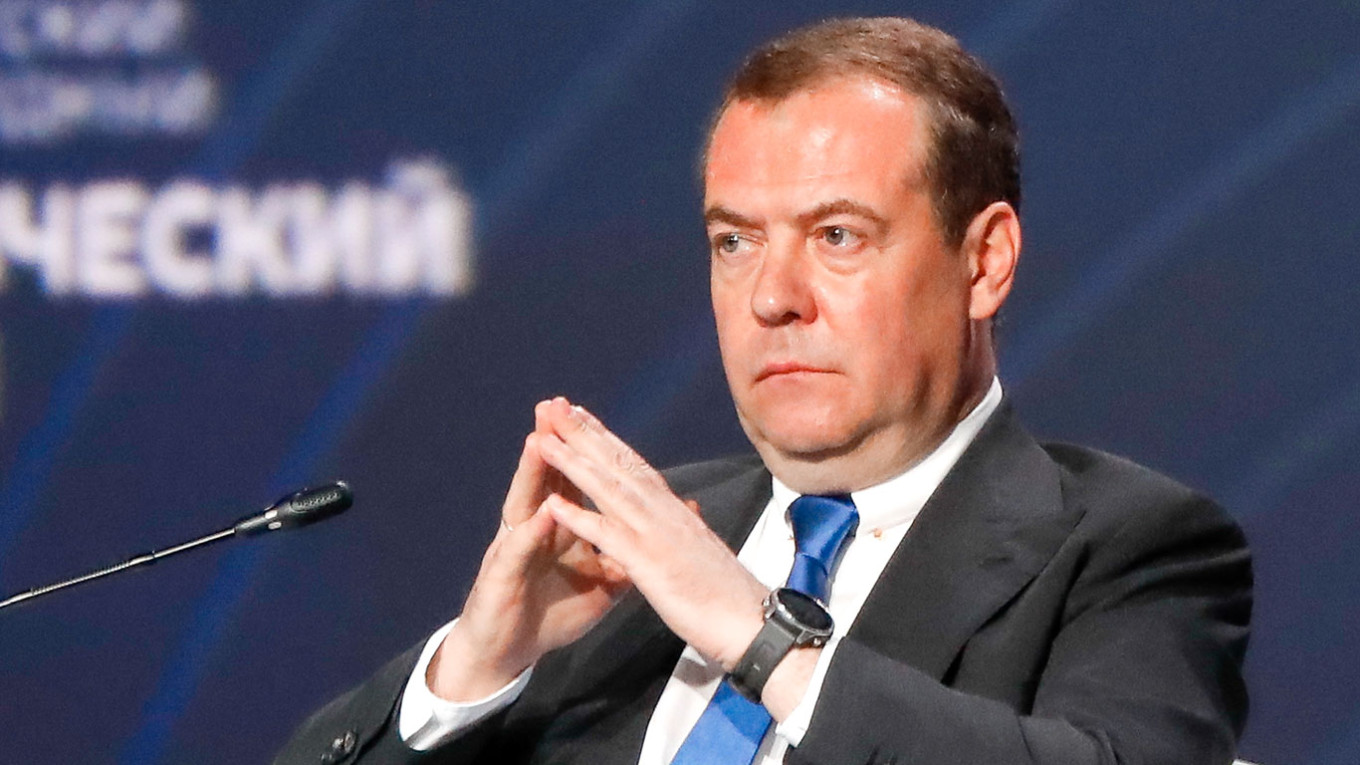 Russia’s ex-leader, who has become increasingly hawkish since the invasion of Ukraine, made the threat in a post on messaging app Telegram about the shelling of the Zaporizhzhia nuclear plant in Russian-controlled southern Ukraine.

Moscow and Kyiv have been trading the blame over attacks on the facility that experts warn could lead to a nuclear catastrophe.

“It seems like Kyiv scumbags and their Western patrons are ready to orchestrate a new Chernobyl. Rockets and shells are falling closer and closer to the Zaporizhzhya nuclear power plant reactor,” Medvedev said in the post.

“They say it’s Russia. This is obviously 100 percent nonsense even for the stupid Russophobic public [in the West],” he added.

“What can one say,” Medevdev concluded. “Don’t forget that there are nuclear sites in the European Union, too. And incidents are possible there as well.”

Once seen as pro-Western, Medvedvev, the current deputy head of Russia’s Security Council, has made a number of strongly anti-West and anti-Ukraine statements since Russia’s attack on Ukraine in February.

Medvedev warned the West in May that sending arms to Ukraine could lead to a proxy conflict that risked escalating “into a full-scale nuclear war.”