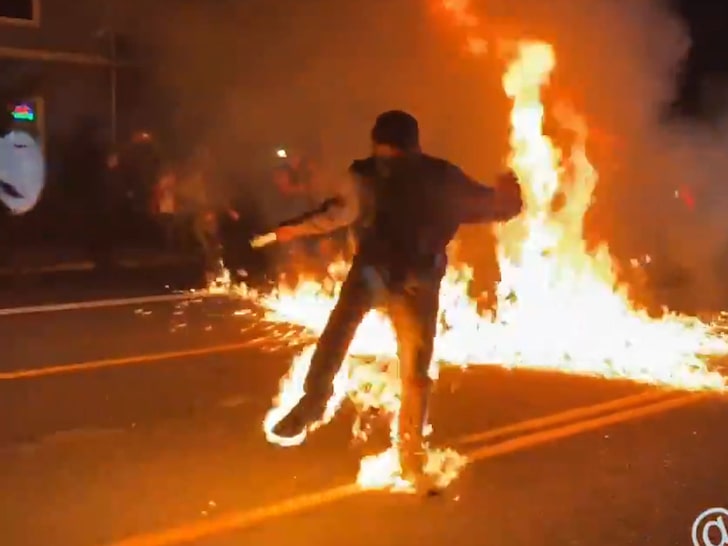 New York City (15/1).  With tempers running hot and the Capitol protest, Democrats and media who had ignored or dismissed vandalism or violence at protests for months suddenly discovered the law again and they are using the incident to try to crush anyone related to the rally, despite the fact that thousands of people went with the intention to peacefully express their political opinions and only a smaller number of extremists broke the law.

Unlike that violent Antifa folks who have rioted for months and mostly gotten away with it because of the Democrats who are in control in cities where Antifa does their dirty work, anyone who broke the law in the Capitol protest will feel the wrath of the law big time. Republicans have all condemned those who broke the law.

But even those that did nothing wrong, who just went to the rally or had connection with the rally are now being demonized and doxxed by the left, to be punished, as we reported.

The point is to make Trump, or indeed anything on the right, and questioning the election toxic, so that no one dares do it.

During the inauguration of Donald Trump, thousands of radical leftists rioted in the streets of D.C., attacking police, setting things on fire. Not only did Democrats not condemn that action against the government, they legitimized it by calling Trump illegitimate, with 71 members of Congress saying that and refusing to attend his inauguration. Yet all their Twitter accounts are intact, no one has called their actions “inciting.”

Meanwhile, now with a Democratic administration on the horizon, today, a large group of Antifa has come out of their normal actions in the darkness, to march boldly down 7th Avenue in New York City in the broad daylight, chanting, “Whose streets, our streets!” They’re in full black bloc regalia, even with battle shields, including at least one red

Does this look like “just an idea” in the words of Joe Biden?

Here they are organizing on Twitter, which has been up for more than two days. Twitter apparently had no problem with that.

Here’s longer video of the event.

But they’re antifascist, media claims, isn’t that good? But they consider the U.S. “fascist.” That’s what’s missing in this explanation. They literally chant for “No USA at all” as part of their chants calling for an end to the U.S. government and fly anarcho-Communist flags, the red and black flags of Antifa. Today, they had a big banner, “Dump Trump and Capitalism.” Yet media and Democrats pretend it’s not happening, claim they’re “Proud Boys” or white supremacists in disguise or even justify their actions because they agree with them politically.

Talk about insurrectionist. BLM and/or Antifa rioters have burned and attacked state/federal buildings for months, injured hundreds of cops, causing billions of dollars in damage. More than 32 people were killed in the riots. The riots/actions are still continuing even though media have largely stopped covering them.

So will Twitter pull their accounts? Will Big Tech kick off Twitter for inciting? I think we know the answer.

An Ancient African Artform To Be Revived?
Tech Corporations Fully Embraced the Concept of Censorship