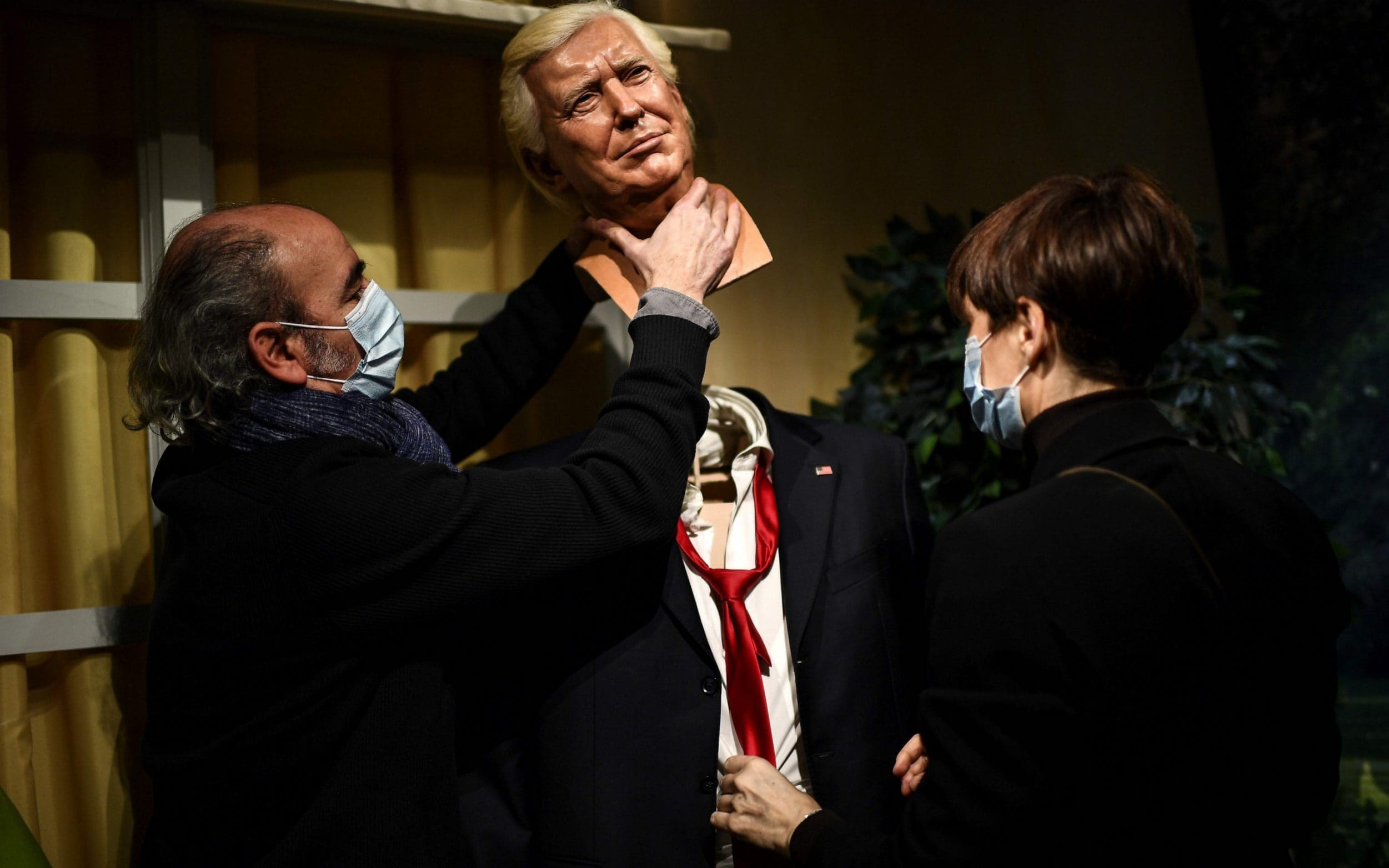 Washington (28/1-20).   With the Trump administration unceremoniously fired, purges on-going, popular resistance executing a ‘bud light putsch‘ by ‘insurgents’, and the far left Antifa rampaging through the cities in what is known within far-left extremists as the ‘summer of love’ the new U.S. administration has taken over and is business as usual.

Back on the agenda is the much-hated Paris climate accord, which was rejected by the Republicans long before Trump stepped in the limelight, a return of détente with China, Russia, and halting the withdrawal from Germany, Afghanistan and Syria and Iraq.

Despite the grand announcement by Biden, extraordinarily little will change, as many of the incoming officials are warmed over bodies from Clintonian and Obama administration. But hate Trump or love him as the now former president is again citizen Trump, the progressive U.S. policies will return.

Trump will regardless of the impeachment spectacle by the Democrats remain a fixture in U.S. political life. Much to the irk of the Democrats. Trump will be the perfect future spoiler for the Republicans. The message to the left, make a deal with us, or we let the Swamp monster return to Washington.

Even moderate Republicans who gave the Maverick the benefit of the doubt at the end broke with the now citizen Donald J. Trump. Hard nosed centrists like Michael Hayden, a lifelong Republican favored Biden over Trump. Hayden made no secret about the retired four-star disagreed with some of the policies of Biden but he sees Trump as a bigger threat than the incoming president. “Biden is a good man, Trump is not”, is a hard judgment from another wise restrained ex-CIA and NSA chief.

For Indonesians the drama in Washington, nothing will change.

Poverty, unemployment and corruption reached concerning levels with unrest brewing. Just listening to the men on the street, corruption, unemployment is on the top of the list of concerns. Foreign investment to Indonesia remains sketchy at best with COVID-19 redrawing the social, political, and economic life.

‘The fundamental elements of an effective society and sustainable future is based on the rule-based laws. Indonesia remains despite the tremendous opportunity for the country and society, incapable in tackling corruption’, said a long-term expatriate resident.

‘The Indonesian elites have no incentives to change the culture of corruption. Anyone who can, leaves.’ she said. The countries brain drainage of talented youth leaves the country as the outlook are uncertain. Little upwards mobility is present. ‘Indonesia today looks more like pre-1998 days than going forward’.

Experts agree. Indonesia’s wealth, culture, and opportunities should propel the country in the top economic spheres in the region. Instead, deep rooted corruption in particularly with the police and judiciary hampered any credible sustainable trust in the country. The economy repeatedly misses performance, budgetary and trade goals.

‘Excuses abound but the core problem remains corruption’, said a Jakarta based economist. The 2020 Gallup survey polling the annual mood in the country said that eight out of ten (!) Indonesians last year experienced corruption in the hands of officials. Top of the list are the police and judicial bodies. The anti-corruption commission, locally called the KPK, is poorly perceived in the public.

Experts, lawyers, and the public view the KPK under Jokowi was rendered ineffective and years of making progress in battling corruption has not improved the situation in the country. An anti-corruption task force, like the counter terror unit proposed by the former chief of police now minister of interior with presidential ambitions was shot down by powerful actors.

‘The KPK is clearly not effective’, a lawyer for the British business community said, ‘a unit like the Untouchables in Chicago is long overdue and desperately wanted by the public’. But he added it would take considerable courage by anyone in Indonesia to take on powerful police officials, judges, or other corrupters, he added.

Unless the government does not punish corrupt police and other officials, continue to protect the Indonesian Chinese conglomerates in destroying the environment and are involved in dubious practices, the government does not hold individual corporate officers responsible for forest destruction, corruption and mismanagement, Indonesia is not qualified for an investment endorsement.

Reports of extra-judicial arrests, false charges and corruption involving defense lawyers, judges and police prosecutors is a daily affair. But who cares? Nobody said a senior director of a global shipping company. The collective apathy to fight corruption is present. The administration of President Jokowi will not look favorable at the end of his term.

Poverty remains, education is poor, job creation almost non-existent, corruption rampant, intolerance rising. Unemployment on the rise with zero future for the average citizen. The protection of citizens and corporate investors alike, nil. ‘Not worth the hassle’, says an Singapore investment broker.

From an investment climate despite the overly rosy predictions by experts a more conservative “hold” position should be taken. Indonesia is failing the performance parameters for sustainable investment.

Afghanistan: Quagmire of road to Peace?
An Ancient African Artform To Be Revived?