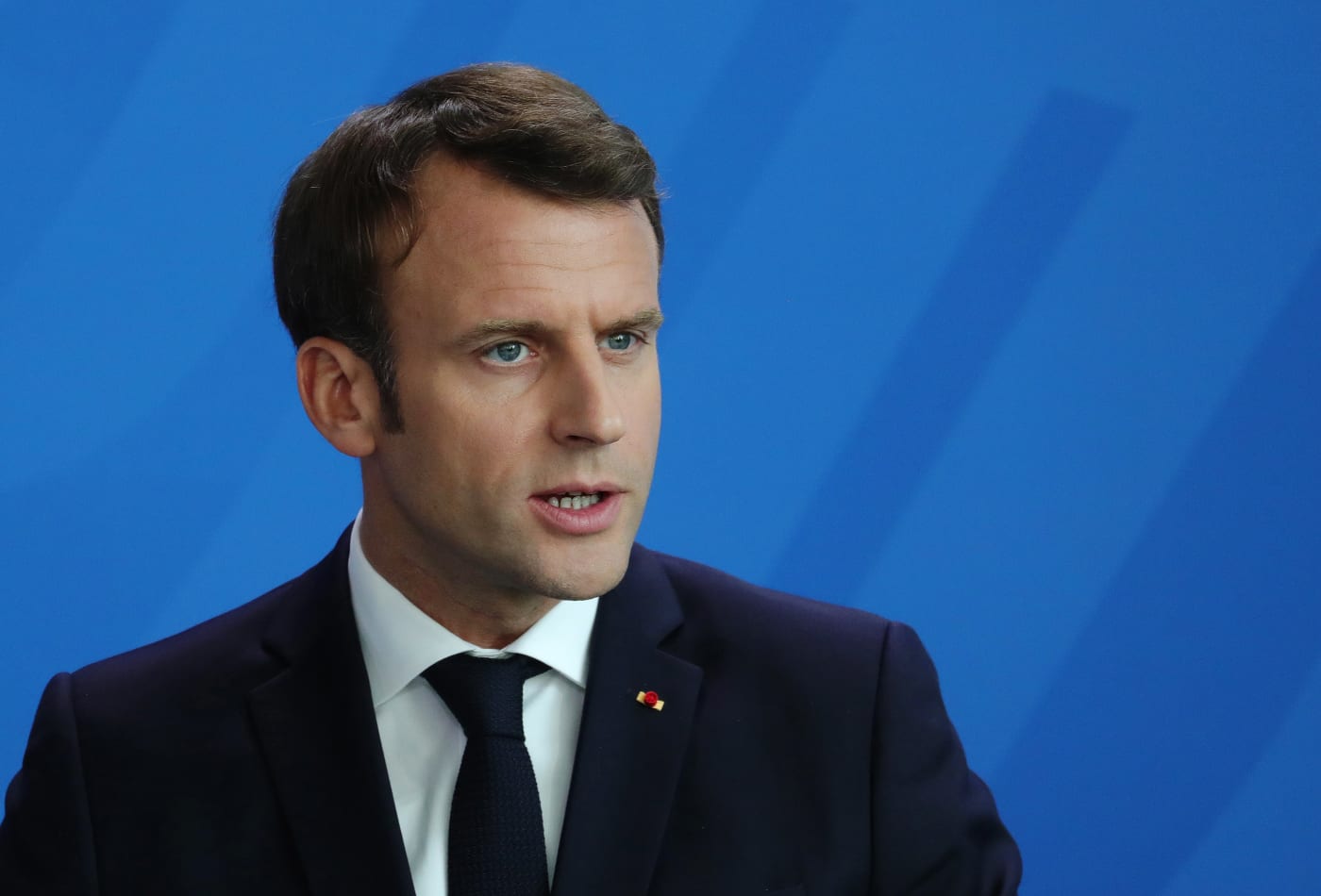 The severed heads of the resistance fighters were displayed in a market square first. Then they were shipped back to private collections in Paris. For decades, they were boxed up in a museum basement and finally, this July, Emmanuel Macron sent them home.

As the Algerian military transport taxied to halt, the country’s leader, the chief of the army and a Muslim cleric lowered their eyes and 24 coffins draped with green, white and red of their national flag were carried across the tarmac.

For President Abdelmadjid Tebboune, the moment was recognition of a massacre by the French more than 170 years ago. For Macron, it’s part of his effort to project a modern image of the French state at a time when ethnic divisions at home have been laid bare by the Black Lives Matter protests against police violence.

With Group of 20 finance officials due to discuss a heavily French-backed plan for African debt relief Wednesday, Macron might have expected to be afforded special status. But in fact he’s struggling to preserve France’s historic role in a part of the continent it dominated for more than a century.

Macron has said he wants to see the return of many more African relics and artifacts taken during the colonial era. He supports efforts in West Africa to split from the French-backed common currency and has promised to open the archives on the genocide that took place under a French-backed government in Rwanda.

It is not going to be enough.

With more than 1 billion increasingly urbanized people driving rapid economic growth, Africa is attracting interest from rising powers like China, Russia, the Gulf states and Turkey. That means the continent’s leaders are no longer as dependent on France while Macron’s own bridge-building efforts are held back by political threat at home from Marine Le Pen, the right-wing populist who won a third of the vote when she ran for president in 2017.

The social tensions in French cities and the loss of influence abroad can both be traced back to the same issue: France’s failure to confront its bloody past, according to Brahim Senouci, a physics professor at the University of Cergy-Pontoise who campaigned for 10 years for the fighters’ skulls to be returned to Algeria.

“Macron is on the front lines of this battle and he is playing for the survival of France’s place in the world,” he said in an interview.

After the independence of a vast swathe of countries across the northern part of Africa some 60 years ago, Charles de Gaulle established a network of relationships to maintain French influence.

Paris provided military backup to friendly regimes in exchange for diplomatic support and lucrative deals for its companies, often turning a blind eye to domestic abuses. Even after independence in 1962, French nuclear testing exposed thousands of Algerians to radiation poisoning.

Previous presidents have condemned that legacy. But none has tried to do much about it.

Macron, 42, is the first French leader born after the colonial era and the difference shows.

On a 2017 campaign stop in Algeria, he called French actions in the country “a crime against humanity,” unprecedented words for a presidential candidate.

Of all France’s former African territories, Algeria provokes the strongest reaction. It was run as another part of the French state and only won independence after a brutal war that left huge fractures in French society.

An official close to the president said Macron believes that for years France took its relationship with its former colonies for granted. Now the administration has woken up to the fact that it has work to do, the official said.

Macron himself argued in an Oct. 2 speech that France also needs to reach a new understanding of its past so those whose ancestors suffered from colonialism can feel that they belong just as much as those whose families benefited from it.

France “has unresolved trauma with facts that have laid the groundwork for our collective psyche, our project, the way we see ourselves,” he said.

The scale of the challenge in Africa itself was made painfully obvious to the president on a visit to France’s largest overseas military base in Djibouti last year.

When he took office three years ago, the plot next to the French base was empty. By the time he visited in March 2019, it was occupied by a Chinese camp set to dwarf the French presence.

Djibouti’s president, Ismail Omar Guelleh, lives in a palace built by the Chinese too and he’s connected to neighboring Ethiopia by a new, Chinese-built railroad.

His people worship in a giant Ottoman-style mosque, known as “Turkey’s gift to Djibouti.”

As Macron addressed a select audience in the capital, one of Guelleh’s senior aides said the focus would be back on China as soon as he’d left — they come with real money, the official said.

It’s not just trade and investment that gives China and Turkey an edge in Africa. They don’t have to deal with the colonial history that hangs over France and other European powers.

Erdogan in particular seeks to pitch Turkey as a benevolent alternative, wholeheartedly supportive of Islam, as he challenges European influence in the eastern Mediterranean and Libya.

Such words have resonance.

Once the Algerian fighters’ remains had been buried this summer, President Tebboune demanded Macron make a formal apology and open up classified files on the war of independence.

In Mali, demonstrators were burning the French flag last year, blaming French troops for failing to stamp out an islamist insurgency that France has been helping to fight since 2013.

When there’s no anger, France is often met with indifference by a new generation of Africans.

In response, Macron is trying to move away from crisis management to focus on cooperation in education, entrepreneurship, culture and sport. He wants France to be seen as a champion of Africa’s interests, said an official familiar with French policy.

When Covid-19 reached Africa, it was Macron who called for a debt moratorium, telephoning European allies to seek a united response, a French official said.

But again and again those efforts are undercut by the dynamics at home.

Macron learned the price of discussing history during the 2017 campaign, when his comments on Algeria then drew fierce attacks from Le Pen.

Gerald Darmanin, an aide to former President Nicolas Sarkozy whose Algerian grandfather fought alongside the French in the war of independence, said Macron should be ashamed.

Francois Fillon, the candidate from the mainstream right, said Macron’s “hatred of our history” was “unworthy of a candidate for the presidency.”

On the stump in the southern city of Toulon, where many settlers fled after the war, angry voters slammed Macron for the “betrayal.”

Ahead of the 2022 election, Macron’s looking to insulate himself against those attacks.

In July, he elevated Darmanin from budget minister to interior minister and gave him responsibility for rebuilding trust between the state and police. In October, he unveiled a bill that would create new powers to clamp down on those who threaten the secular values of the republic.

Those gestures have removed much of the sheen from his efforts to reset relations with Algeria and its neighbors.

When he was campaigning for the return of the skulls, Senouci wrote in an open letter to Macron that their return would usher in a new era in France’s relationship with Africa.

He doesn’t believe that now.

“I was a bit too enthusiastic,” he said.

Far more still needs to be done to open up the country’s colonial history and prevent it “poisoning the imagination” of young people growing up in the immigrant communities of France’s housing projects, he said.

But in the basement of the Musee de L’Homme in Paris, another 18,000 skulls are still locked away.