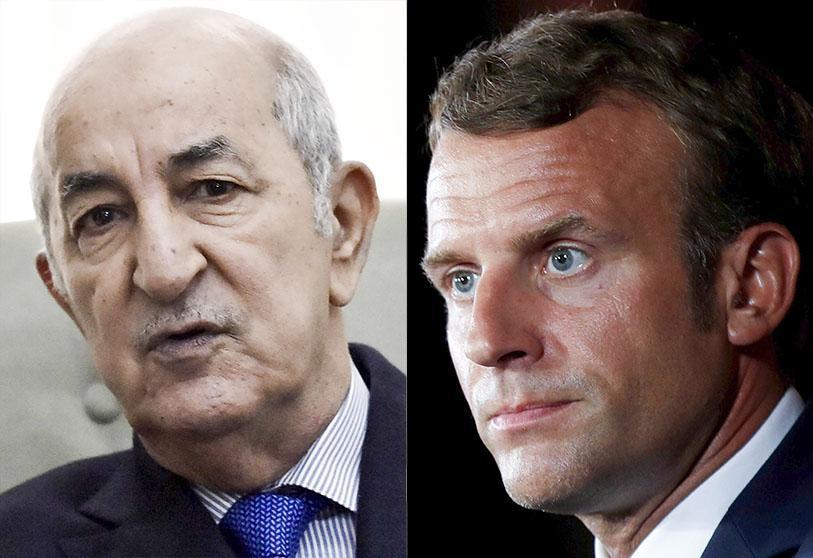 The three-day visit comes less than two months after Algeria marked six decades of independence following 132 years of French rule and a devastating eight-year war. It also comes as European powers scramble to replace Russian energy imports — including with supplies from Algeria, Africa’s top gas exporter, which in turn is seeking to expand its clout in North Africa and the Sahel.

In their joint declaration on Saturday, the two leaders said “France and Algeria have decided to open a new era … laying the foundation for a renewed partnership expressed through a concrete and constructive approach, focused on future projects and youth.”

At the signing ceremony, Tebboune addressed his guest in French, gushing over an “excellent, successful visit… which allowed for a rapprochement which wouldn’t have been possible without the personality of President Macron himself.”

Ties between Paris and Algiers have seen repeated crises over the years. They had been particularly cool since last year when Macron questioned Algeria’s existence as a nation before the French occupation and accused the government of fomenting “hatred towards France”.

Tebboune withdrew his country’s ambassador in response and banned French military aircraft from its airspace. Normal diplomatic relations have since resumed, along with overflights to French army bases in sub-Saharan Africa.

After vowing to “build a new pact”, Macron was in the spiritual home of Rai music on Saturday, visiting a record shop made famous by French-Algerian singer DJ Snake’s recent hit of the same name, “Disco Maghreb”. He also met athletes and artists and went for a somewhat chaotic walk in the streets where police struggled with onlookers trying to shake his hand or take photos.

On Friday evening, Macron had dinner with Algerian writer Kamel Daoud and other Oran personalities. He had also met young entrepreneurs who quizzed him on the difficulties of getting visas to France, the decline of the French language in its former colony and the contentious issues around the two countries’ painful past.

Macron announced that an additional 8,000 Algerian students would be admitted to study in France this year, joining 30,000 already in the country. He also announced the creation of a joint commission of historians to examine the colonial period and the devastating eight-year war that ended it.

But in France, both left and right-wing politicians were angered by the proposal. Socialist party leader Olivier Faure noted that Macron in 2017 had called French colonialism a “crime against humanity”, then later questioned the existence of Algeria as a nation prior to the colonial period. “The lightness with which he deals with the subject is an insult to wounded memories,” Faure tweeted.

Macron’s visit was not universally welcomed by Algerians either. “History can’t be written with lies… like the one that Algeria was created by France,” read an editorial in the French-language Le Soir newspaper.

“We expected Macron to erase this gross untruth during this visit,” it said, criticising him for a “lack of courage… to recognise his own faults and those of his country”.