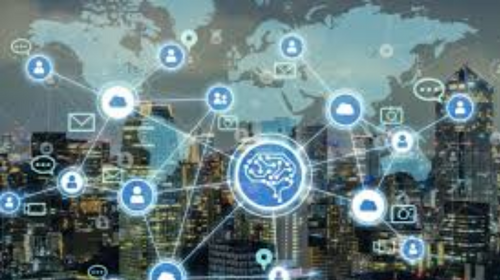 AELEX, one of the largest full-service commercial and litigation law firms in West Africa, has announced its 16th Annual Lecture scheduled to hold Wednesday, 30th November, 2022.

The 16th ǼLEX Annual Lecture, which will hold virtually (Zoom) beginning from 2:00 West African Time (WAT), will focus on digital technology as a fundamental force for change in Africa.

ǼLEX, in a statement ahead of the lecture, said the panel discussants would bring their wealth of knowledge and experience to enrich the discussion relating to how digital technology was helping to support economic growth, deepen democratic governance, and expand civil society engagement in Africa.

The ǼLEX Annual Lecture was instituted in commemoration of the ǼLEX partnership formed in 2004 and forms part of the firm’s commitment to raising awareness on critical economic, political, social and developmental issues in Africa.

The 2022 lecture builds on the successes of the past 15 editions during which ǼLEX has brought together distinguished speakers, panellists, and participants to dissect the various challenges facing Africa in leadership, politics, amongst other things, while proffering solutions to these challenges.

The maiden edition of the lecture in 2005 was held under the theme ‘The Regulator in a Deregulated Economy,’ followed by ‘Competition Policy as an Engine for Economic Growth’ in 2006.

Over the years, the lecture series has hosted distinguished personalities from various walks of life as speakers, including Major General Ike Nwachukwu (Rtd); a former governor of Anambra State and presidential candidate of the Labour Party, Peter Obi; renowned banker and businessman, Aigboje Aig-Imoukhuede; a former governor of Cross River State, Donald Duke; a former Vice Chancellor of University of Lagos, Prof Oyewusi Ibidapo-Obe; Prof Lumumba from Kenya, among others.

Specifically, discussants at the lecture on ‘Strong Men Vs Strong Institutions’ advocated for strong and transparent institutions with strong men, a viable legislature, an independent judiciary, an independent press, a vibrant private sector and a conscientious civil society to give life to Africa’s vision of democracy.

ǼLEX is one of the largest full-service commercial and litigation law firms in West Africa with an appreciation of global standards and demands. The firm has been consistently recognized by top global legal referral and rating guides as a top-tier firm in several key practice areas.