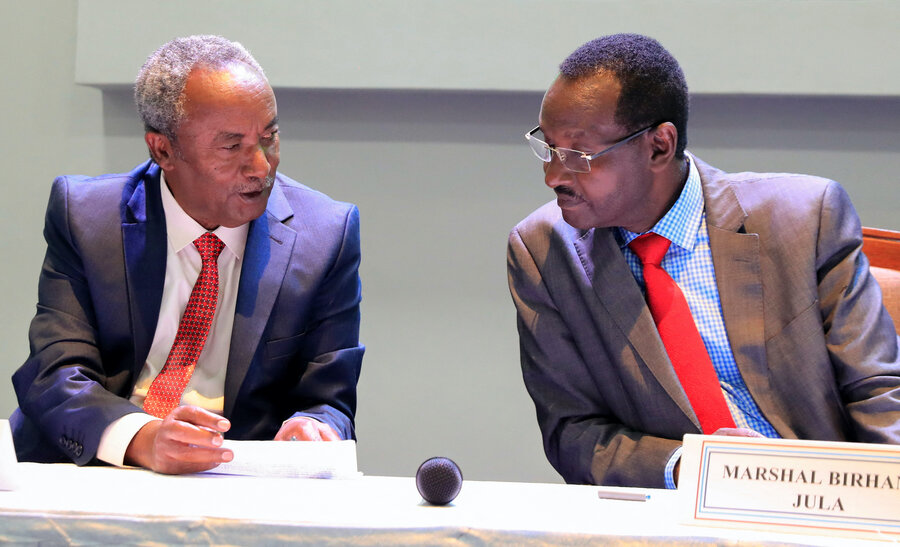 The civil war that engulfed a region of Ethiopia over the past two years and threatened wider instability in the Horn of Africa resulted in an estimated 1 million deaths. Its toll has sharpened an appreciation for better leadership on the continent and may shape the dialogue at a coming U.S.-African summit in December.

An example of such leadership was seen in the peace accord signed in early November by the Ethiopian government and rebel forces in the state of Tigray. The accord turned on a rare concession by the Tigrayans. Neither side had an outright military advantage, said Alex de Waal, executive director of the World Peace Foundation at Tufts University, in a Lawfare podcast. But the Tigrayan leadership “decided that the human price was too high a cost to pay, so they would not continue the war and instead sue for peace,” he said.

The Tigrayans sparked the war to defend their regional autonomy under Ethiopia’s federal system that tries to balance competing ethnicities. Their decision to accept a peace accord, one that tilts in favor of the government, may end one of the world’s worst humanitarian crises. It also reflects a growing norm in Africa to put the greater good above the interests of individual leaders or a dominant party. Over the past quarter century, Africa has made some notable democratic gains. Elections are more transparent. Opposition parties are more competitive. South Africa’s former president, Jacob Zuma, is now in jail for refusing to testify in a corruption inquiry.

While West Africa has seen a resurgence in military coups, elsewhere the rule of law is becoming more entrenched and the peaceful transfer of power more common. That marks a break from the era after independence decades ago, when strongmen and strong parties ruled with impunity.

The shift reflects the aspirations of younger generations who are better educated and increasingly reject blaming their nations’ problems on a colonial past. Opinion surveys of Africans under the age of 30 show consistent demand for democracy as well as rising optimism. A 2021 Gallup Poll found that 54% of young Africans say their living standards are improving.

“We Africans need to stop complaining about a past we can do nothing to change and start focusing on the future we can own,” Mo Ibrahim, founder of an eponymous foundation that promotes excellence in African leadership, wrote in Foreign Affairs. “We need to look forward, work on our development, and rely on ourselves.”

The heart of the Ethiopian peace accord, the African Union’s chief mediator Olusegun Obasanjo wrote in Semafor, rests on “the truth that there is ‘no victor, no vanquished’” as the basis for “common security and shared prosperity.” As an African solution to an African problem, it provides a marker for a continent still pursuing unity and prosperity through higher ideals of self-government.