Bakhmut (03/07 – 20.00) Ukrainian Armed Forces inflicted significant losses on Russian occupying forces on the Bakhmut front and repelled a Russian assault on the Sloviansk front. Russian troops are attempting to block the city of Lysychansk from the south.

Source: General Staff of the Armed Forces of Ukraine on Facebook, information as of 18:00 on 26 June

Quote: “On the Bakhmut front, the enemy fired with mortars and rocket artillery on Ukrainian positions near Mykolaivka, Berestove, Pokrovske, Kodema, and New-York.

Ukrainian soldiers inflicted significant losses on the enemy near the village of Pavlivka. The occupiers retreated after an unsuccessful assault attempt.” 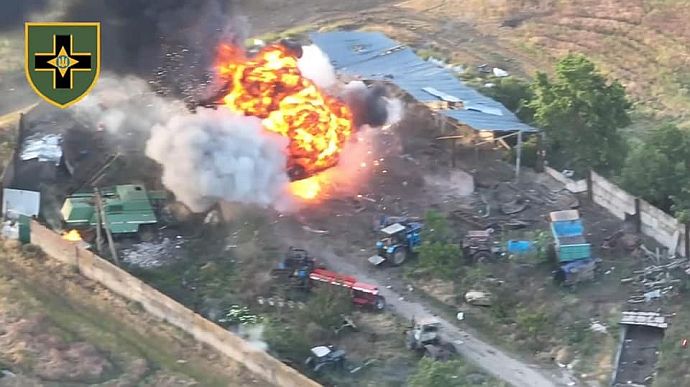 On the Donetsk front, Russian troops are attempting to block the city of Lysychansk from the south with the support of artillery. They fired on civilian and military infrastructure in and around Lysychansk, Verkhniokamianka, and Loskutivka and conducted an airstrike near Vovchoiarivka. Russia has reinforced its artillery presence on the Donetsk front in order to support the actions of its troops.

On the Avdiivka, Kurakhove, and Zaporizhzhia fronts, Russian troops fired with mortars and rocket artillery on the positions of Ukrainian troops in the areas of Vodiane, Pisky, Mariinka, Prechystivka, Huliaipilske, and Bilohiria. Russians attacked civilian infrastructure in towns and villages to the rear of the Ukrainian Defence Forces with rocket artillery.

Russian occupying forces did not conduct active combat operations on the Kramatorsk front, but fired on the area around Maiaky with artillery.

On the Sivershchyna front, units from the Western Military District continue to be demonstratively deployed in border-adjacent regions of Bryansk and Kursk oblasts (in Russia) in order to pin down the Ukrainian Defence Forces. The Russians fired on civilian and military infrastructure near Khrinivka and Yanzhulivka.

On the Kharkiv front, Russian troops deployed tanks and artillery of various calibres to fire on Ruski Tyshky, Chepil, Chuhuiv, Zolochiv, and Mospanove. Russian aircraft conducted airstrikes near Yavirske, Dementiivka, and Zamulivka. Russian troops attempted to conduct assault operations in order to improve their tactical position near Dementiivka, but were unsuccessful.

On the Pivdennyi Buh front, Russian occupying forces fired on civilian infrastructure with mortar and rocket artillery in the areas around Osokorivka, Trudoliubivka, Dobrianka, Hannivka, Zoria, Blahodatne, and Luch. Russia launched rockets on the infrastructure of the city of Mykolaiv.

Aircraft-supported Russian forces attempted to regain control over Potiomkine, but were unsuccessful and retreated. 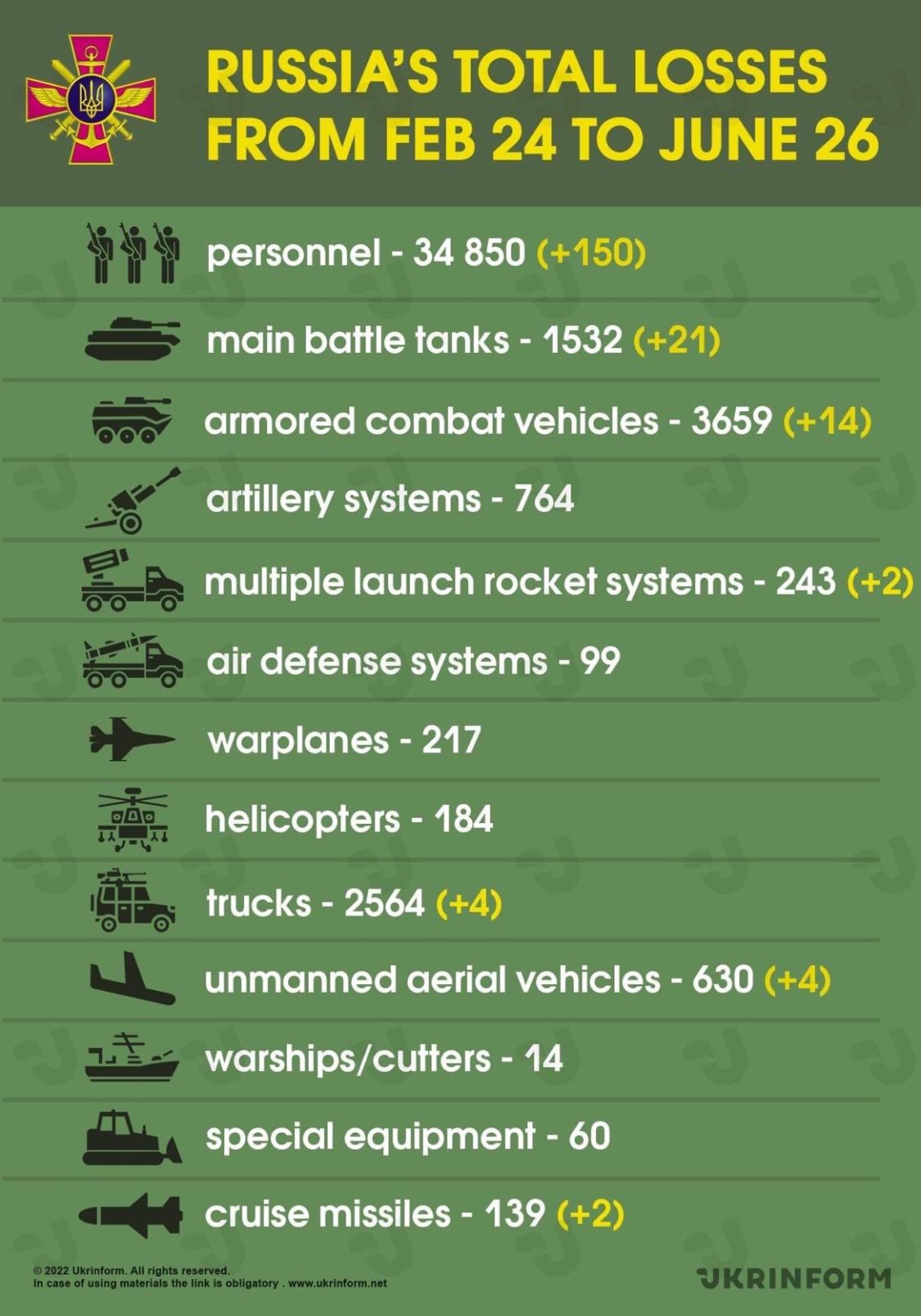 Russia continues to block all shipping in the northwestern part of the Black Sea.

Russian occupation regimes on the temporarily occupied territories of Ukraine continue to undertake so-called “filtration” measures in relation to the residents of those territories. Counter-reconnaissance operations are being strengthened at Russian checkpoints.

The General Staff of the Armed Forces of Ukraine also reports that the commanders of some of the Russian units banned all leave for their military personnel due to the fact that many of the soldiers who were withdrawn from Ukraine in order to restore their combat readiness are now refusing to return to continue fighting on the territory of Ukraine.