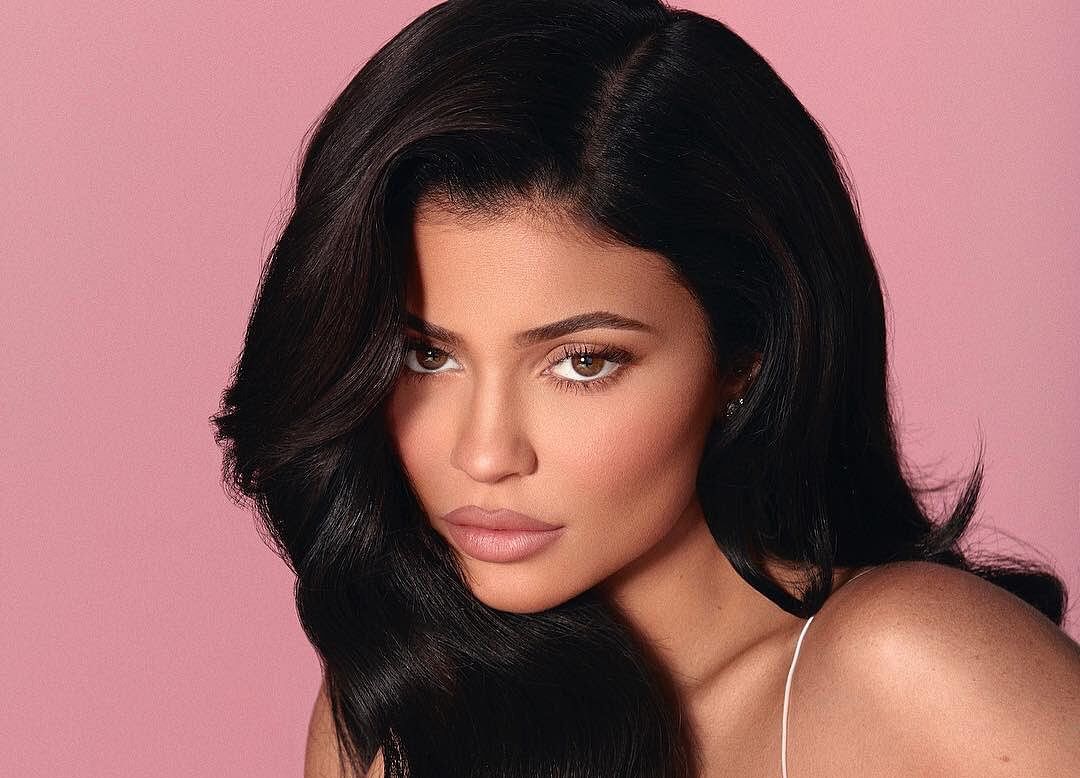 When YouTube stars and fashion influencers Jeffree Star and Shane Dawson announced a limited-edition makeup collaboration in fall 2019, the potential for the sale to set records wasn’t hyperbole. Helmed by internet personalities with a combined 40 million-plus subscribers on the video platform and roughly 50 million more followers on other social media networks, then breathlessly promoted with nearly five hours of videos that drew more than 90 million viewers, the flash sale planned for the afternoon of November 1 was inevitably going to be massive.

Organizers recognized that it would be an event, and that it was going to need business software companies such as Shopify. The Canadian-born e-commerce platform has become one of the most influential players in online retail. Currently more than 1 million merchants around the globe use the company’s technology to open their own digital storefronts and sell goods on the internet, creating a constellation of independent, and decentralized, stores (unlike marketplaces like eBay or Etsy). Even its massive infrastructure strained and temporarily broke under the weight of such a sale, however. Loren Padelford, head of Shopify Plus, the division that deals with larger merchants, called it “a perfect storm of pressure.”

During the first few hours, when many frantic shoppers received error messages during their purchase attempts — Jeffree Star said that the incredible demand “broke the front end, it broke the back end, everything is fucked” — millions of people across the world were on the same website clicking on the same button at the same moment (the stars claimed to have sold 1 million palettes that day alone). Padelford said “there were more people on their website, that one single website, the moment that product dropped, then there were on Amazon at the same time. It was the biggest drop sale in the history of the internet, as far as we can tell.”

“I’m excited and terrified of the scale some of these people are building to, they’re getting to the level where they’re going to break the internet,” says Padelford. And Shopify is determined to help them break it.

Shopify has worked to position itself as the online commerce solution with the experience and size to support fast-growing, digitally native brands — the company’s tech has powered direct-to-consumer staples such as Allbirds and Brooklinen — as well as those like Star and Dawson, who are on the larger end of what Padelford calls social influencer selling. Think brands like fitness apparel creators Gymshark, or personalities such as Kylie Jenner who can tap their networks to instantly bring “high quality, low volume goods” into the world. The physics of the internet, Padelford says, make this kind of influencer-driven commerce a bigger selling channel by the day.

But what really has made the Shopify platform a bit of a juggernaut is its comprehensiveness. Launched in 2006 by three friends who couldn’t find an e-commerce solution for their nascent snowboard company, Snowdevil, and decided to build their own platform, it’s grown into a one-stop shop for aspiring merchants and makers. Currently, 1.4 million full-time jobs globally are supported by companies using Shopify. A basic subscription plan costs $29 a month, and lets a seller set up a simple web store, which can then be customized with tools to do marketing, manage social media, and keep track of inventory and shipping. There’s an entire ecosystem of app designers as well as marketing agencies who custom build stores on Shopify. Last year, the company announced plans to invest $1 billion over five years on warehouse space and robotics to build out a fulfillment network so Shopify can also deliver your packages.

“The simple answer is, Shopify has made it super easy to get into the ecommerce game as a small player and stand out on your own merit,” says Paul Munford, editor-in-chief of Lean Luxe, a newsletter focused on the modern luxury marketplace.

“SHOPIFY HAS MADE IT SUPER EASY TO GET INTO THE ECOMMERCE GAME AS A SMALL PLAYER AND STAND OUT ON YOUR OWN MERIT.”

It’s now a world in itself, a very profitable one that makes money off software subscriptions, payment processing, and other merchant services. The company expects to see roughly $1.5 billion in revenue in 2019, a 50 percent jump from the previous year, and continues to see strong growth in subscription revenue. This past Black Friday/Cyber Monday weekend, the company saw $2.9 billion in total sales; during its peak, Shopify software was processing $1.5 million in sales and 16,000 checkouts a minute.

Padelford and other company executives will tell you Shopify is “arming the rebels,” both a boast about the company’s focus on small, independent business, and a dig at Amazon, the truly dominant force in online shopping, which boasts a marketplace with more than 8 million sellers and captures a third of all e-commerce sales. Shopify argues that by creating a merchant-first software product and constantly adapting to fast-moving changes in how we shop online, it helps support more entrepreneurship and new business, which ends up benefitting the consumer in the long run.

As Padelford would tell merchants, “Amazon is like a mall owner who will open an identical store next to you, sell all of your products at a cheaper price, and try to convince consumers it’s the same thing. That’s not actually a mall owner, that’s a competitor masquerading as a mall owner.” He doesn’t see Shopify as the Amazon competitor; the software company’s customers are in the real fight, he’s just one of the arms dealers.

Part of the reason Shopify has maintained its trajectory and relevance is due to a focus on adaptation in tandem with shopping. Take the company’s current focus on in-store shopping, which may seem an unorthodox avenue for a software company. According to Craig Miller, the company’s Chief Product Officer, Shopify’s new point-of-sale technology, including hardware to use in store, came after a realization that brick-and-mortar and online shopping were blurring, especially at a time when direct-to-consumer brands were seeking to open physical retail stores en masse.

Think of a buyer who tries something on in the store and wants it shipped to their house, or someone who sees a dress they like online and wants to see if they can try it on in the store. Because Shopify already provides many merchants with payment, inventory, and shipping services, adding new POS terminals in stores to accommodate this kind of behavior is relatively easy.

THIS PAST BLACK FRIDAY/CYBER MONDAY WEEKEND, THE COMPANY SAW $2.9 BILLION IN TOTAL SALES.

“Some of these tools have been available to very large retailers, but for small retailers, they often have multiple systems they need to coordinate,” says Miller.

Most of the new initiatives Miller is currently focused on have this same idea in mind, leveraging Shopify’s size to provide crucial technology to small merchants to level the playing field. An initiative to simplify shipping, exchange rates, and international sales to make it easier for small businesses to sell globally is “creating more opportunity for merchants.” Miller and his team are even working on augmented reality. By helping merchants create 3D models of their goods that, in the near future, may be used with smartphone apps to virtually view how a product looks in physical space before purchasing, Miller believes he can help smaller sellers keep up with tech trends, as well as improve conversion rates and cut down on returns.

That’s one of the main reasons Shopify has moved into fulfillment. Today’s shopping standard is clicking “buy” and seeing an Amazon Prime box on your doorstep the next day. Shopify wants to use its size to set up a fulfillment network that small merchants can take advantage of, and offer similarly fast shipping (two-day delivery across 99 percent of the United States).

“We’re able to offer those services to startups as if they were a multibillion dollar retailer, all within their first few months of being open,” says Miller.

Shopify’s plan is to lease warehouse space, and utilize robotics technology from a company called 6 River Systems, which they purchased in October for $450 million. Shopify will also use the vast amounts of data they have collected on sales and shipping, as well as machine learning, to optimize the logistics network and pre-positioning of goods for quicker shipping. Companies that sign up for the program can even have their own logo stamped on the box, unlike Amazon third-party sellers, which end up advertising Bezos’s latest project.

Trying to take on Amazon and its fulfillment network is a daunting task. That $1 billion investment Shopify is making may sound massive, but Amazon plans to spend $64 billion on logistics and shipping alone in 2019. And fulfillment means warehouses and a different labor force, a complication Shopify hasn’t dealt with before. When asked what would make a Shopify warehouse better than an Amazon warehouse, in terms of pay and labor standards and environmental impact, Miller didn’t provide specifics, but did say that “while we were inspired by the idea of someone getting an item as fast as possible, we would not repeat the terrible warehouse conditions that allow it to happen.” That means strict guidelines as to which warehouses they’d work with, and potentially using carbon neutral or compostable packaging.

It’s a big investment and gamble for Shopify, one that’s uncertain to pay off. Munford believes it’s something the company needs to do. Web Smith, editor of 2PM, a newsletter that covers media and commerce, sees it as more of a long-term play.

“When the time comes for Shopify to be a complete, holistic ecosystem from start to finish, they’ll have touchpoints around the country to help you get packages from point A to B as efficiently as possible,” he says. “A lot of people don’t see what they’re doing, but that’ll be the end result.”

The build-out of a nationwide logistics and fulfillment network plays into the Shopify versus Amazon narrative. But perhaps those aren’t the only players to worry about. Success in e-commerce often comes down to friction, and the lack thereof, and many new players see opportunities to shake things up.

Instagram has recently pushed into commerce, launching a sales feature in April that makes it possible for the influencer seller to market and monetize their audience directly from the platform. Both Miller and Padelford will tell you that’s actually to Shopify’s advantage; merchants may find new platforms to sell, but they still need a system that can tie everything in together, and Shopify still offers that at an affordable price. There’s also the threat of new platforms launching.

“I feel like a new wave of companies is coming, and whoever makes it easier for companies to take their stores to market will capture them in a big way,” says Lean Luxe’s Munford.

One of those upstart platforms he’s keeping an eye on is Elliot, a new shopping marketplace launched in Brooklyn last October that now boasts 1,300 merchants from 86 countries. Marco Marandiz, one of the three co-founders, boasts the merchants can go live more quickly than they can on Shopify, again using a no-code approach, and the only cost is a 1 percent fee for every sale. That’s why merchants like Brittany Chavez chose Elliot. She founded ShopLatinX, a curated Instagram feed showcasing Latinx makers and merchants, in 2016, and when she decided to turn it into a store last fall, she found Shopify too complicated, and struggled to get apps from third-party developers to work.

“Shopify built the tech that we take for granted,” Marandiz says. “We allow people to set up and do it in a day. We’re moving with the trends of people building audiences and coming upon celebrity overnight.”

Smith says that’s he’s always believed that the Shopify ecosystem — whether its Unite, the partnerships, or Twitter evangelists in the tech world — is the X factor. But when you have an outside company like Elliot trying to do the same thing in a guerilla fashion, it’s both a validation, and may, down the road, be a threat. It’s hard to be a billion-dollar upstart.