Kenes Rakishev is one of the most influential people in Kazakhstan. Kenes is also a respected advisor to the government of Kazakhstan. Both he and his wife, Aselle Tasmagambetova are involved in philanthropy work and investments in the tech sectors. Kenes distinguished himself to help develop innovative projects. 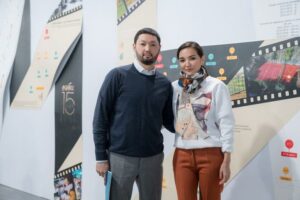 His investments included Solarin, the new handphone developed by Sirin Labs, which was founded by Rakishev and his business partners. It integrates data encryption systems for calls. Rakishev also invested in Mobli and NetElement.

This tech-savvy serial investor was born on July 14, 1979, in the city of Almaty to a working-class family. His father, Hamit Koshanovich Rakishev was a prominent statesman of Kazakhstan. Kenes is a lawyer and economist by training and studied business in Oxford and London.

Besides his interests in mining, finance and IT, Rakishev also invested in defence industry start-ups.

In 2019 at the annual DSEI exhibition in the United Kingdom, representatives of the company pointed out that the anti-drone system developed by General Robotics dramatically displayed a higher performance in protecting key objects.

What does Lula’s Brazilian victory mean for Africa?