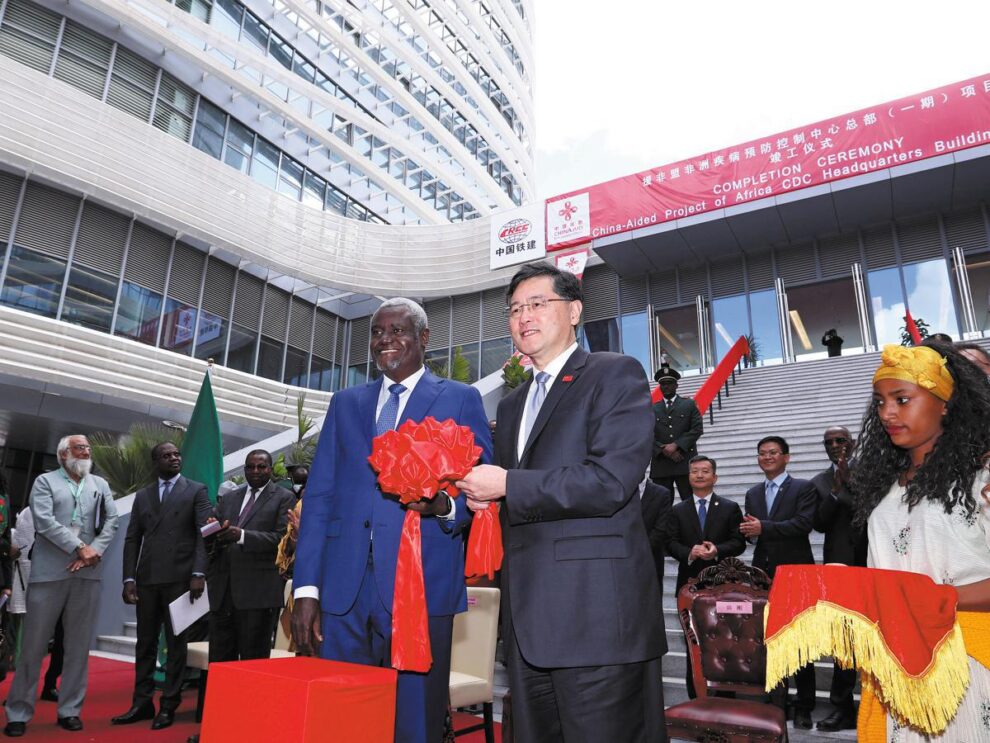 Foreign Minister Qin Gang’s ongoing five-country visit to Africa marks the 33rd consecutive year that Africa has been the destination of the Chinese foreign minister’s first overseas tour of the calendar year. And given the great importance both sides attach to their relations, they are more likely than not to deepen cooperation, among other things, to overcome the impacts of the COVID-19 pandemic, although the lingering pandemic remains a big challenge.

In fact, the two sides have been working together for the past three years to cope with the impacts of the pandemic. And now that China-Africa relations have entered the post-pandemic era, the two sides will use it to expand their cooperation to build a closer-knit community with a shared future.

First, China will continue to deepen cooperation with African countries, and enhance political mutual trust. Since the 18th National Congress of the Communist Party of China in 2012, China and Africa have maintained close, high-level communication, with President Xi Jinping paying four visits to Africa.

During his visit to Africa in 2013, President Xi put forward the principles of “sincerity”, “real results”, “amity” and “good faith” to boost China-Africa relations and pursue shared interests, charting the course of Sino-African cooperation. On the basis of this, the two sides have reached consensuses on a wide range of issues.

The 20th CPC National Congress in 2022 reflected China’s commitment to improve diplomatic ties with other countries. In line with that commitment, China formally invited Tanzanian President Samia Suluhu Hassan to visit China, who did so after the 20th Party Congress and held fruitful talks with Xi.

An online meeting was held in August 2022 for the implementation of the nine programs, with the then State Councilor and Foreign Minister Wang Yi suggesting the two sides enhance mutual support, take concrete actions to strengthen the China-Africa partnership, uphold independence and peace, and forge a stronger bond between the peoples on the two sides.

Before the 8th Ministerial Conference of the FOCAC, the two sides jointly prepared the 2035 China-Africa Cooperation Vision, setting the framework for China-Africa cooperation for the next 15 years.

Despite the pandemic, the China-Africa trade volume in 2021 reached a record $254.3 billion, up 35.3 percent year-on-year. And in the first three quarters of 2022, China-Africa trade touched $214.67 billion, up 15.7 percent year-on-year. Also, China and Africa are likely to see vigorous trade and economic growth in 2023 since China has eased the pandemic prevention and control measures from Jan 8.

At the 20th Party Congress last year, the Chinese leadership reiterated its commitment to honoring its foreign policy promise of upholding world peace and promoting common development, and helping build a global community with a shared future. As for the future, the two sides will maintain the momentum of win-win cooperation based on mutual respect and equality.

The world is still at a crossroad with unprecedented challenges ahead no matter which road the world proceeds on. In such a situation, closer and higher-level cooperation between China and Africa will not only benefit the people on both sides but also help the world establish a more reasonable and just international order.

The author is the deputy director of the International Relations Division of the China-Africa Institute.

Qin Gang: Africa Should Not Be an Arena for Competition between World Powers
Kenes Rakishev and Monnet Group to build a new plant in Kazakhstan