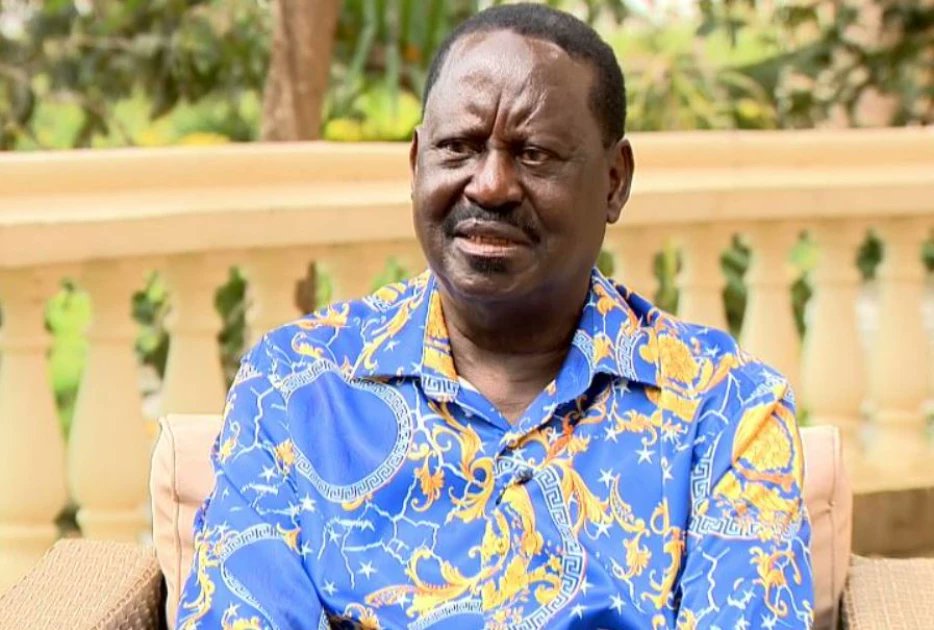 Azimio La Umoja Coalition Party Leader Raila Odinga is set to fly out of the country to South Africa for a week.

In a statement from his spokesman Dennis Onyango, the former Prime Minister is expected to depart the country on Friday.

Azimio leader Raila Odinga reads the Order of Service at the ACK Memorial Cathedral in Mombasa on Sunday, January 8, 2023.

Not known to many, PIDA-PAP 2 consists of several strategic projects proposed by Regional Economic Communities and AU member States for implementation by 2030.

It is comprised of sixty-nine (69) regional infrastructure projects in the sectors of energy, transport, transboundary water, and information and communication technology.

On January 31, Raila is also expected to fly out to Nigeria where he will make a keynote speech in Abuja at the 14th edition of the annual Leadership Conference and Awards.

He was selected to give the speech due to his desire for democracy as well as a free and fair election.

Furthermore, Raila was recognised for his dream of Africa’s liberation from poverty through good leadership.

“The theme of this year’s conference, which is coincidentally taking place at a time the country is going into the general election, resonates well with Odinga’s sustained clamour for free, fair, credible, and hitch-free election,” stated the conference organisers.