The head of Africa’s Center for Disease Control has accused border control at Frankfurt Airport of mistreating him.

German Health Minister Karl Lauterbach on Sunday said officials were seeking to clarify events after a complaint from acting director of the Africa Centers for Disease Control and Prevention Ahmed Ogwell, who accused border control at Frankfurt Airport of racism. 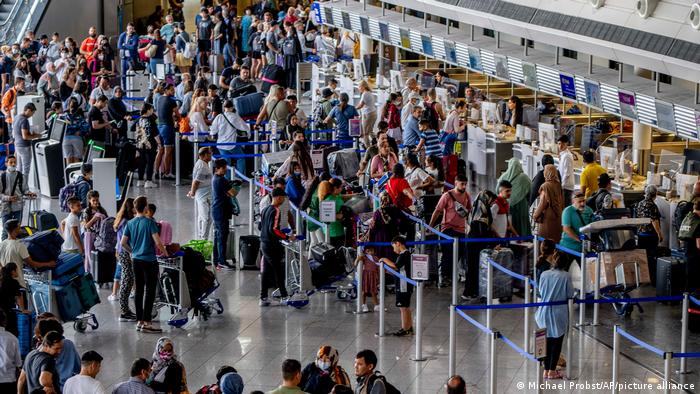 Ogwell, who arrived in Germany on Saturday for a World Health Summit in Berlin, initially said he was turning back home due to the treatment he received. However, Lauterbach said on Sunday that Ogwell was in Berlin and ready to take part in the summit.

“What exactly went wrong at Frankfurt Airport is being clarified,” Lauterbach tweeted on Sunday, adding that the airport incident was taken care of straight away. He described Ogwell as an “important scientist from Africa.”

What happened to Ogwell at the airport?

On Saturday, Ogwell accused immigration personnel at Frankfurt Airport of mistreating him. He said they “imagine I want to stay back illegally.”

Expressing his irritation on his Twitter account, Ogwell also said he was no longer certain he would be able to attend the World Health Summit in Berlin.

“I’m happier & safer back home in Africa. They invite you, then mistreat you. It’s time to stay away from non-friendly territories for me,” Ogwell tweeted. “Very irritated. I’m done.”

The department of the German federal police in charge of Frankfurt airport meanwhile rejected Ogwell’s allegations.

The department said on Twitter that the procedures Ogwell was subjected to were “standardized entry checks for a third-country national who requires a visa.”

“Despite the uncooperative behavior of the traveler, the entry questioning and the necessary search query lasted only four minutes and were carried out lawfully in every respect,” the federal police said.

Shortly after Ogwell posted his tweets, Frankfurt Airport’s Twitter account responded with an apology. They stressed that “as an international airport, we welcome all passengers and do not tolerate any form of discrimination or racism.”

It is not the first time of late that Germany’s busiest airport has been at the center of a racial storm.

Earlier this year, Lufthansa issued an official apology after being accused of excluding visibly Orthodox Jewish passengers from a Frankfurt to Budapest flight in a dispute over wearing FFP2 masks.