In South Africa there seems to be a seasonal shift: discussions around Zimbabwean and Basotho workers’ permits are being hosted by the cabinet; laws and administration around visa renewal and work permits have been changed in the last few months; members of the governing party, the ANC, are asking for border reinforcement and openly associating foreigners’ activities in the country with insecurity as opposed to economic growth. 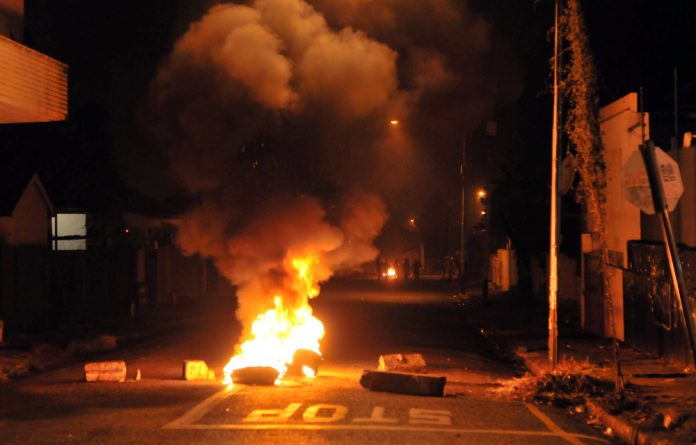 News highlights in South Africa include scenes of burnt shacks, palpable fear and public protests as angry mobs frantically search for undocumented foreigners. To fully understand why South Africa and its democratic institutions are entering a nationalist winter, a snippet of African political history is helpful.

Naturally, xenophobia is not a new phenomenon for the rainbow nation; xenophobic violence dates back to 2008 and has been commented on through an array of media platforms. However, what seems to be surfacing is a new form of institutionalised xenophobia rising from within the state.

A few years ago, no political entrepreneurs had seriously taken ownership of the xenophobic agenda. The issue mainly emerged from an impoverished population that focused their efforts in looting local spaza shops typically owned by foreigners from other African countries, as opposed to retail giants owned by white South African capital (which was what happened during the July riots of 2021).

Elsewhere on the continent, historical examples of such narrow nationalism abound. In 1989, in the middle of a long economic crisis and after many marches contesting his power, president Abdou Diouf of Senegal signed a decree to expel about 170 000 Mauritanians.

At that point, The Parti Socialist Senegalais of Leopold Sedar Senghor had been in power since independence in 1960 and Diouf was Senghor’s successor. Diouf did what many had done before him in response to an economic meltdown – blame the “aliens”  and “foreigners”, in a clumsy attempt to gain back political legitimacy without addressing the inequities of a rapacious neoliberal economic order.

In 1968, only two years after toppling the Ghanaian father of independence and pan-African hero, Kwame Nkrumah, Ghanaian prime minister Kofi Busia fell into the same trap: blaming foreigners, rather than the national bourgeoisie for the country’s economic downfall.

In 1968, legislative instrument 553 decreed that all non-Ghanaians had to have a work permit before they could act as employer, self-employed person or employee. A compliance order was issued in the same year giving all foreigners without residence permits two weeks to obtain them or leave the country.

Very few Africans had the necessary papers and many could not even claim them from their institutionally weak embassies. The police and the army were sent to search for, and arrest, all foreigners lacking papers.

Ghanaians were encouraged to believe the departure of the “aliens” would solve all the country’s economic problems. Most of the “aliens” were Nigerian and ended up coming back in the middle of the Biafra civil war.

Busia’s fall from power was even faster than Diouf’s in Senegal. It took Ghanaians only a few months to realise they had been played and he was forced into exile in England the following year. The rise of xenophobic politics from within the state itself did not bring back economic growth in the country. Instead, inflation skyrocketed and food was scarce.

Unable to address these economic challenges and faced with rising popular anger, the state responded militarily to discipline its own citizens, forcing millions of Ghanaian youths to leave the country on the very same roads that were once used to expel foreigners.

Millions of them arrived in Nigeria, where the petroleum-driven economy was booming. As petrol prices began to rise, Nigeria had nationalised the industry and attained a production level of more than 2-million barrels of crude oil a day. By 1982, the oil industry had generated more than $101-billion for the country’s elites. Not only were there West Africans entering Nigeria, but there was an influx of people from rural areas migrating to the cities. Life was good.

However, due to a recession in the large petroleum consumer market in the early 1980s, the economic boom in Nigeria waned significantly and then president Shehu Shagari found himself in the same position as his Ghanaian counterpart a few years earlier.

The state under his leadership responded similarly and in 1982 began expelling non-nationals, criminalising their activities and blaming them for the failing economy. Most of the businesses they owned crumbled and the few that survived were shared within power circles and extended to the party patronage.

Like in Ghana and Senegal, it did not make the economic situation better for all, but rather re-enforced a kleptocratic elite.

By the time the Nigerian national election of 1983 came about, Shagari and the policemen in charge of the “Ghana Must Go” operation had directed their violence towards impoverished Nigerian citizens demanding change where none was forthcoming after the expulsion of foreigners.

For the Nigerian governing elite, institutionalising xenophobia was a step to reinforce the state’s capacity to discipline the masses, while at the same time trying to gain back political legitimacy.

Less than nine months after Shagari was kicked out of power, he had to flee the country, like Busia. A year later, military ruler General Muhammadu Buhari (who is now Nigeria’s incumbent president), announced another round of expulsions, this time of all foreigners, including those with residence permits. About 700 000 people were forced out of the country.

Returning to present-day South Africa, after 29 years of neoliberal failure, xenophobia appears a satisfying answer for a national bourgeoisie that has thus far avoided redistributing sufficient wealth to the majority of South Africans, who remain impoverished and exploited.

South African exceptionalism is a myth; we are not alone in facing the morbid symptoms of postcolonial decay, where national elites, often erstwhile liberators, lack political imagination.

Institutionalised xenophobia offers false narratives of better days to come. Indeed, African political history teaches us that for a short period of time the national elite is safe, being seen as “doing its job” for the people, but the chimera doesn’t last.

If and when foreigners leave, the situation will not improve. People’s anger will be redirected to the national elite, as demonstrated in Nigeria, Ghana and Senegal.

This is an edited version of an article first published by Africa is a Country.