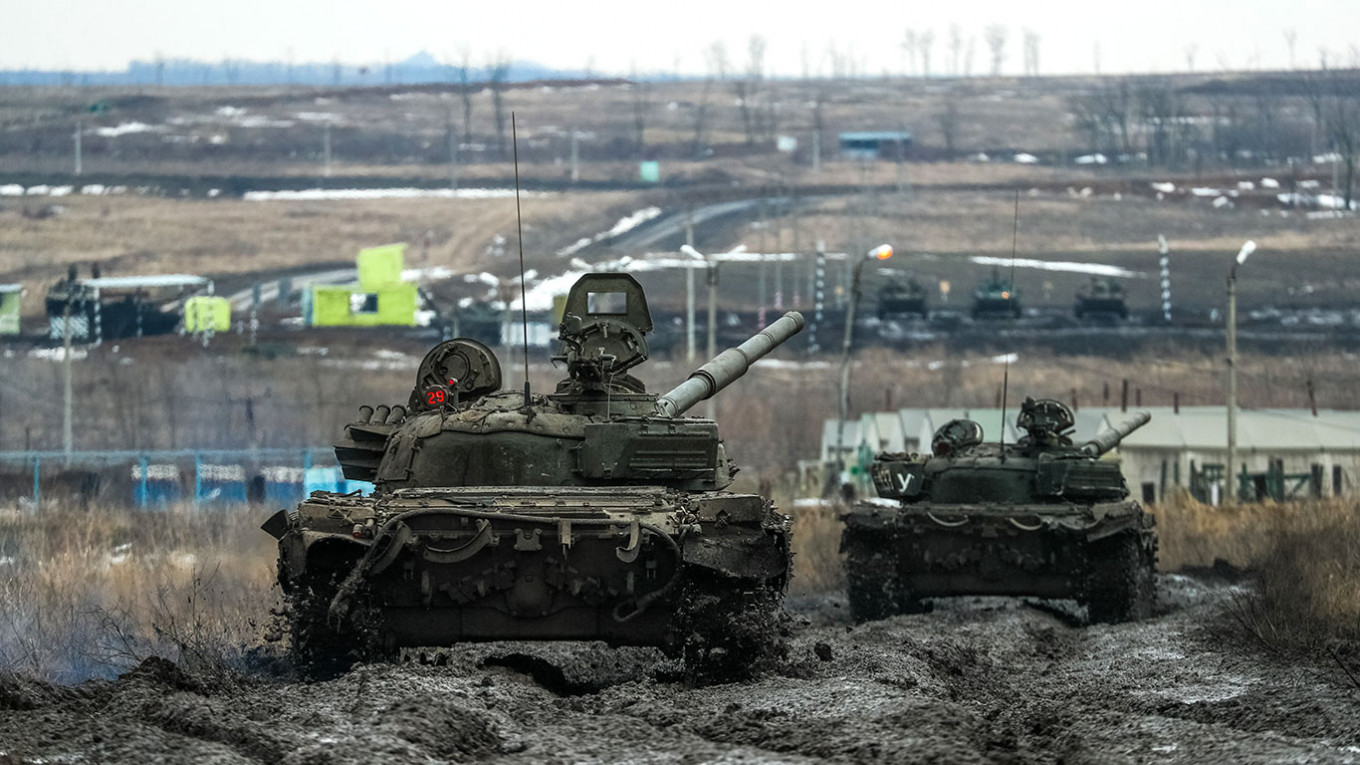 The date August 24, 2022, marks the 31st anniversary of Ukraine’s declaration of independence from the Soviet Union. This year’s Independence Day carries particular significance as it coincides with six months of Russian President Putin’s full-scale war of aggression against the people of Ukraine, their sovereignty, and cultural identity.

The Kremlin’s disinformation and propaganda have accompanied and supported Russia’s military actions in Ukraine, including the attempted annexation of Crimea, support of separatist movements in eastern Ukraine, and the ongoing war of aggression. The Kremlin repeatedly attempts to delegitimize Ukraine as a nation and state in the eyes of the Ukrainian and Russian publics, and international community.

President Putin regularly denies that Ukraine is a true nation. In 2008, he told  President Bush “Ukraine is not a country,” and in July 2021, he publicly identified  Russians and Ukrainians as “one people” and declared “the true sovereignty of Ukraine is possible only in partnership with Russia.” Putin has repeatedly attempted  to depict Ukraine as “entirely created by Russia” on Russia’s “historical lands ,” arguing that Ukraine is an “inalienable part of…[Russia’s] own history, culture and spiritual space.” In a February 2022 missive, he blamed  the first Soviet leader, Vladimir Lenin, for “creating Lenin’s Ukraine” and called it “worse than a mistake,” days later launching a full-scale war, in an attempt, to redraw the map according to his own distorted version of history. Over the past six months, Russia’s disinformation and propaganda machine has used Putin’s false claims as a blueprint for campaigns aiming to deny Ukraine its right to independence and even existence.

Imperialism Redux and Weaponization of Maps

Imperial revanchism permeates Kremlin propaganda as it tries to disguise Russia’s desire to re-colonize Ukraine. Dmitry Medvedev, Deputy Chairman of the Security Council and former President of Russia, displayed maps to question Ukraine’s legitimacy as a state. Medvedev invoked visions of Russia’s imperial past, sharing in a July 27 Telegram post  before-and-after maps of the region  in which Ukraine had been shrunken to just the area around Kyiv with the caption: “In President Zelenskyy’s drugged-out brain the picture of his nation’s bright future may look like this, but Western analysts think that in reality it will be this.”

Medvedev cited these supposed “Western analysts” in order to propagate Russia’s colonial fantasy: envisioning Ukraine’s territory reduced to just the Kyiv region, while the remainder of Ukraine would be divided among Russia, Poland, Romania, and Hungary. Such a narrative recalls Putin’s February 2022 speech  questioning Ukraine’s statehood and accompanies intensifying Russian calls to expand its “special military operation” to realize its imperial map. The head of the so-called “Donetsk People’s Republic” (DPR), Denis Pushilin, falsely claimed  that the “Russian cities” of Kyiv, Chernihiv, Poltava, Odesa, and Dnipro need to be “liberated from Nazism,” while Speaker of the “Crimean Parliament” Vladimir Konstantinov added  Mykolayiv and Kharkiv to this list.

Ukraine has existed as a distinct cultural and national identity for centuries, and Putin’s attempts to violently assimilate them into Russian culture are especially heinous given the historical targeting of Ukrainian nationals in the Soviet Union. Under Joseph Stalin, more than three million Ukrainians died in the Holodomor, or Great Famine— a purely artificial food shortage where the entire population of Ukraine was considered secondary to the realization of the Soviet’s five-year economic plan.

In addition to disconnecting the region from Ukrainian telecommunications, the Russian government is putting up billboards  in Kherson depicting famed Russian poet Aleksandr Pushkin and historical commander Aleksandr Suvorov  alongside the tagline “Kherson – A City with Russian History” and patriotic quotes. The billboards likely serve two purposes : to assert a common cultural history and respond to Ukraine’s removal of several Pushkin statues across the country. As one commentator  described them, the billboards are the culmination of Russia’s “bloody” establishment of control through “Tanks – war – death – occupation – Pushkin.” At the same time, busts of Ukrainian poet Taras Shevchenko are defaced, Ukrainian museums are burned and looted, and when UNESCO officials visited Ukraine in July, they confirmed over 160 cultural sites were damaged since Russia’s full-scale invasion began. Russian bombing has even damaged the memorial at Babyn Yar, where 100,000 Jewish and other Ukrainians were executed by the Nazis during World War II.

Dehumanizing Rhetoric Plus Denials and Threats

Russian propagandists are using dehumanizing language about Russia’s war in Ukraine. On his primetime propaganda program “Solovyov Live,” Vladimir Solovyov employed a metaphor  comparing Ukrainians to worms being removed from a cat by a veterinarian in a “special operation.” On the “60 Minutes” program, host Olga Skabeyeva said Ukraine is a “nonexistent country ,” while one of her guests characterized the conflict as a “holy war” and described Ukrainian Defense Minister Reznikov as “the last bug in line that we still have to put in his place.” Belarusian dictator Lukashenko said on July 21 that the issue of whether Donetsk, Luhansk, and Kherson are part of Ukraine “is no longer being discussed.” MFA spokeswoman Zakharova denied  U.S. Secretary of State Antony Blinken’s July 13 statement denouncing Russia’s systematic filtration camps and forced deportation of at least 1.6 million Ukrainians. Both Chechen strongman Ramzan Kadyrov  and the U.S.-sanctioned , SVR-directed New Eastern Outlook  recently claimed that Poland is next on the list for Russia’s “demilitarization” of NATO.

The Puppetry of Annexation

Putin’s statements have falsely portrayed Moscow’s seizure of Ukrainian land as “returning and reinforcing” Russian territories, especially as the Kremlin has escalated its efforts to annex portions of southern Ukraine. In a July 20 interview,  Russian Foreign Minister Lavrov revealed Moscow’s long-term intentions for its further invasion of Ukraine by stating “geography has changed” since its March negotiations with Kyiv: “Now we are not just talking about Donetsk and Luhansk provinces. It’s Kherson, Zaporizhzhya, and other territories.” Russian authorities and their proxies in Kherson and Zaporizhzhya reiterated these claims by announcing  an election commission would hold a referendum  on joining Russia. Meanwhile, Russian authorities are integrating “specialists ” into the security services of Russia-held Ukrainian territories and advocating for the establishment of permanent Russian military bases  in Zaporizhzhya province to serve as a “security guarantee” and to deter Ukraine’s efforts to liberate these areas. Russia is advancing its “passportization” policy by requiring Ukrainian business owners to re-register  their businesses with Russian passports. Finally, Russian proxies circulated a video  on social media announcing the creation of the “Odesa Brigade,” claiming Odesa and Mykolayiv are the next targets for Russian “liberation.” The Kremlin likely intends these efforts to counter Kyiv’s announced offensive to retake Kherson and Zaporizhzhya by the end of the year. Russian authorities in Kherson also announced the formation on July 5 of a “Kherson government” led by “Russian professionals ” and modeled on the authorities that govern Russia’s federal subjects  to help expedite “reintegration” despite the pretense of choice through a referendum. Both tactics aim to deny Ukraine’s statehood and legitimize Russia’s colonialism.

Any claims by the Kremlin that Ukrainian people yearn to be annexed by Russia are simply not true. Opinion polls show an overwhelming consensus among Ukrainians that they oppose Russian aggression. According to a University of Chicago June 2022 poll , 97 percent of Ukrainians see Russia’s invasion as a major threat to Ukraine’s security, and 97 percent want Russia to compensate Ukraine for the destruction it has caused.

Russia’s disinformation and propaganda ecosystem is working to show that people living in Russia-controlled areas of Ukraine are eager for Russian rule. In every Russia-controlled region, there are credible reports of occupation authorities withholding food, water, and medical aid from Ukrainian civilians until they have accepted Russian passports. State propaganda outlets like Sputnik  then depict lines of residents seeking Russian passports as voluntary, with residents who offer conveniently pro-Kremlin statements. Russian state media widely reported outgoing head of Zaporizhzhya’s Russia-installed “military-civilian administration” Yevgeny Balitsky’s July 14 statement that a referendum  on whether “to join Russia or not” will take place in the first half of September . Balitsky added, “we will not be a second Kosovo ,” claiming NATO had split the former Yugoslavia apart without a referendum. Yet polling data shows that in a free referendum, Ukrainians in the occupied areas would not choose to join Russia. The National Democratic Institute’s May 2022 poll  found that only 3 percent of Ukrainians would like Ukraine to join the Russia-led Eurasian Customs Union, and 90 percent want Ukraine to become a member state of the European Union, with the lowest number, in the east and south, still an overwhelming majority at 84 percent. Recognizing this reality, Russian authorities are stepping up efforts at “re-education.” While Balitsky and other Kremlin-appointed officials spread “denazification ” rhetoric and Zaporizhzhya’s Russia-installed “governor” Anton Koltsov forms a puppet government, efforts to impose a new educational system on Ukrainians in Russia-controlled territories intensify. The Washington Post has reported  Moscow is offering teachers in Russia lucrative salaries to move to Zaporizhzhya and Kherson to “correct” what children there have been taught in the past.

Kremlin state media outlets falsely allege that Ukrainians in the Kharkiv region also seek Russian identities. Vitaly Ganchev, appointed by Russia as the “head of provisional civil administration of Kharkiv province,” claimed  in a July 6 TASS interview that residents of the “liberated” Kharkiv region “aim to join Russia. ” “People hear that there is a power vertical, we are enacting laws, the introduction of the ruble fills a key economic niche, and they are reorienting to accept the new reality,” he said. Kremlin disinformation  outlets  immediately amplified  these false claims. Ganchev was accused  in April by the Kharkiv regional prosecutor’s office of high treason for collaborating with Russian forces and attempting to organize a “referendum” to declare a “Kharkiv People’s Republic,” again . His tactics appear aimed at laying the groundwork for attempted annexation of the Russia-controlled areas, which constitute 30% of the Kharkiv region, and appear timed to Russia’s increased efforts at “passportization.”

The data are clear: the Ukrainian people in any free and fair referendum would vote overwhelmingly against joining Russia, including those living in Ukraine’s east and south. In a survey  conducted by the International Republican Institute in April 2022, more than 90 percent of Ukrainians said their opinion of Russia has worsened since the February 24th invasion. Russian officials recognize this reality despite their disinformation and propaganda efforts. U.S. intelligence indicates that Russian officials are concerned about low voter turnout in these sham referenda and know their efforts to legitimize the illegal land grab will lack legitimacy and will not reflect the will of the people.

Ukrainian people are deeply united in the face of Russia’s full-scale invasion. Surveys  reflect that Ukrainians are committed to their country’s democratic development, with a historic 94 percent saying that fully functioning democracy is important to them. Despite the full-scale invasion, 87 percent of Ukrainians show unprecedented optimism about Ukraine’s future.

Ukraine Will Remain Sovereign and Independent

Thirty-one years ago, the people of Ukraine proclaimed their independence as a sovereign nation. Since 2014, and particularly during the past six months, the world has witnessed President Putin using both military force and deceptive statements to undermine Ukrainian sovereignty. He has failed in that goal despite the suffering he has inflicted on Ukraine. As this war continues, the courage and strength of Ukraine’s people has been extraordinary. As Secretary Blinken pointed out, “Ukraine has not and will not be conquered. It will remain sovereign and independent. The United States and our allies and partners will continue to stand with them and help provide precisely what they need to defend their freedom.”

Source : US Department of State

Russia preparing for second Africa Summit to build closer ties as it pivots away from the West
Xi Jinping, Vladimir Putin to meet on sidelines of summit in Uzbekistan next week