650 million women and girls alive today were married before their 18th birthday. That’s one of the startling figures contained in a 2021 UNICEF report about child marriage. Africa’s sub-Saharan region is home to nine of the ten countries with the highest rates of child marriage in the world. 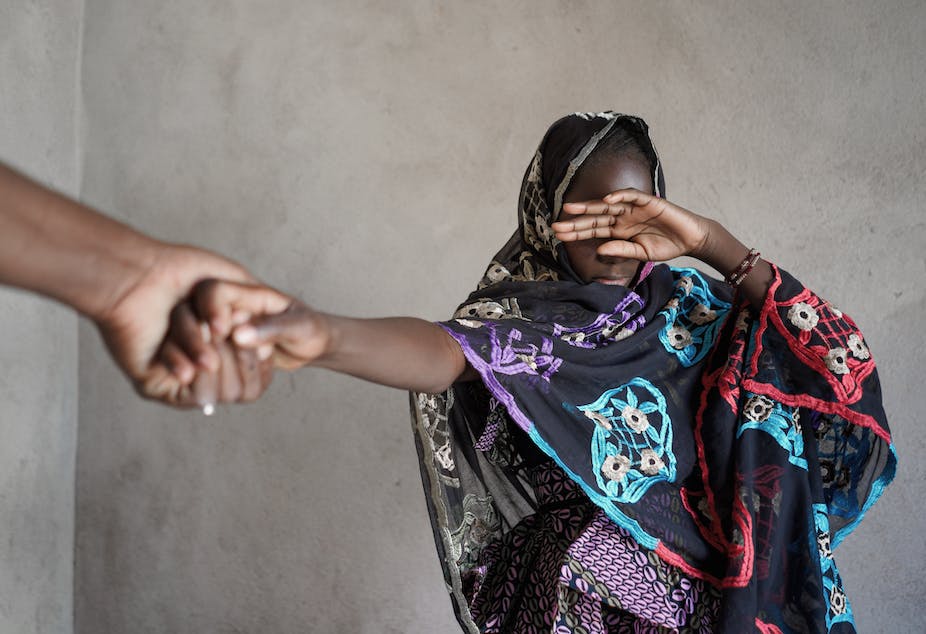 Ingrained traditions and cultural practices typically entrench such early marriages. State or customary laws in 146 countries allow girls younger than 18 to marry with the consent of their parents or other authorities. In 52 nations, girls under 15 can marry with parental consent.

Early marriage among boys is also widespread, though the numbers are far lower than they are for girls and young women.

And it is girls and young women who pay the heaviest costs for early marriage. Girls who marry before 18 are more likely to be subjected to domestic violence and less likely to continue schooling than their peers. They have worse economic and health outcomes, a burden they almost inevitably pass on to their children.

Early marriage has been linked to poorer cognitive development and stunting among the children of such women.

Today, the practice is declining thanks to national and international policies, global treaties and, since 2016, the UNFPA-UNICEF Global Programme to End Child Marriage. But gains have been slow in sub-Saharan Africa.

What is it that drives the practice in the region? That’s what we examined in a recent study. Using statistical analysis, we looked at the socio-economic and demographic determinants of early marriage among young women the Democratic Republic of Congo (DRC), Malawi, Mali and Niger. Each of the four countries has sought to introduce measures to discourage early marriage, but their challenges remain formidable.

One factor stands out across the four countries in our study: education. Women without formal education are more likely to marry early than those who completed secondary or higher education.

The four countries have a great deal in common, including high poverty levels and substantial under-15 and rural populations.

In each country, around 50% of people are younger than 15, and around half of the countries’ respective populations live in rural areas (a full 84% in the case of Malawi).

Among the four countries in our study, Niger has the highest child marriage prevalence worldwide – 76% of girls are married before the age of 18. The rates stand at 52% in Mali, 42% in Malawi, and 37% in the DRC.

For our analysis, we turned to the most recently available demographic and health surveys from each of the four countries. We then applied a framework that seeks to describe the important social-cultural and cognitive variables and their interrelationships that underlie behaviours and decisions around reproductive health.

The answers we found as to why early marriage is so commonplace in these countries were not always clear-cut. What’s more, there were lots of statistical variations across the four countries and contradictions, as was to be expected.

The study also showed that young women living in rural areas were likely to marry earlier than those from urban areas.

These variations’ social, economic, and cultural underpinnings are likely complex and would need some unpacking. In some cultures, for example, girls are married off young as they are considered to be more likely to be virgins still and can thus fetch a higher payment of what’s known as the bride price.

Amid the many statistical variables that emerged, we were especially struck by the relationship between educational levels and average age at first marriage.

The role of education

Malawi is the only one of the four countries where school education is universal, accessible and compulsory.

Education offers young women opportunities in life. In some African cultures, however, allowing girls to finish or even attend school is discouraged as it is feared that an educated girl is less likely to get a husband or be a good wife.

In Malawi, less than 15% of women have any secondary school education, and 42% of girls are married before the age of 18 – the twelfth highest rate of child marriage in the world.

There is an urgent need for governments in these countries to introduce programmes that promote delaying the age at which girls first have sex and to equip adolescents with knowledge about responsible and safer sex.

Policymakers should also work to promote prolonged enrolment in school for adolescent girls. And, crucially, laws are needed – and must be enforced – that criminalize child marriages.