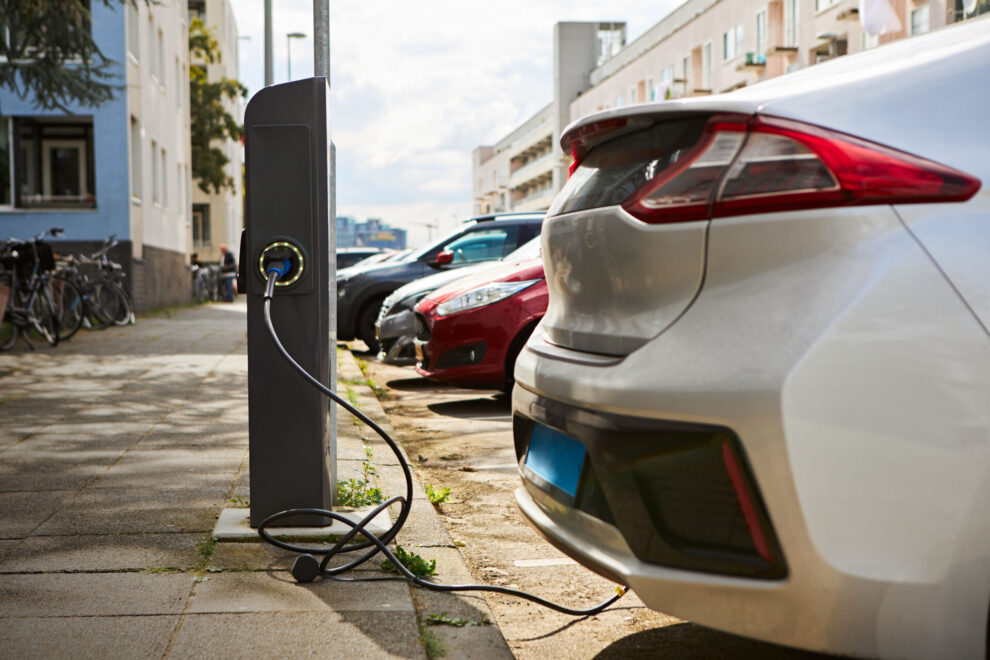 When national lockdowns were imposed around the world this year, many of us stopped moving: we stopped traveling, working, trading, socializing, and exploring. Limited mobility has impacted many industries, but undoubtedly one of the most affected was the transport sector (one of the biggest contributors to global C02 emissions in the last century).

When restrictions made it mandatory for us to remain at home, the sales of, and emissions from, passenger cars in Europe drastically declined. But now that the world is moving again and there is a societal fear of public transport, there has been a new rise in car usag

Banning all passenger cars is unrealistic long-term. But we can replace them with something cleaner, such as the Electric Vehicle (EV). The EV emits on average 18% fewer carbon emissions than fossil-fuelled cars in a complete life cycle: mass EV adoption could therefore have a serious impact on climate change.

EVs had been on the rise for years before the pandemic, due to developments in battery technology, increasing consumer consciousness, and falling prices. And despite this year’s dramatic decline in all car sales, EV sales have performed well , accounting for 8% of total passenger car sales in the first 6 months of 2020 – double last year’s rate. Whilst this is in part due to growing demand for environmentally-friendly options, the EV transition is primarily being driven by government rescue programs, incentives and policies that are making EVs more attractive.

For now, certain European governments seem to be leading the charge with EV incentives. For example this year, the French government launched an €8 billion state plan to revive the country’s automotive sector, and in Germany, the government announced a €130 billion stimulus package prioritizing subsidies for electric car buyers. The European Union is also planning a €1 trillion Green New Deal, with €80-90 billion dedicated to promoting EV adoption and building out appropriate charging infrastructure.

Plans like these are promising and offer hope of a green recovery from the pandemic. Nevertheless, there is still a long way to go. Governments must look not only at reducing the initial buying cost of an EV, but how they can make the cost and ease of owning and running an EV more appealing, such as reduced tolling and parking fees, and better charging infrastructure.

Governments have the opportunity to ‘build back better’ from the global recession, but the private sector also has a huge role to play in accelerating the production and adoption of greener modes of transport. Problems remain throughout the EV supply chain, which could be mitigated with effective investment and innovation.

The problems exist from the very beginnings of the EV supply chain. Many base metals required to build an EV, such as cobalt, nickel, lithium and copper are mined in parts of the world where sustainability and human rights are not prioritized, such as in the Democratic Republic of Congo, where an estimated 60% of the world’s cobalt comes from. The mining sector is in dire need of modernization and stricter regulation, and the whole industry must support mining ventures that commit to common, international fair standards. That is why my company, Fincraft Resources, has begun actively pursuing opportunities in sustainable cobalt and nickel mines in Eastern Kazakhstan. Nevertheless, I believe there remains significant potential for further investment into such projects, which will simultaneously fulfill the EV industry’s rising demand for certain base metals. International collaboration between governments and the private sector is imperative to fund a better, fairer, and more sustainable mining supply chain.

Various other challenges remain to be solved along the supply chain, which are deterring potential consumers and limiting EV uptake. EVs are generally small and compact, and there is a limited variety of models at the lower and more affordable end of the market. However, several carmakers have announced plans to produce more EV models to satisfy the needs of different individuals; for example, Mullen Technologies with a new range of large, family-sized electric SUVs, and Volvo, which plans to release 5 new models by the end of next year. Another drawback of the EV is lengthy charging times, with most EVs taking at least 4 hours to fully charge. But innovative companies like StoreDot are mitigating these issues – this particular Israeli start-up is developing a 5-minute charging battery using non-toxic organic compounds, which will be ready for production next year.

The electrification of the transport sector is well underway. We have the momentum, the innovation, and the growing appetite to catalyze mass adoption, but persisting issues along the supply chain are limiting the EV sector from reaching its full potential. I have no doubt that with effective and concerted action, governments and the private sector can create an enabling environment for greater EV uptake, and that the sector will play a big part in helping us pivot towards a decarbonized, net-zero economy.

We need a strong connection