What is ailing South African football?

What is ailing South African football?

South Africa’s football team offered hope to a divided nation but has struggled to make an impact internationally.

In the early 1990s, South African men’s football team carried the hopes of millions, that it would bring together a divided nation at the end of apartheid.

However, Bafana Bafana have failed to make a lasting impact and observers are divided on the reasons.

Some former national team greats say its problems come from a lack of consistency, others point to the absence of South Africans in top European leagues as an indicator of player quality.

Others say the players, and the team, need to develop their own footballing identity instead of imitating the way teams develop in Europe.

From rising force to flunking out of the group stage

Following the country’s first democratic elections in 1994, the national team looked like a rising force in African football.

It won the 1996 African Cup of Nations (AFCON), lifting the trophy on home soil on its tournament debut, reaching an all-time high FIFA ranking of 16 in August that year.

Things looked promising for Bafana Bafana until the mid-2000s, boasting players such as Benni McCarthy, Steven Pienaar, Quinton Fortune, Lucas Radebe and Fish – all of whom played in the English Premier League. Then the team started to decline.

In the years to follow, Thulani Serero, Kermit Erasmus, Keagan Dolly, Phakamani Mahlambi and Luther Singh were hailed as potential saviours of South African football but have not achieved consistency.

South Africa have not qualified competitively for a World Cup since 2002. The team’s failure to qualify for the 2022 World Cup in Qatar meant it will not feature in a third consecutive World Cup since hosting the 2010 edition where it finished third in Group A.

That early exit gave them the ignominious title of being the only host nation in World Cup history not to progress beyond the group stage.

Since 2010, the team has also missed out on qualifying for four of seven AFCON tournaments – most recently the delayed 2021 event held in Cameroon earlier this year.

Even when Bafana Bafana did qualify for the continental event, the team has not advanced beyond the quarter-finals since 2000.

Former Charlton Athletic defender Mark Fish, who played for South Africa in the 1998 World Cup and in three AFCON events, believes a major change in the mindset is needed, and not just among the players and coaches, but also fans and the media. 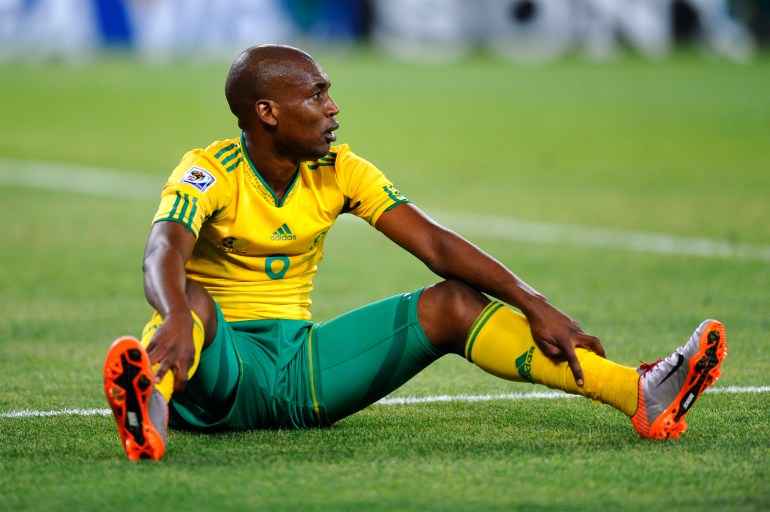 “Sometimes we hear about players playing well in three or four games, and then being talked about as though they are the next best player. Even when I coach youngsters, I find that a player is quickly nicknamed Messi. I tell them they need to earn a nickname like that,” Fish told Al Jazeera.

“What we are lacking now is players who play in strong leagues,” said Vonk. “The experience makes them better players internationally.”

Current national team coach Hugo Broos, a Belgian, recently stirred controversy by saying the DSTV Premiership, South Africa’s top league, was not strong enough to equip players for the international stage, and Vonk agrees that the league is well-organised and marketed, but does not meet global standards.

“There is no good reason why a country of 50 million people is not producing good players regularly,” he said. “The clubs are not focused on youth players but are instead focused first on making money. There is also no structure because the coaches are not educated enough.”

Vonk spent most of his career playing in the Dutch Eredivisie before ending it in South Africa with the now-defunct Ajax Cape Town in 2011.

At the 1998 World Cup, where Vonk started all three group matches, South Africa were outplayed by France in their opening game but went on to draw against Denmark and Saudi Arabia, finishing third in Group C.

In 2002, South Africa started their campaign with a 2-2 draw against Paraguay before claiming their first World Cup win with a 1-0 victory over Slovenia.

Needing only a draw against Spain, an Andre Arendse goalkeeping error meant South Africa crashed out.

“In 2002, we could have reached the last 16 if there was more focus,” said Vonk. “I felt like some of the players did not really feel like they were at a World Cup.”

‘Must do things our way’

Masilo Modubi, another former South Africa international, believes the domestic league harms the progress of aspiring players by trying to emulate systems in Europe instead of forming its own unique football identity.

A former Chelsea youth player, Modubi spent his career in Belgium with Westerlo and Dessel Sport. He currently works as a coach with KESK Leopoldsburg in Belgium.

Modubi said the age limits in the leagues work in Europe because players start their development from the age of six or seven. In South Africa, however, that development doesn’t start until about the age of 21, he said.

“Because of the age limits, the development of players is harmed. We can pick out certain things from Europe but we must still do things our own way. Top former players in South Africa like Teko Modise and Siphiwe Tshabalala only peaked in their late 20s,” said Modubi, adding that many of the best players cannot afford to attend academies. 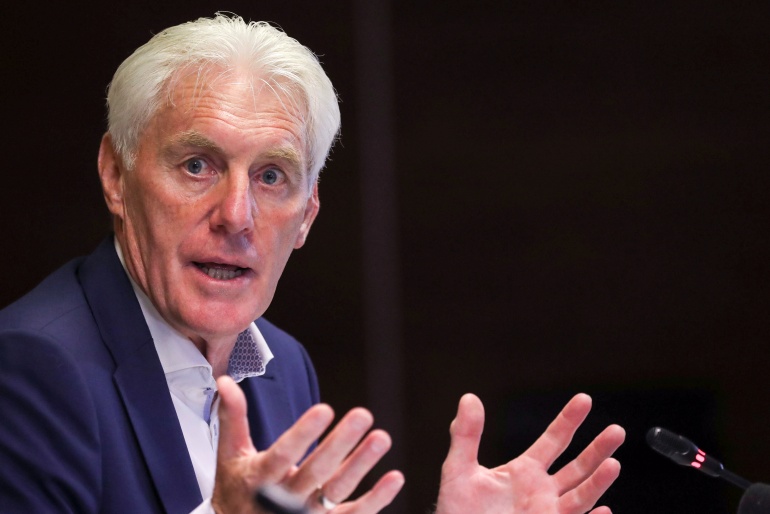 In addition, South Africa has had 20 different coaches in the 30 years since its readmission to international football in 1992.

“There is no consistency in the South African national team. We change coaches like we change underwear,” Modubi said.

“For the public, progress is about winning things. For a coach, progress is taking the team in the direction that he wants. The public in South Africa is less patient than other countries when it comes to coaches.”

Modubi also said the country was losing out on “many talented players who will prefer to watch TV and play on their gaming console instead of playing the sport”.

“There are quite a few players who are good but they are too casual and don’t really focus on developing themselves,” he added.

The South African Football Association (SAFA) refused to comment on what ails the national team.

Neil Tovey, a former Bafana Bafana captain and SAFA technical director – who led the team to AFCON success in 1996 – believes a lack of leadership “and poor mentality” from players may be a key factor behind the inconsistency and a fall in performance.

“They have the talent but they do not have leadership like we had in 1996. When things went wrong, we changed it with our own ability. We did not wait until half-time for an instruction or for a post-match analysis,” said Tovey.

While many have praised Broos for slamming the state of South African football, Tovey thinks the Belgian “must stop looking for scapegoats and try to find something that will make the team better”, and believes South Africa can qualify for the expanded 48-team World Cup that takes place in 2026.