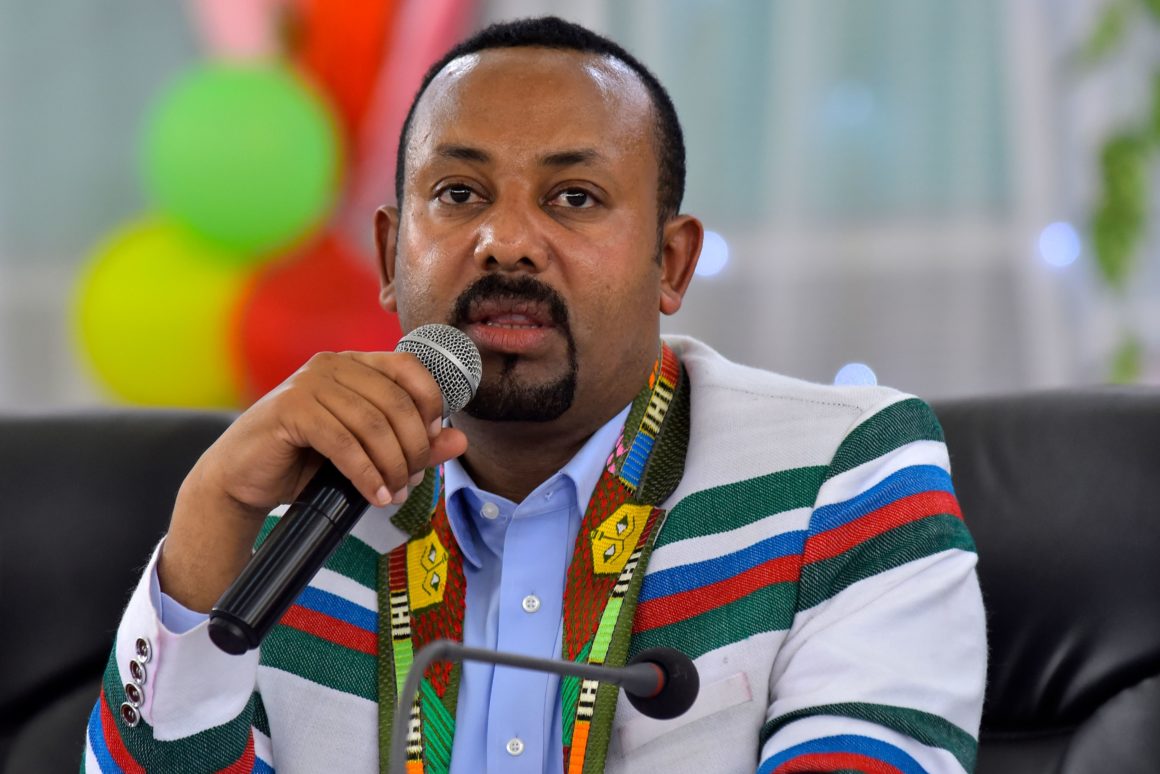 Ethiopian Prime Minister Abiy Ahmed said on Friday his country has “no intention of harming” Egypt and Sudan with its $4.8 billion near-complete dam on the Blue Nile.

Ahmed’s remarks came during his address to the 75th Session of the United Nations General Assembly held online due to the coronavirus pandemic.

“I want to make it abundantly clear that we have no intention to harm these countries,” Reuters reported Ahmed as saying.

Egypt and Sudan are downstream from the Grand Ethiopian Renaissance Dam (GERD) which Ethiopia began to build in 2011. The first filling of the dam’s reservoir was completed this summer, despite the lack of agreement on the filling and operation of the dam between Ethiopia and its downstream neighbours.

“We are steadfast in our commitment to address the concerns of the downstream countries and to reach a mutually beneficial outcome in the context of the ongoing African Union- (AU) led process,” Ahmed said.

Ahmed released these statements despite the fact the last round of AU-brokered trilateral talks on the GERD concluded in August without reaching an integrated draft agreement on the operation and filling of the dam, which is 70 per cent complete.

The last round of AU-sponsored talks between Egypt, Sudan and Ethiopia was launched in July after negotiations between the three countries reached deadlock last year, as did negotiations sponsored by the US and World Bank in February.

The recent AU-mediated talks witnessed a hiatus between 27 July and 3 August after Ethiopia had announced it had completed the first phase of filling the GERD reservoir, as the two downstream countries denounced the unilateral move. The talks were further halted when Sudan called for a suspension of meetings to allow for consultations after Addis Ababa had proposed a package of non-binding guidelines for the filling and operation of the mega-dam.

Egypt and Sudan have been in talks with Ethiopia for years now to reach a legally binding agreement on the filling and operation of the mega-dam.

“Continuing the talks in their current form will not achieve practical results,” said the Sudanese irrigation minister Yasser Abbas on 28 August, the same day the last round of talks was held and eventually stalled.

Ahmed was quoted by Reuters as saying in his speech to world leaders that the project contributes to the conservation of water resources, “which would otherwise have been lost to evaporation in downstream countries.”

The GERD, built 15 kilometres from the Ethiopian border with Sudan, has been a source of contention between the three countries. Cairo that has more than 85 percent of its Nile water flow from Ethiopian highlands fears the massive hydropower project will significantly diminish its crucial water supplies, which is already below scarcity level, from the River Nile, while Sudan fears it could endanger the safety of its own dams.

“What we are essentially doing is to meet our electricity demands from one of the cleanest sources of energy. We cannot afford to continue keeping more than 65 million of our people in the dark,” he said.

Ethiopia stated the 6,000-megawatt dam is key to its development and hopes to become Africa’s biggest electricity exporter with the GERD, which is set to be the continent’s largest dam.

Egypt’s President Abdel-Fattah El-Sisi stressed while addressing the 75th Session of the UN General Assembly on Wednesday that the GERD negotiation period “should not be extended indefinitely” lest it imposes a status quo.

“We’ve spent almost a decade in painstaking negotiations with our brothers in Sudan and Ethiopia, in an endeavour to reach an agreement regulating the filling and operation of the dam and strike the required balance between achieving the development requirements of the friendly Ethiopian people and safeguarding Egypt’s water interests and ensuring its right to life,” El-Sisi stated.

“Over the course of this year, we have gone through successive rounds of intensive negotiations in which the US made invaluable efforts to bring the three countries’ positions closer through the talks that it backed with the assistance of the World Bank over several months. We also entered, wholeheartedly, into discussions initiated by my brother, the prime minister of Sudan. Then, we entered into rounds of negotiations that South Africa, the current AU chair, called for,” El-Sisi said, adding that these efforts, however, did not yield the desired results.