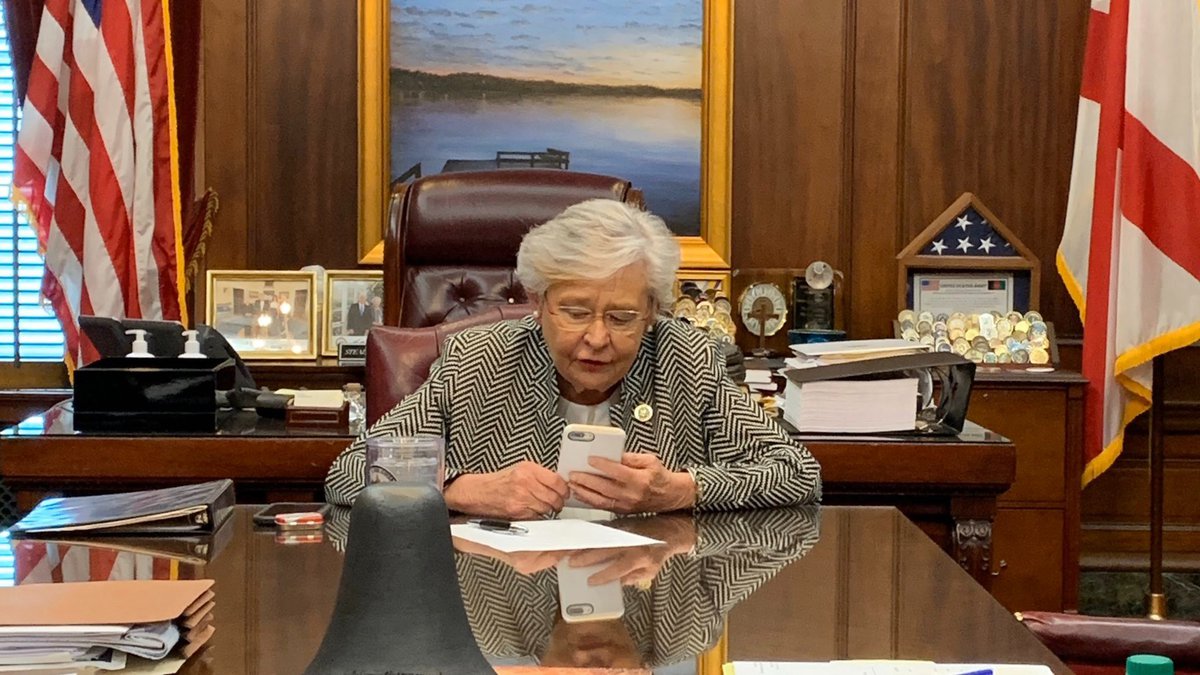 Alabama Gov. Kay Ivey has ordered a halt to executions in the state after two failed attempts at lethal injections, calling for a “top-to-bottom” review of the process.

The announcement came in the form of a press release sent Monday morning. According to the press release, the governor asked Alabama Attorney General Steve Marshall to withdraw the state’s two pending motions in the Alabama Supreme Court to set executions for Alan Eugene Miller and James Edward Barber.

Ivey also asked the Alabama AG’s office to not seek additional execution dates for any other Alabama Death Row inmates until the review is complete. No timeline was provided.

A spokesperson for the Alabama AG’s office said Marshall will ”have more to say on this at a later date.”

Miller was set to be executed on Sept. 22, but survived after prison workers couldn’t find a vein to start the intravenous line needed for the three-drug lethal injection cocktail before the death warrant expired at midnight. Kenneth Eugene Smith, who was set to die Nov. 17, experienced a similar situation and also survived after officials couldn’t start an IV.

A federal judge has ordered the ADOC must preserve evidence from both failed execution attempts.

“For the sake of the victims and their families, we’ve got to get this right. I don’t buy for a second the narrative being pushed by activists that these issues are the fault of the folks at Corrections or anyone in law enforcement, for that matter. I believe that legal tactics and criminals hijacking the system are at play here,” Ivey said in the statement.

“I will commit all necessary support and resources to the Department to ensure those guilty of perpetrating the most heinous crimes in our society receive their just punishment. I simply cannot, in good conscience, bring another victim’s family to Holman looking for justice and closure, until I am confident that we can carry out the legal sentence.”

Hamm also made a statement, which was sent alongside the governor’s.

“I agree with Governor Ivey that we have to get this right for the victims’ sake. Everything is on the table – from our legal strategy in dealing with last minute appeals, to how we train and prepare, to the order and timing of events on execution day, to the personnel and equipment involved. The Alabama Department of Corrections is fully committed to this effort and confident that we can get this done right.”

Three other states have governor imposed moratoriums on executions, but like Alabama have not abolished the death penalty, according to the Death Penalty Information Center. The federal government also instituted a moratorium on executions last year pending a review.

DPIC Executive Director Robert Dunham praised the governor for her decision. “Gov. Ivey should be praised for at least admitting there is a problem,” he said.

But, he called her categorized her comments on “legal tactics and criminals hijacking the system” as “nonsense.” He also said that while an investigation is necessary, that review needs to be conducted independently. “The Alabama Department of Corrections has a history of denying and bending the truth about its execution failures, and It cannot be trusted to meaningfully investigate its own incompetence and wrongdoing,” he said.

“Governor Ivey talks about how she never wants to send a murder victim family to the prison only to go home disappointed that they did not get to see an execution. That is the wrong motivation.”

Alabama Rep. Anthony Daniels said that given the “recent issues that the Alabama Department of Corrections has faced in terms of administering executions,” Ivey made the right choice.

“To be clear, I am not a proponent of capital punishment. Currently, the recent botched executions appear to be the very definition of cruel and unusual punishment. My hope is that this moratorium will be an opportunity to educate the public on the many problems associated with the death penalty and will lead the state to reconsider its position.”