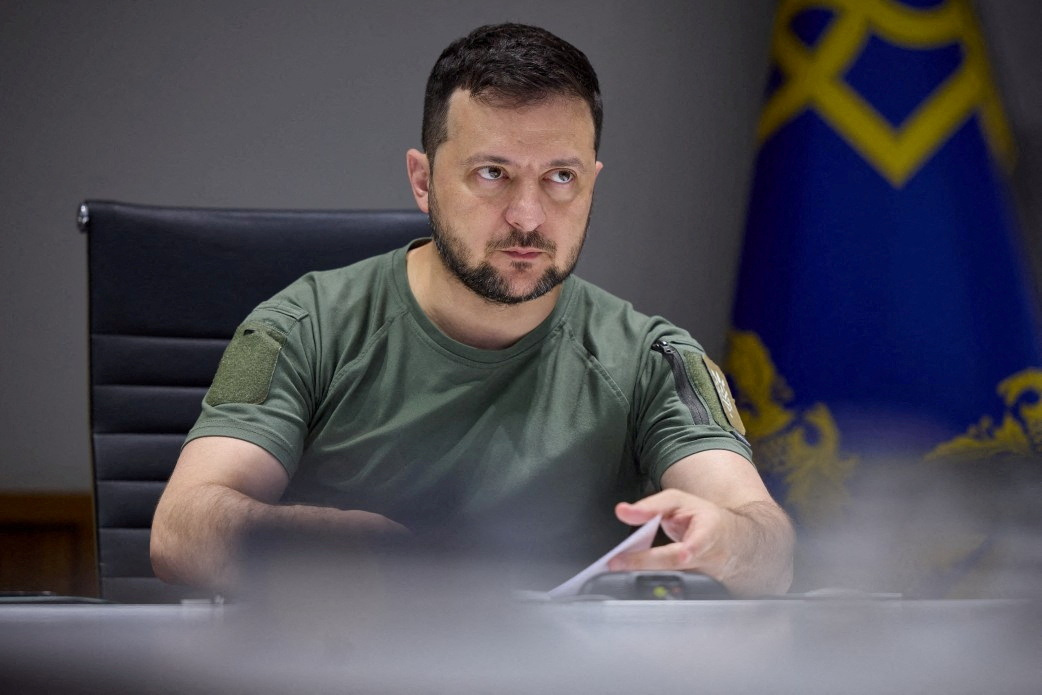 KYIV  – President Volodymyr Zelenskiy hailed his dissolution on Tuesday of a Kyiv court as evidence Ukraine can fight to end a history of corruption and Russia’s invasion at the same time.

“This story has drawn to a close,” he said as he announced he had signed a law liquidating the Kyiv District Administrative Court, which Ukrainian anti-corruption authorities had compared to a criminal organization and whose chairman was hit with U.S. sanctions Dec. 9.

“But the story of reforms continues – it continues, even in the time of such a war,” Zelenskiy said in his nightly video address.

He signed the law the same day it was passed by Ukraine’s parliament, in a nod to extensive judiciary and other reforms needed for Ukraine to join the European Union.

Pavlo Vovk, the court’s chairman, said in a Facebook post that the decision to eliminate the court was purely political, made in haste and one that “those who applaud it today will soon regret.”

The U.S. State Department said Washington was imposing sanctions on Vovk “for soliciting bribes in return for interfering in judicial and other public processes,” and designated two of his immediate family members at the same time.

A corruption case against Vovk was sent to Ukraine’s high anti-corruption court this summer, after years of cases against him being blocked.

Ukraine’s national anti-corruption bureau (NABU) said indictments were issued on June 17 against Vovk, two of his deputies, four of the court’s judges and four others including the head of the country’s state judicial administration.

The accused “acted within a criminal organization” led by Vovk with the goal of seizing state power by gaining control over judiciary bodies and intentionally impeding their work, NABU said. The investigation had amassed more than 16,000 hours of wiretapping, NABU said.

In June, the European Union gave its blessing to Ukraine and neighboring Moldova to join the bloc, the start of a process that may take many years and requires extensive reforms to meet a host of standards from judicial policy to financial services and food safety.