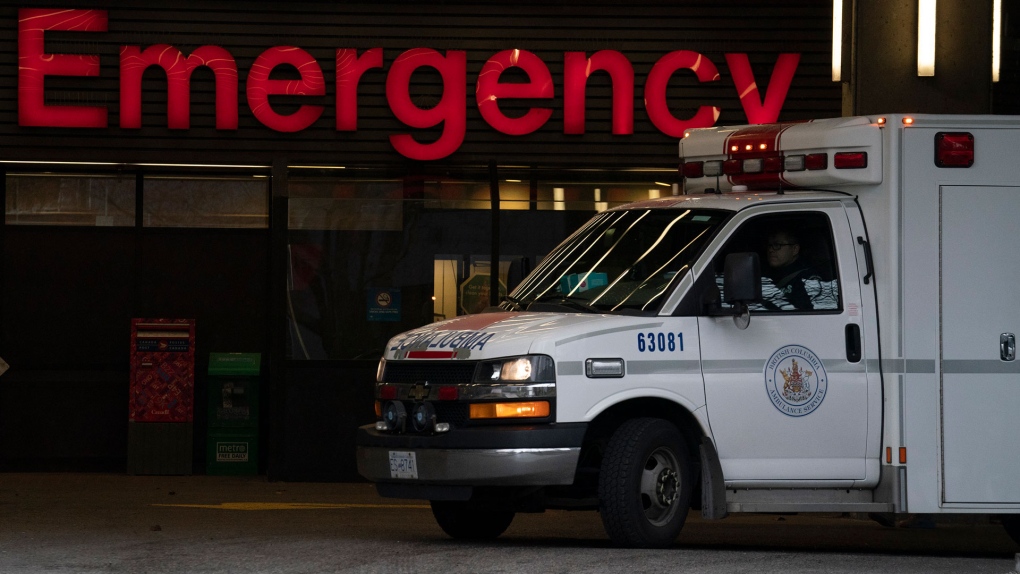 Toronto (27/08 – 20.00) For 36 hours, Liz LeClair suffered through excruciating abdominal pain and vomiting in her home in Dartmouth, N.S., with no ambulance coming to help.

When LeClair was hit with escalating pain earlier this month, she called the province’s virtual health line.

“My signs and symptoms were symptomatic of possibly a bowel obstruction of some kind,” she told CTV News.

But she was told it would be nine hours before she could speak to a nurse.

She called 911 and waited more than two hours for an ambulance. None arrived.

Eventually, she was told the wait to see an ER doctor was currently up to 16 hours.

So she did the only thing she could — praying her symptoms would simply subside, as family members cared for her at home.

Her experience is far from unique.

Across the country, Canadians have been struggling with inflated wait times at hospitals, closed emergency departments, shrinking access to ambulances and long-term care, among other impacts, as the health-care system limps along.

Experts say that drastic action needs to be taken to aid health-care workers.

“We don’t have enough doctors or nurses to be able to take care of all the Nova Scotians and Canadians that need access to care,” Dr. Leisha Hawker, president of Doctors Nova Scotia, told CTV News.

Doctors and nurses coast-to-coast are saying they can’t keep up with the demand. Morale is at an all-time low, according to Tim Guest, president of the Canadians Nurses Association.

“I would say that nurses are exhausted, they’re burnt out, they’re demoralized,” he told CTV News.

In B.C., health experts cite burnout, low pay and mental health challenges as reasons fewer ambulances are on the road.

In some parts, there aren’t any.

Troy Clifford, president of Ambulance Paramedics of B.C., said a marked lack of ambulances is now happening “every day of the week.”

“It’s not just isolated to weekends and nights, and that’s really putting a strain on the system and affecting our patients,” he told CTV News.

In Ontario, the provincial government recently announced that they would be expanding some surgeries into private clinics in an attempt to address backlogs, a troubling move that experts are worried could lead to increased privatization as a way to avoid actually fixing the public health care system.

Ontario Nurses Assocation (ONA) president Cathryn Hoy said in a press release that shifts into privatization “will only line the pockets of investors, nothing more.”

She added: “The evidence is clear: health-care privatization provides worse health outcomes to our patients, and has much higher overhead costs which will be paid by taxpayers.”

Earlier this month, ONA called for the province’s Bill 124 to be repealed, stating that its suppression of wages and benefits for nurses is exacerbating staffing shortages by making it impossible for nurses to support themselves.

In northern Manitoba, at the hospital in Lynn Lake, at least eight patients have been transferred more than eight hours away to Flin Flon because of staffing shortages forcing the closure of all long-term care beds.

Families were only given a 24-hour notice.

A sudden transfer like this means that many families won’t be able to visit their loved ones, according to Lynn Lake city councillor Victoria Phillips.

“There are a lot of families that live in the area that are senior, may not drive, that do not have the means to have their own personal vehicle, so it’s really causing a lot of heartache,” she said.

One of those eight patients died two weeks later.

“She definitely would have been alone,” Phillips said. “I don’t think her family would be able to get there in time.”

In a statement tonight, the Canadian Medical Association president pointed to decades of disjointed and siloed decisions as reasons for the health-care system’s current state.

He says he hopes to see tangible solutions in this week’s meetings between the premiers of Ontario, New Brunswick, Nova Scotia and Prince Edward Island to resolve this crisis.

A previous statement from CMA in July stated that increased federal funding was needed to address the complex, interweaving issues.

“We encourage the federal government to swiftly meet with the provinces and territories to resolve funding issues and develop real solutions to address systemic challenges that require immediate action,” the July statement reads.

Fortunately for LeClair, her symptoms did subside after more than a day of debilitating pain. But she’s haunted by the idea that if things had gotten suddenly worse, there might not have been help available.

“This was the first time that I ever thought that I might die at home,” she said.