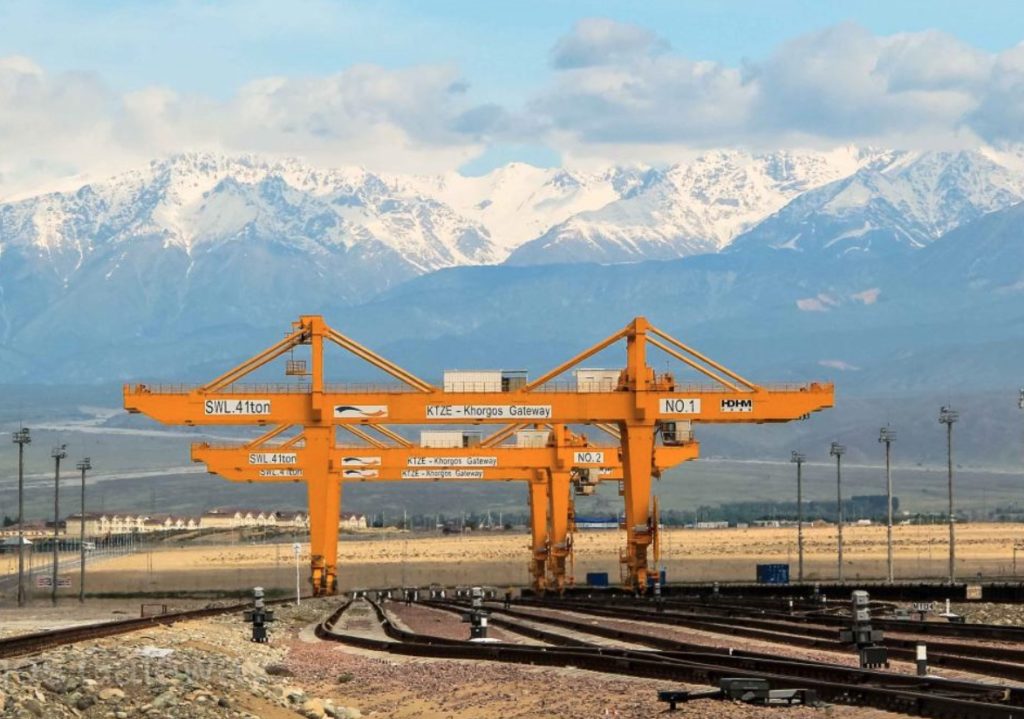 After recent events in Afghanistan and Ukraine, Central Asia has become a crucial region for energy and transport. China, helped by its earlier initiatives in the region, is quickly becoming the biggest player, while Western countries lag behind in economic and strategic engagements.

Central Asia, a vast land with abundant mineral resources and centuries-old Eurasian transport corridors, has resumed its historical importance in recent times. With Russia’s war in Ukraine and Western sanctions on Russia, as well as the US’s withdrawal from Afghanistan, Central Asia has become an important alternative energy source and a crucial intercontinental transportation route.

However, Central Asia’s importance has long been underestimated by Western governments, which have only recently started to scramble for more access to the region. Western governments and organisations have adopted a Washington Consensus type of approach that forms a mismatch with Central Asian countries’ preferences: they have focused on democratisation and liberal economic reforms as pillar stones of their engagement in the region, while Central Asian governments prioritise stability and development.

At the same time, China has intensified efforts to boost economic and security ties with the countries in Central Asia in recent years, and China’s earlier initiatives there are paying off. A similar charm offensive is seen from other countries like Japan, India, Turkey, and the Middle Eastern countries. This policy brief focuses on China’s increased role in Central Asia (here it refers to Uzbekistan, Turkmenistan, Kazakhstan, Kyrgyzstan, and Tajikistan) in comparison with the lagging engagements from the West.

Being home to the ancient Silk Road, the Eurasian Land Bridge—a network of railways that connect Europe and Asia— has gained significance in recent years as an alternative to maritime transport. During price hikes and delays in cargo shipping during the COVID-19 pandemic, rail transport ballooned between China and Europe because of market demand. The war damages in Ukraine and the deteriorated diplomatic relations between Lithuania and China mean that those two parts of the Land Bridge are largely out of operation and the route via Kazakhstan, Russia, Belarus, and Poland has become more important.

With Russia’s invasion of Ukraine, Central Asian countries are trying to reduce their reliance on Russia, which was a significant export market as well as a destination for migrant labour. They have strengthened relations with India, Pakistan, Japan, South Korea, and Turkey, but China overshadows the others.

For China, Central Asia is strategically important because of energy, transport, and the fight against what Beijing calls the ‘three evils’ – terrorism, separatism, and extremism. Already in 2010, China surpassed Europe to become Central Asia’s biggest trade partner. China’s strategic focus turned to Central Asia as a ‘March West’ in 2012 in response to the US’s ‘Pivot to Asia’ under the Obama administration (a shift in America’s foreign policy focus from the Middle East to East Asia).

During the following year in Kazakhstan, Chinese president Xi Jinping announced a multi-billion-dollar infrastructure and connectivity initiative – the Belt and Road Initiative – followed by multifaceted cooperation in infrastructure, traditional and new energy, digitalisation, trade, and non-traditional security like anti-drug trafficking and anti-terrorism.

China’s financing and technology are important for Central Asia, and Beijing’s principle of non-interference (that is, China does not interfere in other countries’ domestic affairs) suits the national governments, some of which have experienced local unrest in recent years. In view of the current uncertainties, China has strengthened its engagement with its Central Asian neighbours, especially in energy and regional security.

Beijing’s earlier initiatives have paved the way for its relative advantage over other players in this region Two existing pipelines deliver a stable supply of oil and gas from Central Asia to China, and they are being expanded. China sees pipeline oil and gas as more secure than shipments, which are subject to higher geostrategic risks and more volatile prices.

The Kazakhstan-China oil pipeline runs 2,798km to deliver crude oil from fields at the Caspian shore in western Kazakhstan to Alashankou in the Xinjiang Province of China. It is also used to transit oil from Russia via connection to a Russia-Kazakhstan-Turkmenistan pipeline. Based on agreements between Chinese and Kazakh governments in 2004 and constructed by their joint-venture company, the pipeline has, since its launch in 2009, delivered over 100 million tons of oil from Kazakhstan to China.

For over a decade, China has been by far the biggest and most interested buyer of Central Asian gas. Two alternative export routes, a trans-Afghan pipeline to India (TAPI) and an East-West pipeline to connect with Europe’s Southern Gas Corridor via a Trans-Caspian pipeline have been delayed due to lack of progress on the European side and lack of financing. Turkmenistan, and to a lesser extent Uzbekistan and Kazakhstan, have relied on China for a large proportion of their export revenues.

The Central Asia-China gas pipeline, China’s first direct transnational gas pipeline, has delivered more than 334 billion cubic meters (bcm) of natural gas from the Galkynysh gas deposit in Turkmenistan via Uzbekistan and Kazakhstan to China since its launch in 2009. The construction of Line D of the pipeline was stagnated but received a boost from the two governments at the launch of a new gas gathering station in Gadyn in June 2022.

Russia has traditionally been the security provider in Central Asia, and China has been the economic partner. But after a series of attacks on Chinese personnel and facilities in Central and South Asia, Beijing realized a need to protect the BRI projects. Combined with heightened security risks after the US withdrawal from Afghanistan and the fact that Russia is distracted in the war in Ukraine, China is making inroads in the security arena in Central Asia in both multilateral and bilateral channels.

Multilaterally, the Shanghai Cooperation Organisation (SCO, a Eurasian political, economic and security organization established by China, Russia, Kazakhstan, Kyrgyzstan, Tajikistan, and Uzbekistan in 2001) has seen an expansion of its membership and agenda. China also initiated C+C5 (China plus five Central Asian countries) meetings in 2020, partly as a response to the US’s C5+1 (USA plus five Central Asian countries) mechanism. Bilaterally, China has become an important seller and donor of military technology and equipment to Central Asia. China has reportedly set up a paramilitary base near the Wakhan Corridor by the Tajik-Afghan border, and China and Tajikistan have conducted joint border patrols and anti-terror exercises.

The West—Too little, too late?

In contrast to the increasing engagement with Central Asia from China, Japan, India, Turkey, and the Middle East (the initiatives of the countries other than China deserve a separate study), Western countries are lagging behind in the race to snatch the next jewel in the crown of Eurasian connectivity, energy, and security. Despite seeing the enhanced importance of Central Asia, the EU has not built up a genuine security strategy in Central Asia but adopted a more indirect and old approach that promotes democracy and links development cooperation with good governance in Western standards.

American forces left Uzbekistan in 2005, and the US handed back its only Central Asian airbase to Kyrgyzstan in 2014. Given the situation in Afghanistan, the US has started to persuade Tajikistan and Uzbekistan to allow US military bases on their territory. However, various challenges and oppositions remain for increased American security presence in Central Asia, including past scandals, unrest, and a mismatch of priorities. According to US experts, the US, under the presumption that Central Asians share Washington’s concerns, has insisted the countries in the region re-evaluate their relations with China because of Xinjiang issues and underplayed the issues that drive policies in Central Asia.

With Russia distracted in Ukraine and the US out of Afghanistan, Central Asia is presented with a window of opportunity to play a balancing game among great powers. However, their existing economic structure, infrastructure, and politico-security situation determine that China is leading the race for influence and resources in Central Asia. For an enhanced role and access to natural resources in Central Asia, Western countries should re-evaluate their economic, political, and security strategies in the region and engage with new thinking. They should have a better understanding of the priorities of the Central Asian countries and make greater efforts in real strategic and economic engagements.

The stalled progress of the planned natural gas pipeline connection between Central Asia and Europe needs to be reviewed as one possibility to deal with the current energy crisis. As Central Asian countries seek to restructure their economies for more advanced technology and less reliance on commodities and labour exports, Western countries, including Denmark, can play a significant role in their transformation. This does not exclude cooperation with China and other countries like Japan and India in Central Asia, as the region is full of opportunities.

US intelligence UAE report: Activities go beyond ‘influence peddling’
Tokayev Receives Congratulations from the Heads of Foreign States on the Occasion of Republic Day