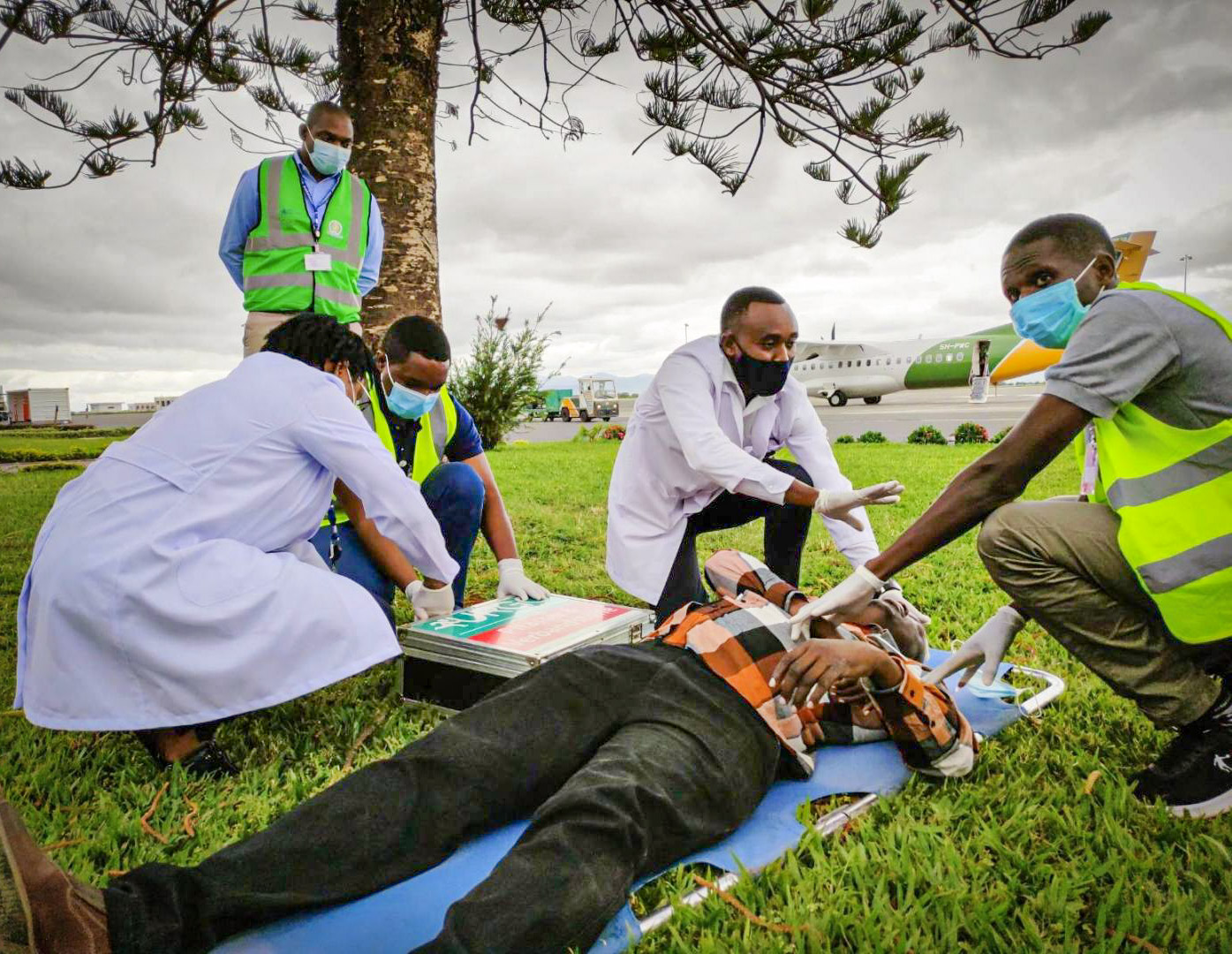 The exercise seeks to assess and improve the functionality of countries’ public health emergency management structures by simulating the early detection of an Ebola outbreak in a fictitious country and its subsequent spread to multiple countries across the region through international travel and trade.

“With more than 100 public health emergencies reported in the African region each year, the heaviest burden globally, it is critical to ensure that robust, coordinated structures are in place to respond to such threats,” said Dr Abdou Salam Gueye, Regional Emergency Director at the WHO Regional Office for Africa. “This simulation exercise is an important tool in identifying strengths as well as areas that require improvement within such structures and building an action plan accordingly.”

The WHO Regional Office for Africa established a regional PHEOC network in 2015 and has continued to support countries develop this critical component of effective health emergency management. During a regional PHEOC network meeting in October 2017 and subsequent meetings, African countries recommended that WHO and partners conduct simulation exercises to assess the functionality of these structures, as well as communication and information sharing between countries. Two such regional simulation exercises had previously been conducted in 2018 and 2019.

An assessment conducted by WHO in November found that the risk of the outbreak spreading to neighbouring countries was high due to the extent of cross-border movements between Uganda and its neighbours for trade, social and cultural purposes. In addition, Uganda hosts many refugees who continue to keep ties with their countries of origin.

“Past Ebola epidemics, as well as the COVID-19 pandemic, have underscored the need to harmonize our mode of operation in the face of increasingly transnational and fast-spreading public health emergencies,” Dr Gueye said.  “WHO, its partners and African countries will continue to work together to ensure that the region is ready to respond to future outbreaks in an effective, collaborative and cohesive manner.”