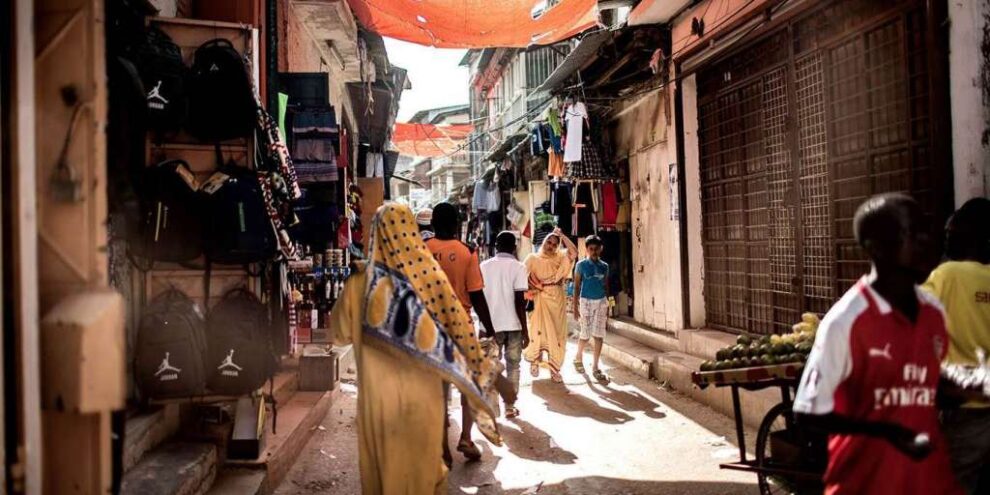 In what is sure to be a pivotal year in the effort to combat climate change, Africa can make significant progress toward a carbon-neutral economy. But to do so, African countries must eliminate barriers to trade and innovation, address institutional decay, and build on recent diplomatic breakthroughs.

WASHINGTON, DC – The past year has been challenging for Africa. After a hopeful 2021, during which the continent-wide GDP increased by nearly 7% and every region experienced real growth, the economy slowed in 2022 amid rising inflation, monetary tightening, and geopolitical tensions. But it was also a year when African countries were finally able to make their voices heard on the global stage. At the start of another critical year, with the continent’s GDP projected to increase at a relatively modest pace of 4.1%, governments can take several steps to boost economic activity and ensure a sustainable future.

For starters, policymakers must foster trade and investment through the African Continental Free Trade Area (AfCFTA). Under a fully implemented AfCFTA, Africa’s combined consumer and business spending is expected to reach $6.7 trillion by 2030 and $16.12 trillion by 2050, transforming value chains and potentially reducing poverty across the continent.

Policymakers should also rely more on Fourth Industrial Revolution (4IR) technologies like artificial intelligence and cloud computing to create new value chains and strengthen economic resilience. To realize the transformative potential of these tools, political leaders must honor the infrastructure commitments they made at the African Union’s 2022 summit on industrialization and economic diversification. Policymakers should also consider investing in strategically important industries, such as pharmaceuticals, agriculture and agro-processing, the automotive sector, and logistics. Sub-Saharan governments must also invest in education, particularly in STEM (science, technology, engineering, mathematics) and digital skills, and seek partnerships with private-sector actors to expand access to information and communication services and mobile phones.

At the same time, because Africa’s economic future hinges importantly on its ability to redefine its global status, governments must build on recent diplomatic breakthroughs. In the past few years, African governments have assumed a more prominent international role, presenting a united front in multilateral climate negotiations. US President Joe Biden has called for the AU to become a permanent member of the G20, which would help solidify the AU’s position as the world’s top agriculture negotiating group. Agreeing on a shared agenda would enable African leaders to secure funding for sustainability-related projects and hold the United States, China, and the European Union to their promises.

Given the impact of the COVID-19 pandemic, rising inflation, and climate change on income and wealth disparities across Africa, concerted action is becoming all the more important. Without it, the United Nations estimates that at least 492 million Africans will be pushed into extreme poverty by 2030, and at least 350 million will remain extremely poor in 2050. Moreover, despite recent progress toward gender equality in educational opportunities and political representation, African women are still more likely to live below the international poverty line, experience severe food insecurity, and leave the labor force to perform care work.

Secure your copy of PS Quarterly: The Year Ahead 2023

To achieve the UN Sustainable Development Goals, African countries must focus on providing quality education, health care, and job-creation programs that leave no one behind, particularly women and young people. African development agencies like the AU’s Development Agency must be given the resources and authority they need to fulfill their mission.

Such capacity building will, however, require African governments to address institutional decay. As Freedom House’s annual Freedom in the World report shows, 2022 was the 16th consecutive year of global democratic decline, and Africa is no exception. If allowed to persist, political instability, corruption, and lack of accountability can undermine even perfect policies. By working with partners and using evidence-based methodologies to monitor projects, assist in implementation, and guide decision-making, African countries could bridge the gap between policy goals and outcomes.

Lastly, ensuring a fair and sustainable green transition remains the most pressing issue facing Africa, the most climate-vulnerable continent. While African countries would need $2.8 trillion by 2030 to meet the emissions targets set by the 2015 Paris agreement, Africa’s annual inflows of climate finance currently amount to only $30 billion. But governments can and must build on the momentum generated by the UN Climate Change Conference (COP27) in Egypt, which resulted in a groundbreaking decision to create a “loss and damage” fund to help developing countries mitigate the worst effects of climate change. Policymakers could mobilize such resources to invest in adaptation efforts and renewable energy.

African leaders must use this moment to accelerate the continent’s shift to a carbon-neutral economy. In what is sure to be a pivotal year for climate-change action, Africa can and must make significant progress toward a more equitable, sustainable, and resilient future.