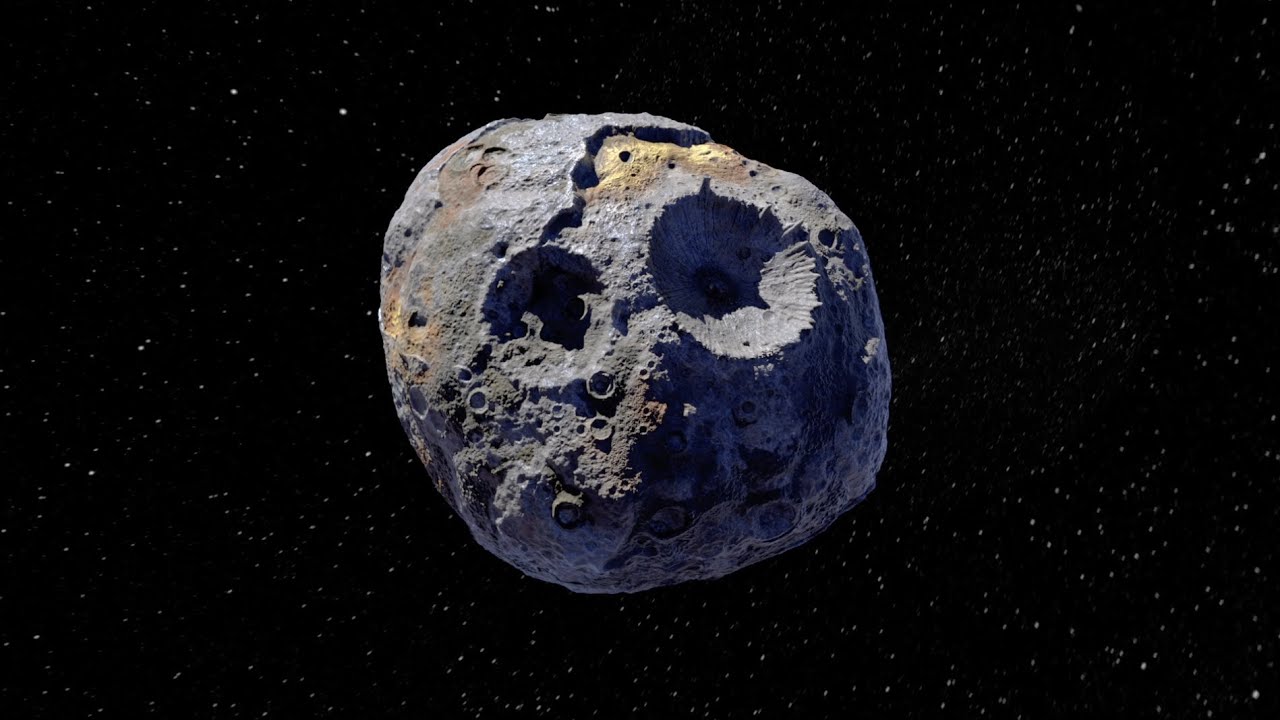 There’s an extremely rare metallic asteroid lurking between Mars and Jupiter, and it’s worth more than the entire global economy. Now, the Hubble Space Telescope has given us a closer look at the object, which is worth an estimated $10,000 quadrillion.

A new study this week in The Planetary Science Journal delves deeper than ever before into the mysteries of the asteroid 16 Psyche, one of the most massive objects in the solar system’s main asteroid belt orbiting between Mars and Jupiter, about 230 million miles from Earth. It measures about 140 miles in diameter — roughly the size of Massachusetts.

Most asteroids are made of rocks or ice. But 16 Psyche is dense and mostly made of metal, possibly the leftover core of a planet that never succeeded in forming — a so-called “protoplanet,” which had its core exposed following hit-and-run collisions that removed the body of its mantle.

The study marks the first ultraviolet (UV) observations of the celestial object. New data reveals the asteroid may be made entirely of iron and nickel — found in the dense cores of planets.

“We’ve seen meteorites that are mostly metal, but Psyche could be unique in that it might be an asteroid that is totally made of iron and nickel,” lead author Dr. Tracy Becker said in a statement. “Earth has a metal core, a mantle and crust. It’s possible that as a Psyche protoplanet was forming, it was struck by another object in our solar system and lost its mantle and crust.”

Scientists studied the asteroid at two points in its rotation in order to view the details of both sides completely at UV wavelengths. They found the surface could be mostly iron, but warned that even a small amount of iron would dominate UV observations.

“We were able to identify for the first time on any asteroid what we think are iron oxide ultraviolet absorption bands,” Becker said. “This is an indication that oxidation is happening on the asteroid, which could be a result of the solar wind hitting the surface.”

Solar wind is the flow of charged particles from the sun’s upper atmosphere, called the corona, throughout the solar system. It’s responsible for the tails of comets as they soar across the sky, the formations of auroras and the possible “space weathering” of Psyche.

Researchers also said the asteroid became more and more reflective at deeper UV wavelengths, which could give some indication of its age.

“This is something that we need to study further,” Becker said. “This could be indicative of it being exposed in space for so long. This type of UV brightening is often attributed to space weathering.”6

Metal asteroids are rare, so Psyche provides researchers with an exciting opportunity to study the inside of a planet. In 2022, NASA plans to launch the unmanned spacecraft Psyche on a SpaceX Falcon Heavy rocket to study the asteroid in an attempt to understand its history and that of similar objects — the first time a mission will visit a body made entirely of metal.

The orbiter is set to arrive at the asteroid in January 2026 to study it for nearly two years. The mission’s leader at Arizona State University estimates that the iron alone on today’s market would be worth $10,000 quadrillion — that’s a one followed by 19 zeroes.

“What makes Psyche and the other asteroids so interesting is that they’re considered to be the building blocks of the solar system,” Becker said. “To understand what really makes up a planet and to potentially see the inside of a planet is fascinating. Once we get to Psyche, we’re really going to understand if that’s the case, even if it doesn’t turn out as we expect. Any time there’s a surprise, it’s always exciting.”

Researchers told CBS News in 2017, when the mission was confirmed, that they don’t plan to take advantage of the value of the asteroid’s composition.

“We’re going to learn about planetary formation, but we are not going to be trying to bring any of this material back and using it for industry,” Carol Polanskey, project scientist for the Psyche mission, said at the time.