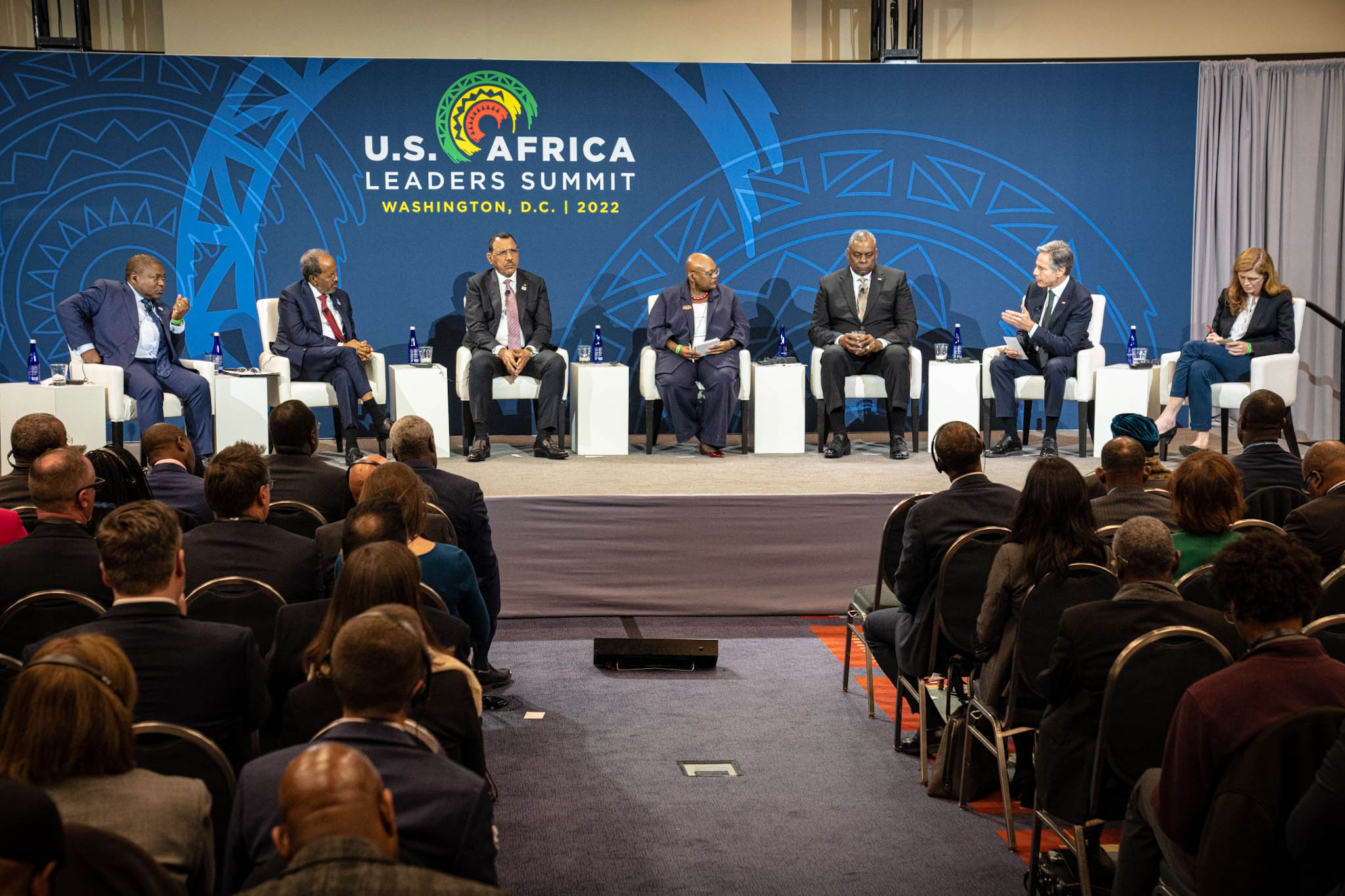 Last week’s US-Africa Leaders Summit brought more than 40 African presidents to Washington, DC for three days of engagement with President Biden, congressional leaders, U.S. diplomats, business leaders, and the African diaspora on an impressive array of issues. The Summit implicitly intended to reset relationships with the continent after the previous administration’s antipathy and the growing presence of other geopolitical players, such as China and Russia, in the region. Explicitly, the White House emphasized the need to see African countries as equal partners and recognize the continent’s tremendous potential. Yet, now that the Summit has ended, what was promised and how can those promises be upheld?

A dizzying sum of financial commitments were made, many of which require congressional approval. Importantly, these commitments are all in priority areas that could be potential game-changers. For instance, the Biden administration announced $55 billion over the next three years to support the numerous objectives outlined in the African Union’s “Agenda 2063”. Infrastructure is among the top targets for this support, and a major priority of  African leaders.

The administration also promised to invest over $350 million in the Digital Transformation with Africa (DTA) initiative to spur digital infrastructure and a digital enabling environment and $10 million in direct funding for the Health Electrification and Telecommunication Alliance (HETA)—an initiative to improve access to electricity and internet to public health facilities across sub-Saharan Africa by 2030. Beyond infrastructure, the US government announced $2.5 billion in additional humanitarian assistance to address food insecurity in Africa,

Other commitments were more rhetorical, such as championing implementation of the African Continental Free Trade Area (AfCTA), reaffirming the U.S.-Africa Food Security Framework, and support for the AU to become a permanent member of the Group of Twenty (G20). The latter pronouncement has been a longstanding demand of the AU, but what it substantively entails, and how it will affect the already fraught consensus-based mechanisms of the G20, remains to be seen. Furthermore, various U.S. government officials conveyed their support for renewing and expanding the African Growth and Opportunity Act (AGOA), which offers eligible sub-Saharan African countries duty-free access to U.S. markets. Yet, AGOA’s expiration in 2025—outside the tenure of the current administration—makes substantive commitments to renewal implausible right now.

Still other areas were more muted. Despite the Summit coinciding with the one-year anniversary of Biden’s Summit for Democracy, good governance received comparatively less attention. This likely reflected the range of leaders invited to the Summit, which included all countries in good standing with the AU and with which the US maintains diplomatic relations. Following a meeting with presidents of six countries with elections in 2023, President Biden promised $165 million to support elections and good governance in Africa in the coming year. This is nonetheless smaller than the $258.8 million for democracy, human rights, and governance that was disbursed by the U.S. to sub-Saharan Africa in 2022.

Ensuring accountability of U.S. leaders to uphold these disparate commitments—and African leaders to deliver for their citizens—will be the critical test of the Summit’s lasting success. Encouragingly, the Summit ended with the appointment of Ambassador Johnnie Carson to ensure that the dialogues result in concrete action and to differentiate “new money” from reallocations from existing commitments. Ambassador Carson’s efforts should be complemented by a platform similar to the foreign assistance tracking system that could be leveraged to incorporate details on financial disbursements made by the U.S. government during the Summit to particular countries and sectors. U.S. businesses that made pledges during the Summit should equally be encouraged to participate in such a platform.

In addition, an “Africa coordinating office” could avoid duplication or contradictory policy efforts across the U.S. government while simultaneously reducing the transaction costs for African leaders to engage with the more than dozen U.S. government agencies and departments that work in the continent. A scaling up of the Prosper Africa Secretariat in the White House, which coordinates U.S. government intra-agency initiatives related to trade and investment in the region, is another option. Relatedly, it is critical to ensure policy coherence with similar initiatives offered by the U.S. government’s other partners in Africa. For instance, the EU-Africa Summit in February 2022 ended with the announcement of a 150 billion euro Global Gateway infrastructure plan, which also aims to support Africa’s digital transition and health systems. Similarly, the AU’s and African Development Bank’s Program for Infrastructure Development in Africa (PIDA) could be bolstered through $5 billion in U.S. government grant funding to “de-risk” priority projects.

Finally, more frequent U.S.-Africa summits could maintain momentum over time. Yet, they need to involve a broader range of African leaders beyond national executives, including parliamentarians, mayors, and community leaders. This would help increase local ownership and awareness of high-level financial and policy commitments, thereby improving the likelihood of their ultimate implementation on the ground.