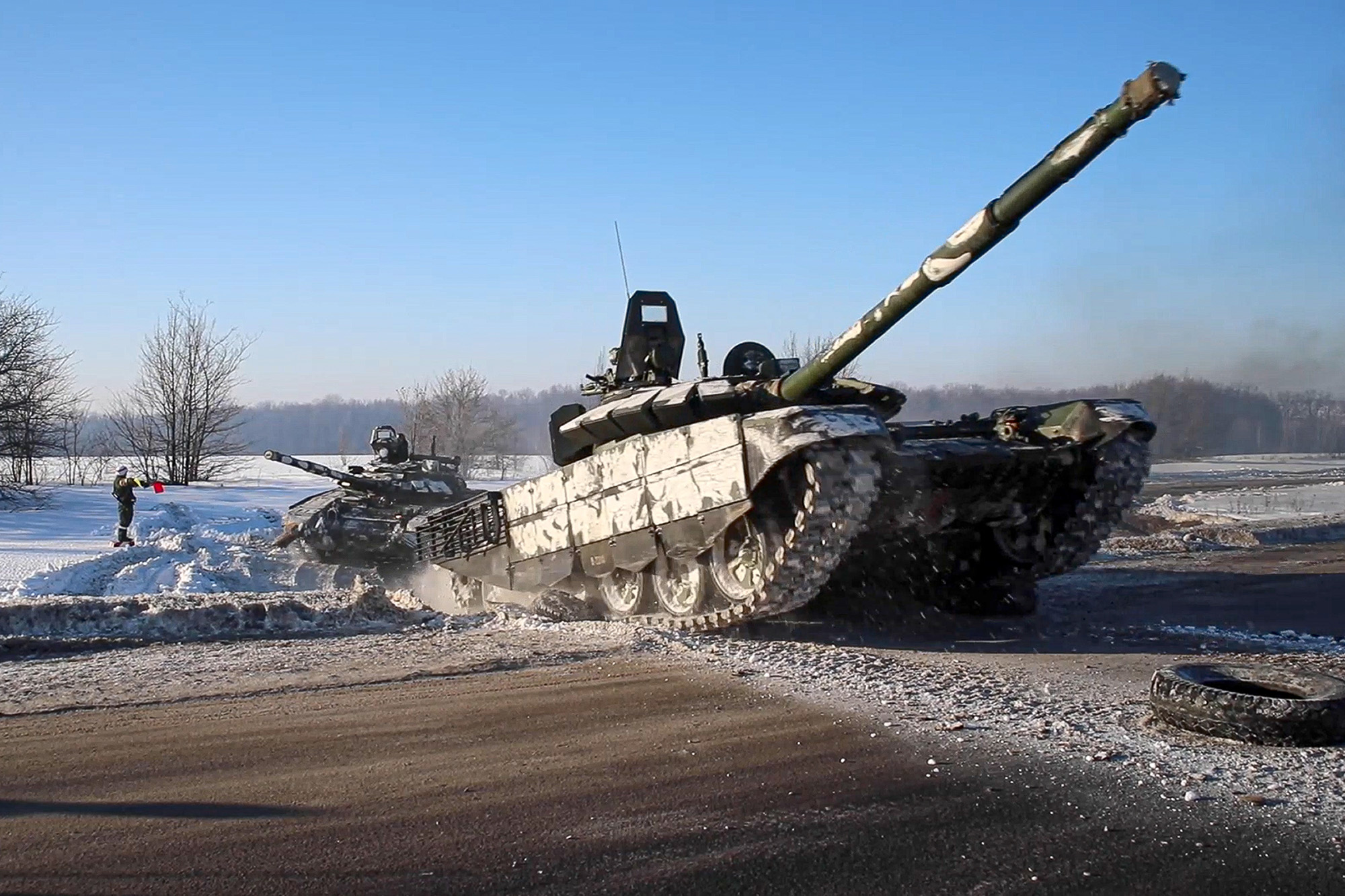 The officials said Zero Hedge, which has 1.2 million Twitter followers, published articles created by Moscow-controlled media that were then shared by outlets and people unaware of their nexus to Russian intelligence. The officials did not say whether they thought Zero Hedge knew of any links to spy agencies and did not allege direct links between the website and Russia.

Zero Hedge denied the claims and said it tries to “publish a wide spectrum of views that cover both sides of a given story.” In a response posted online Tuesday morning, the site said it has “has never worked, collaborated or cooperated with Russia, nor are there any links to spy agencies.”

The officials briefed The Associated Press on the condition of anonymity to discuss sensitive intelligence sources. It was the latest effort by President Biden’s administration to release US intelligence findings about Russian activity involving Ukraine as part of a concerted push to expose and influence the moves of Russian President Vladimir Putin. US officials previously accused Putin of planning a “false-flag” operation to create a pretext for a new invasion of Ukraine and detailed what they believe are final-stage Russian preparations for an assault.

It’s unclear whether US efforts are changing Putin’s behavior. And without releasing more proof of its findings, Washington has been criticized and reminded of past intelligence failures such as the debunked allegations that pre-war Iraq had weapons of mass destruction.

Zero Hedge has been sharply critical of Biden and posted stories about allegations of wrongdoing by his son Hunter. While perhaps best known for its coverage of markets and finance, the website also covers politics with a conservative bent.

In its response online, the site accused the AP of publishing a “bizarre hit piece” and said government officials were trying to distract from “our views of the current dismal US economic situation.”

“The bottom line is that such hit piece accusations that we somehow work with or for the Kremlin are nothing new: We have repeatedly faced similar allegations over the years, and we can absolutely confirm that all of them are ‘errors,’” the site said.

In recent months, Zero Hedge has published numerous articles that accused the US of fomenting panic about Ukraine, which now faces the possibility of an invasion by more than 130,000 Russian troops massed on several sides of the country. Some of those articles are listed as being written by people affiliated with the Strategic Culture Foundation.

The Biden administration sanctioned the foundation last year for allegedly taking part in Russia’s interference in the 2020 US election. US intelligence officials allege the foundation’s leaders ultimately take direction from the SVR, the Russian foreign intelligence service.

Recent articles listed as authored by the foundation and published by Zero Hedge include the headlines: “NATO Sliding Towards War Against Russia In Ukraine,” “Americans Need A Conspiracy Theory They Can All Agree On” and “Theater Of Absurd… Pentagon Demands Russia Explain Troops On Russian Soil.”

In an e-mail sent prior to its online response, the site said there “is no relationship between Strategic Cultural Foundation (or the SVR) and Zero Hedge, and furthermore this is the first time we hear someone allege that the Foundation is linked to Russian propaganda.”

“They are one of our hundreds of contributors — unlike Mainstream Media, we try to publish a wide spectrum of views that cover both sides of a given story,” the site said.

Disinformation has long been used by Putin against adversaries, including the US, and as one tool in regional conflicts to accompany cyberattacks and the movement of military forces. Washington and Kyiv have for months highlighted the issue of Russian influence in Ukrainian media.

Intelligence officials on Monday named two websites they said were directed by the Strategic Culture Foundation. Three other websites are alleged to have ties to the FSB, Russia’s federal security service. The websites did not respond to e-mailed requests for comment Tuesday.

Officials described for the first time what they say are direct communications between Russian spies and the editors or directors of the media outlets. They did not release records of the communications.

FSB officers had directed Konstantin Knyrik, the head of NewsFront, to write stories specifically damaging to Ukraine’s image, US officials alleged. They said Knyrik has been praised by senior FSB officers for his work and requested derogatory information that he could use against the Caucasian Knot, a website that covers news in the Caucasus, where Russia has also maintained conflicts with smaller neighbors.

The editor of PolitNavigator sent reports of published articles to the FSB, an official said. And the managing editor of Antifashist allegedly was directed at least once by the FSB to delete material from the site.

The Strategic Culture Foundation is accused of controlling the websites Odna Rodyna and Fondsk. The foundation’s director, Vladimir Maximenko, has met with SVR handlers multiple times since 2014, officials alleged.

Several of the sites have small social media followings and may not appear influential at first glance, noted Bret Schafer, a senior fellow at the German Marshall Fund’s Alliance for Securing Democracy. But falsehoods or propaganda narratives often start small before they’re amplified by larger actors, he said.

“You see the narrative enter the information space, and it’s very hard to see where it goes from there,” he said.

A manifesto published on Zero Hedge’s site defends its use of anonymous authors and proclaims its goal is “to liberate oppressed knowledge.” Many articles are published under the name Tyler Durden, also a character in the movie “Fight Club.”

The website was an early amplifier of conspiracy theories and misinformation about the COVID-19 pandemic. An Associated Press investigation determined the site played a pivotal role in advancing the unproven theory that China engineered the virus as a bioweapon. It’s also posted articles touting natural immunity to COVID-19 and unproven treatments.

Zero Hedge was also cited in a recent report by the Institute for Strategic Dialogue that examined how far-right extremists are harnessing COVID-19 misinformation to expand their reach. Twitter briefly suspended Zero Hedge’s account in 2020 but reinstated it a few months later, saying it “made an error in our enforcement action in this case.”

The US moving to name the website could inform some people who come across its content online, Schafer said.

“My guess is that most of the people who are loyal Zero Hedge followers naturally are inclined to mistrust the US government anyway,” he said, “and so this announcement is probably not going to undermine most of Zero Hedge’s core support.”

Raping Sri Lanka: the Sajith Premadasa Way
Dark side of the moon