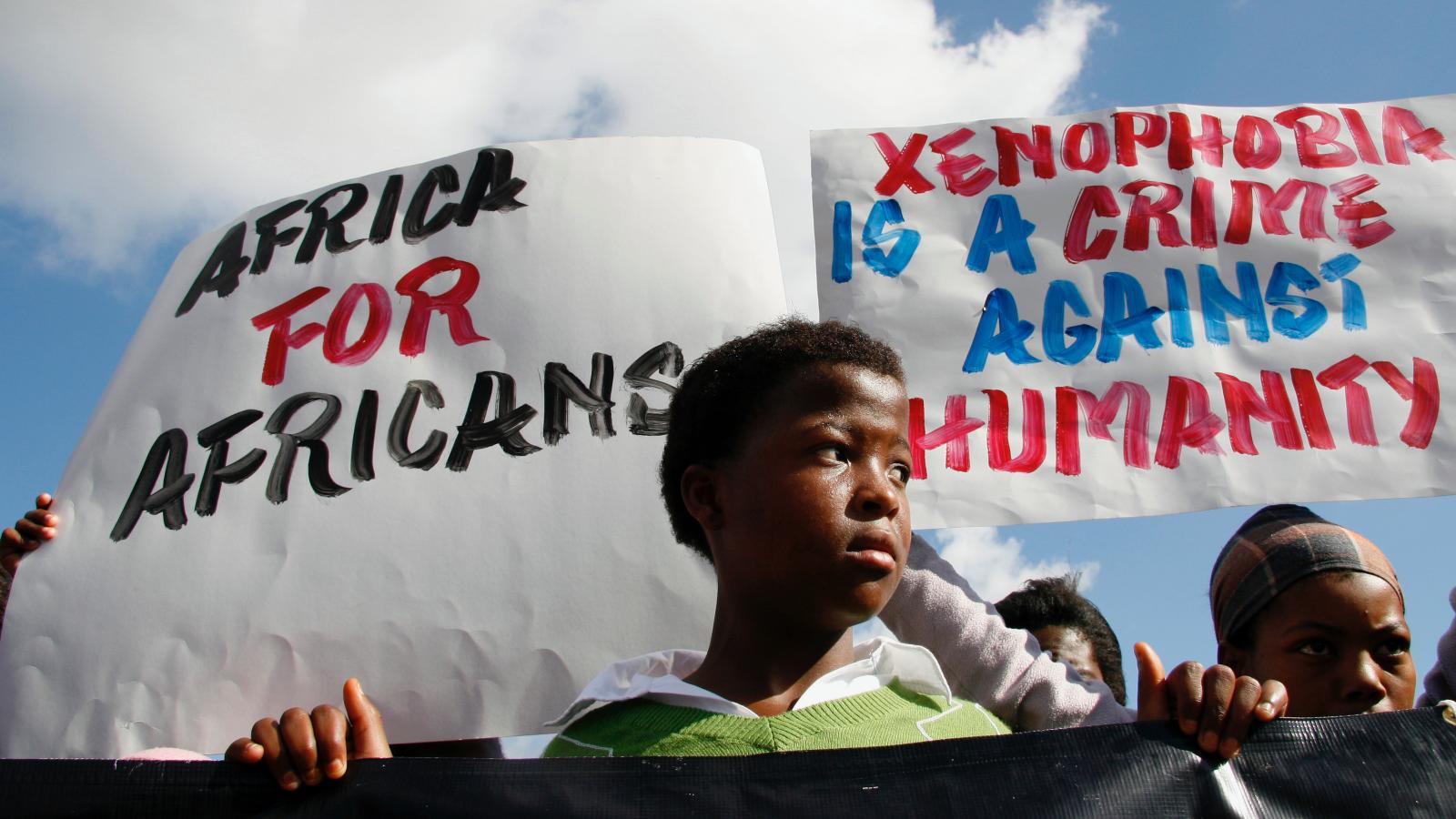 Rising xenophobic rhetoric on social media is sparking fears of impending attacks on foreigners in the country.

After a flurry of tweets led to a protest outside the Nigerian embassy in Pretoria on Wednesday, cyber forensic investigators, human rights groups and foreign national associations are warning of growing dangers from the spread of xenophobic rhetoric on social media.

This week cyber researchers from the Digital Forensic Research Lab (DFRLab) claimed to have unmasked disgraced SANDF lance-corporal and former UN peacekeeper to the Democratic Republic of the Congo (DRC) Sfiso Gwala as the person behind the anti-immigrant Twitter account, @uLerato_pillay.

The account has seen followers calling for foreigners to be attacked.

Gwala, who lives in Richards Bay, KwaZulu-Natal, is among 34 former SA soldiers, who were recalled from a UN peacekeeping operation in the DRC in 2015 and fired for absconding.

Gwala failed to respond to e-mails and cellphone messages.

When TimesLIVE did a Truecaller search on cellphone numbers listed for Gwala, one of the numbers was linked to the name Lerato Pillay.

A man answering that number said he bought the phone with the simcard in Mitchells Plain, Cape Town.

Gwala, according to an associate, was allegedly involved in Wednesday’s march by Action for Change (AFC) and the Khoisan Revolution Party on the Nigerian embassy.

In September 2019, Human Rights Watch issued a scathing report against SA after deadly xenophobic violence in Johannesburg in August, which left 12 people, including South Africans, dead.

Three months after the violence, the @uLerato_pillay account was launched.

“Although we have not yet received a formal complaint we will look into the account to assess alleged violations and determine the appropriate manner to deal with such conduct. We still need to verify if [Sifiso Gwala] is responsible for the account and comments.”

Humphrey Kgwadi, whose nephew, Isaac Sebako, 28, was killed in Coronationville in August 2019’s violence, said he was worried.

“People are talking about hurting foreigners. They blame foreigners for crime and for taking jobs. Government needs to do something to calm people down.”

Sebako was allegedly shot by a Pakistani store owner, as he walked past a shop that was being looted.

“The store owner was arrested. While I understand people’s anger, it is also South Africans who commit crime.”

Moses Mogali, an AFC founding member, said Gwala had expected to be outed and was lying low because his face had been published.

He said while he would not call Gwala a friend, they were “fighting the same fight”.

“Gwala was also involved in the march on the Nigerian Embassy.”

Using open source online systems, and corroborating evidence with court documents filed by the SANDF in the 34 soldiers’ dismissal court case, he discovered Gwala was allegedly behind @uLerato_pillay.

“Before Gwala assumed the Lerato Pillay persona, his tweets were not xenophobic. He posted abrasive replies to celebrities on Twitter to attract followers.

“His tweets became more xenophobic in February this year as people increasingly followed the account.”

“What stood out from the mapping was his intimate knowledge of the SANDF, the army’s foreign deployments, especially to the DRC … in particular, he knew a lot about the court case involving these soldiers.

“There were also a lot of tweets about 121 SA Infantry Battalion, which is Gwala’s former unit.”

Le Roux said Gwala was very careful about how he tweeted and did not specifically call for foreigners to be attacked.

“Instead, this has been a gradual, months-long process of vilifying foreigners and fuelling anti-foreigner sentiments.

“We found how he manipulates crime news reports, when there is absolutely no evidence that the suspect is a foreigner.

“Reviews of responses to tweets showed hundreds of replies suggesting fatal action to be taken against foreigners.”

“It [social media] provides a platform for people to share grievances and collectively shift blame on a nationality and harnesses support from other online users.”

She said the government’s national action plan to combat racism, discrimination, xenophobia and related intolerances needed to be implemented.

“Perpetrators of xenophobia need to be held accountable.”

Nigerian Union SA chair Adetola Olubajo said he was happy the person behind @uLerato_pillay had been revealed.

“He has done a lot of damage by spreading hate. Hate fuels anger in the minds of gullible people. Its effect goes beyond social media.

“People see these things and believe what they have read. They don’t realise that the account may be fake. Many foreigners and Nigerians in particular have been victims of anger and hate. There are lots of accounts like this used to spread hate.”