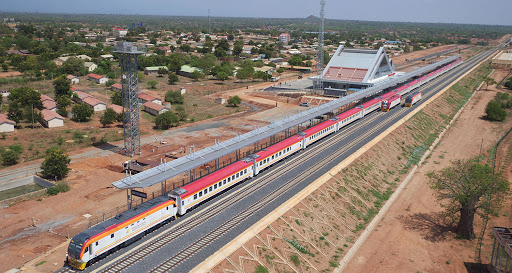 Eleven families were on Tuesday left homeless after Kenya Railways officials evicted them from the corporation’s houses.

The incident placed a senior Kenya Railways (KR) official on the spot as the tenants cried foul on the eviction saying that persons with interest on the property were behind their woes.

The families which included some former KR employees explained that one of the corporation’s officials arrived at their doorsteps Tuesday morning accompanied by a group of youth to supervise the eviction.

Among the victims was Fredrick Mosomi, a former KR Station Master who explained that he retired last year and was yet to clear with the corporation.

“He (official) knocked on our doors at around 6am. He ordered us to leave the houses with any money and mobile phones that we had as the youths removed the rest of our stuff. No explanation was given,” said Mosomi.

He explained that he worked for Kenya Railways for over three decades and had lived on the property for the past ten years without ever defaulting the Sh15,000 monthly rent.

“I have religiously paid rent to the corporation but have been humiliated by those who are now in office after my retirement. They have destroyed some of my furniture as they kicked us out,” said Mosomi.

Fridah Kambai, a widow, explained that she had lived in the KR house for nine years and was shocked as the corporation ordered her to exit without notice or explanation.

“It is not my property but they should direct us to leave with decorum. I was not informed that I should vacate the property until this morning when they started throwing my property out. I don’t owe them a penny,” said Kambai.

Eric Atuya, a father of four said that the incident had left his children traumatised as the hired youth stormed their house while they were asleep.

“My children woke up to find the hired youth inside their room carting away their belongings. It is suspected that they zeroed in on us despite not having flouted any of our tenancy agreement,” said Atuya.

The tenants marched to the Nakuru Railways Police Station where they sought audience with Railways OCPD Said Shungi.

Shungi explained that the eviction was illegal as the corporation had not obtained a court order to evict the families.

“I am only aware of a demand letter for rent arrears sent by the corporation to the tenants. Whatever the Estate Manager is doing is illegal unless they produce an eviction order which they are yet to,” said Shungi.

He added that the eviction was suspect seeing that the tenants were in possession of documents indicating that they had cleared their arrears up to last month.

“The tenants have presented to me bank slips for rent between April and September. They have no arrears. The families should be allowed back to their houses and the right procedures followed,” said Shungi.